By Chris Williams: Errol Spence Jr. is talking about wanting to return to the ring in July or August potentially against Danny Garcia, and he says he wants Terence Crawford in 2021. The IBF/WBC welterweight champion Spence Jr. (26-0, 21 KOs) hasn’t fought since defeating Shawn Porter by a 12 round split decision last September on Fox Sports pay-per-view in Los Angeles.

Spence says he’s already in training camp staying in shape for his next fight, be it in July or August.

Spence has been sidelined since his terrible car crash on October 10 in Dallas, Texas. Before the accident, Spence, 29, was pegged to return to the ring in January 2020 against Danny Garcia (36-2, 21 KOs) for a pay-per-view fight on Fox Sports.

Unfortunately for Spence, his car crash has derailed the first three months of 2020, and he could be out of the ring a lot longer. Targeting July or August for his next fight sounds safe right now for Spence, but the coronavirus pandemic could prevent him from fighting this summer. 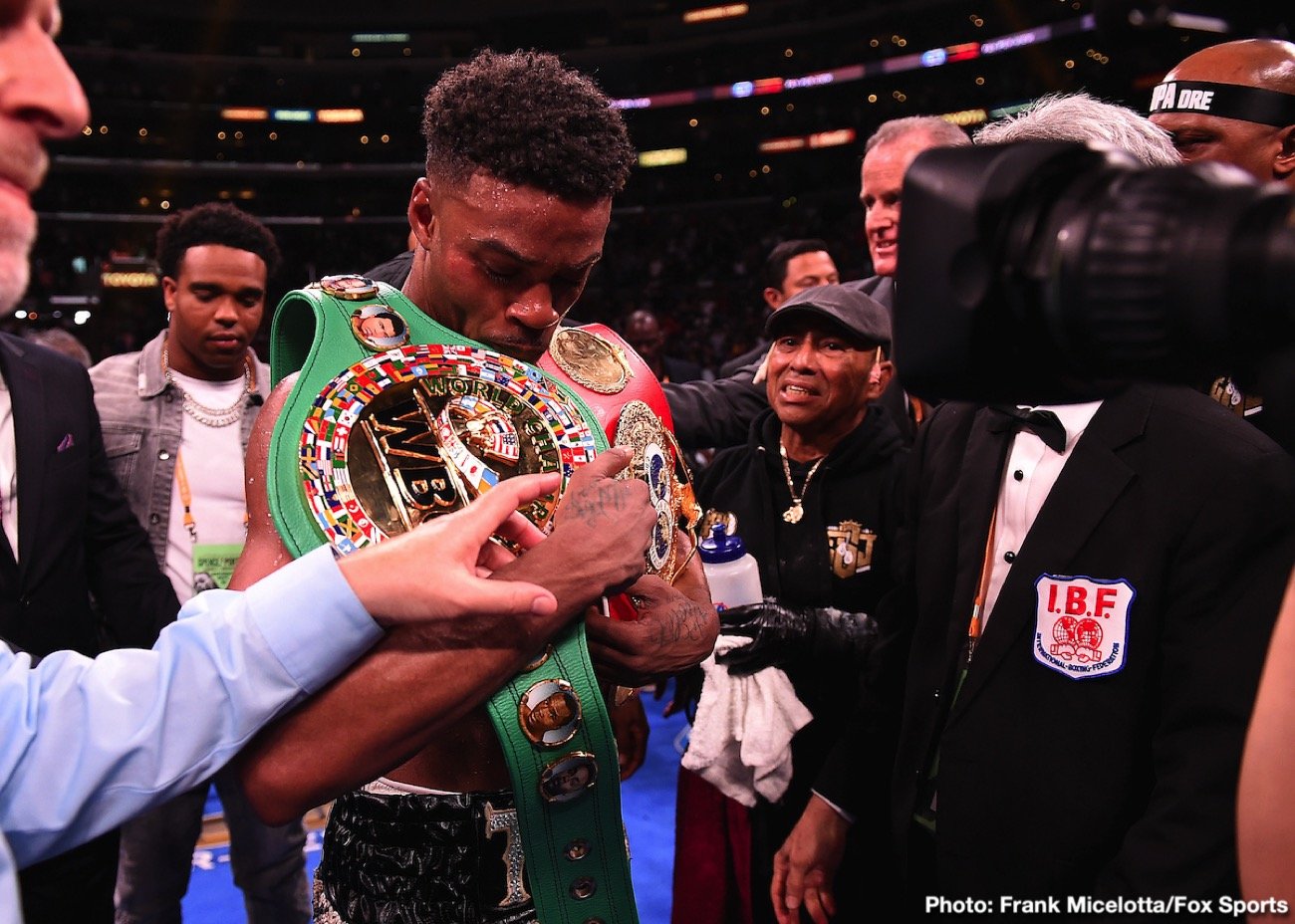 Spence wants to fight in July or August

“I’m already in camp. I’ll be fighting in August, July or August,” said Spence on social media. “I don’t know [who is next]. If Pacquiao wants to fight, I’ll fight Pacquiao. Maybe, Danny Garcia, we’ll see. We’re going to fight.

“If we don’t fight this year, then definitely next year. We’re going to fight,” said Spence when asked if he’ll be fighting Terence Crawford. Next year it’s going to happen for sure. Real talk. For sure,” said Spence.

A tune-up for Spence would be a good idea to make sure he’s still cogent from the car crash, as he can’t afford to go into a fight against one of the best if he’s not right.

During his talk on social media on Tuesday, Errol’s speech sounded slow and different from the way he used to before his car accident. Boxing fans worry that he may have some physical problems lingering from the car crash, whether that be teeth or neurological.

It would be interesting to know what a medical professional would say about Spence after listening to the way he’s talking now. Would they have concerns about the Spence the way that boxing fans do? Perhaps. Anytime someone sounds different after a bad car crash, it’s something that would cause worry.

For Spence, it’s even more important that he be checked out to make sure he’s OK because he’s a boxer and he wants to fight the best. Not talking a tune-up obviously is going to put Spence back on the firing line immediately when he returns to the ring at some point.

The slowness of Spence’s speech is a concern for a lot of boxing fans because they feel that has nothing to do with him having problems with his teeth. If Spence’s speech is a sign that he’s not 100 percent healthy, he could have problems when he does fight again. Danny Garcia is too good of a fighter for Spence to beat with him less than 100% on the night.

Floyd Mayweather Jr. no longer expected to fight in 2020 »