Derrick Jefferson in medically induced coma due to coronavirus 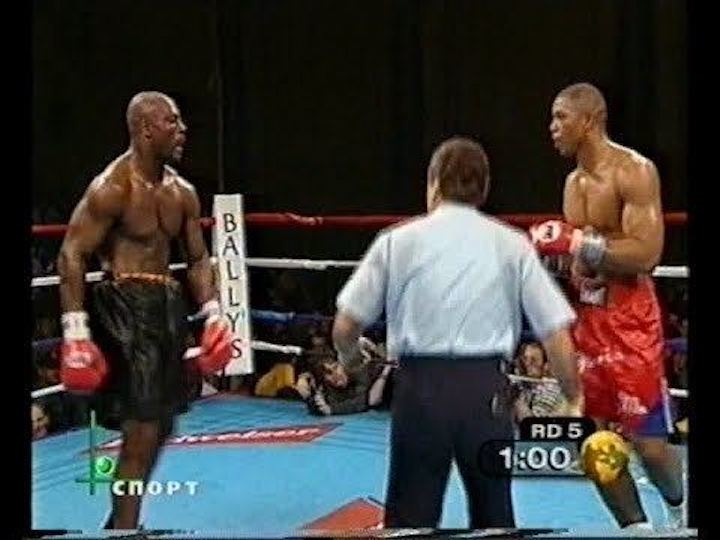 By Allan Fox: Former heavyweight world title challenger Derrick Jefferson is reportedly in a medically included coma in a hospital due to coronavirus. The 52-year-old Jefferson (28-4-1, 21 KOs) is hospitalized in Beaumont, Michigan, according to ESPN. Jefferson is the first notable boxer that has contracted the coronavirus.

Jefferson was a rare big man who could fight on the inside and throw with massive power while in close. The power that Jefferson had was world-class, but unfortunately punch resistance is what limited his career success.

The 6’6″ Jefferson initially tested negative for the coronavirus, but in a second test he came up positive. This week it had been reported that Jefferson was on a ventilator.  Boxing News 24 hopes Jefferson can pull through this illness.

Jefferson was one of the more exciting heavyweights in the division in the late 1990s and early 2000s. He rose to prominence in his war with heavyweight contender Maurice Harris in an HBO televised fight in November 1999. Both fighters stood in the center of the ring nailing each other with huge shots. Jefferson was total war.

In round 2, Jefferson knocked Harris down twice and seemingly had him ready to be stopped. However, Harris came on late to drop Jefferson in the closing moments of the round. In the 6th, Jefferson dropped Harris twice to get the stoppage. The final knockdown was a beautiful left hook from Jefferson that put Harris flat on his back on the canvas. The referee Steve Smoger then stopped the fight. That was an unreliable round. Harris showed a lot of heart in going out on his shield.

Unfortunately for Jefferson, he wasn’t able to continue on with his success in his career. That victory was pretty much his moment in the runner. In Jefferson’s next two fights, he was stopped by David Izon and Oleg Maskaev. Jefferson did land a lot of shots on Izon before being stopped in the 9th. Izon took a massive amount of punishment from Jefferson in their fight in January 2000.

Like Jefferson, Izon’s own career went downhill after their tight, as he was beaten three consecutive times by Alfredo Cole, Joe Mesi, and Fres Oquendo. Whether those defeats were due to the wear and tear that Izon took against Jefferson is unknown.

In March 2001, Jefferson challenged WBO heavyweight champion Wladimir Klitschko and was subsequently stopped in the 2nd round. Wladimir got to Jefferson early in hurting him with a left hook to the head.

The big 6’6″ Ukrainian then dropped Jefferson 3 times before the fight was halted in the 2nd.  Jefferson rebounded from that loss to win five consecutive fights before suffering a 2nd round knockout defeat to the hard-hitting in DaVarryl Williamson in April 2005. Following that defeat, Jefferson retired from boxing. Had Jefferson fought in this era, he likely would have continued fighting, as he would have been valuable an opponent for the top contenders in the division.