DAZN to launch in UK on May 2, will show Canelo vs. Billy Joe Saunders/Callum Smith 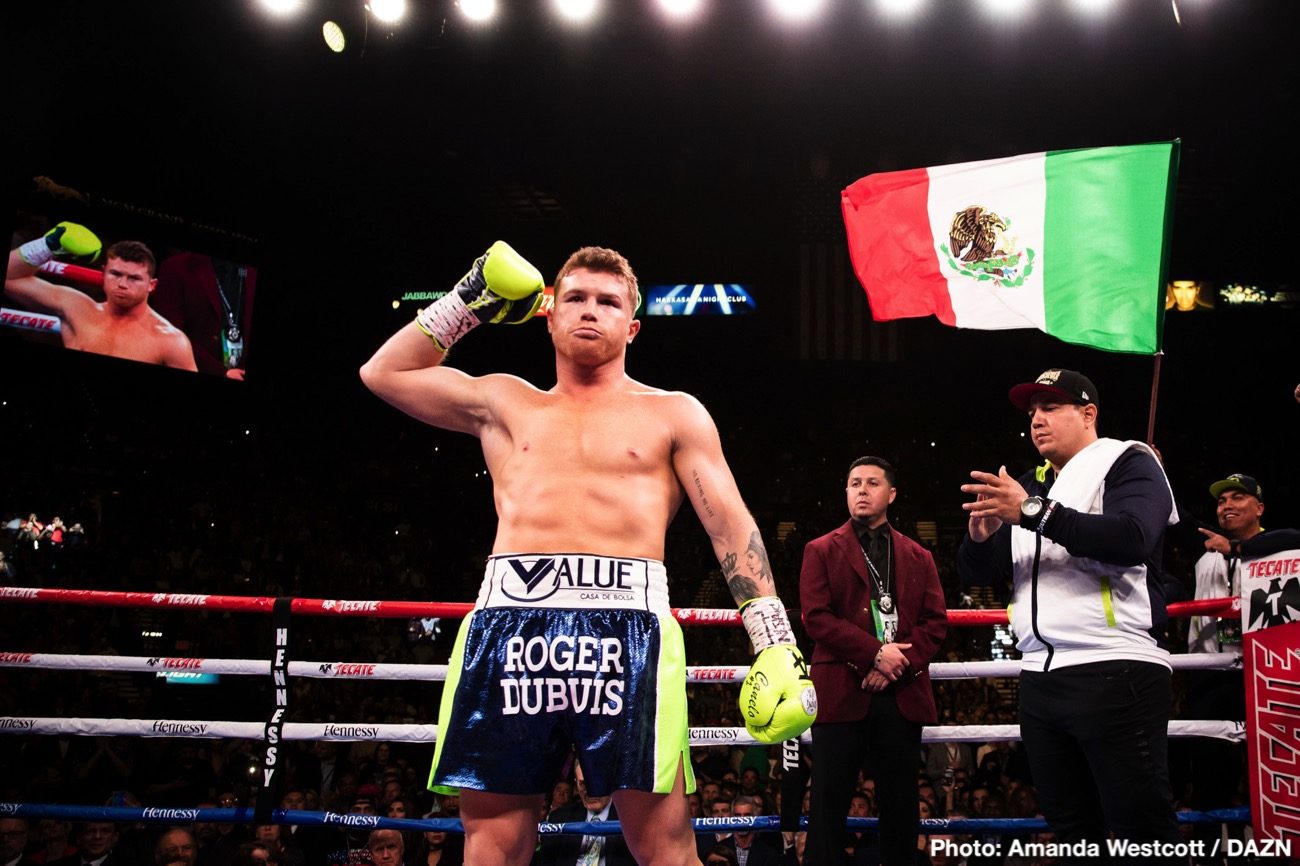 By Charles Brun: In what could be a huge blow to Sky Sports Boxing, DAZN will be launching in the UK this May starting with Canelo Alvarez’s expected fight against Billy Joe Saunders or Callum Smith. DAZN is expanding to the UK as well as other parts of Europe.

Golden Boy and GGG Promotions cards will be shown on DAZN in the UK and eventually Matchroom once their contract with Sky expires in 18 months. Canelo Alvarez and Ryan Garcia are just two of Golden Boy’s stars that they have in their stable, so there will be some interesting fights for UK boxing fans to see on DAZN right off the bat.

Once Matchroom’s contract with Sky expires, then there will be a massive amount of fights available to fans in the UK. Canelo is with Golden Boy Promotions, NOT Matchroom, which is why his fights will be shown on DAZN in the UK.

For some UK fans, they won’t see it as worthwhile to sign up for DAZN until they’re able to watch the Matchroom cards, but there’s a lot of great fights that they’ll be able to see until then.

The monthly subscription price for the UK fans is £4.99. This would come out to £60 a year. One would expect that the UK subscribers will need to pay upfront the £60 for that price to stick, otherwise, it could be higher.

There’s no word yet the £4.99 will cover fights that normally would be on pay-per-view. Obviously it wouldn’t be as good a deal for UK fans if they have to pay extra to see the big fights involving the big stars in boxing.

According to Dan Rafael, Matchroom Boxing still has 18 months left on their contract with Sky Sports, which means that their fights won’t be shown DAZN until that time period elapses. So for the UK viewers that choose to subscribe to DAZN, they’ll likely see a lot of U.S fights and possibly some UK fights that aren’t shown on Sky. There are a lot of interesting fights that take place in the U.S, and it still seems like a great deal for UK viewers in only having to pay £4.99 per Month.

DAZN is expecting from 9 territories to over 200, says Rafael. The company is expanding globally in boxing. If DAZN is able to expand into other sports like football in the UK, that would be a big positive for them.

It’s unknown which promotional company in the UK will team up with Sky Sports once Matchroom Boxing’s contract with them expires.