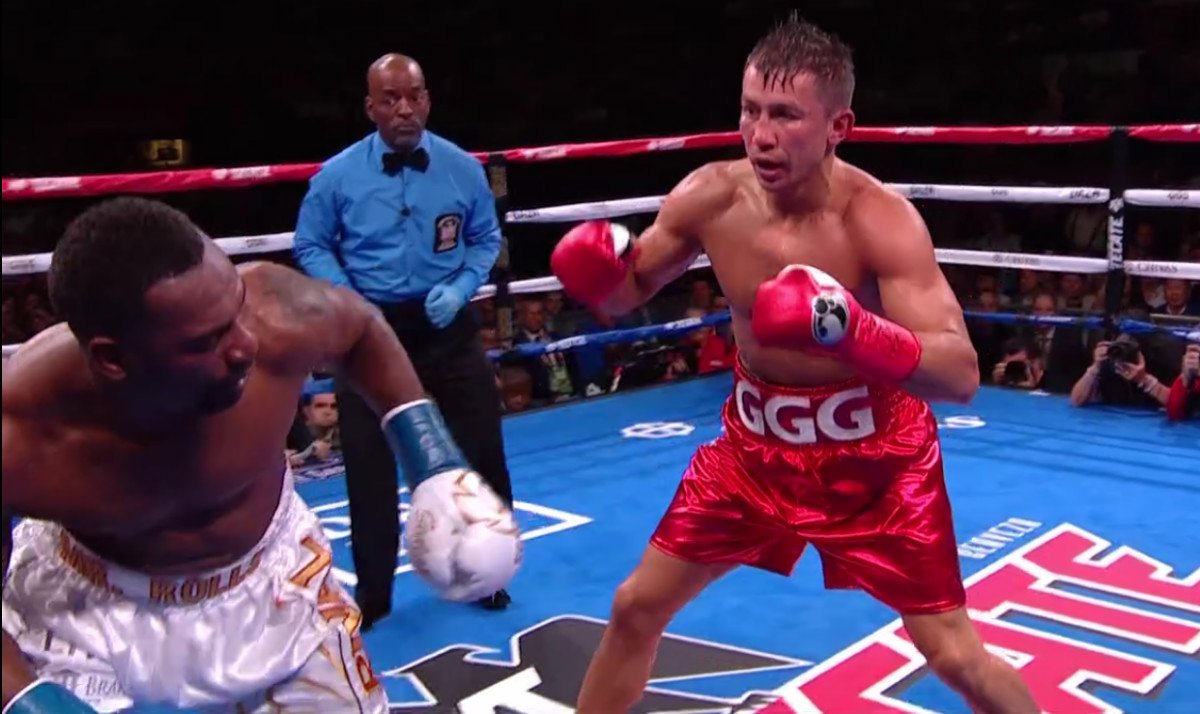 By Sean Jones:  The third fight between Gennadiy ‘GGG’ Golovkin and Canelo Alvarez is expected to take place on September 12 at the AT&T Stadium in Arlington, Texas. Having it in Texas would be a departure from the two previous Canelo-GGG fights, which took place at the T-Mobile Arena in Las Vegas, and involved controversial scoring.

Canelo’s next fight against WBO super middleweight champion Billy Joe Saunders is expected to be finalized for May 2. But even if that fight does get made, it isn’t as highly anticipated as the third contest between Canelo and Golovkin.

UK fans want to see Canelo fight Saunders, but Americans have zero interest in that match-up. They largely view Saunders as another record-padding fight for Canelo like they did his matches against Sergey Kovalev and Rocky Fielding.

Mike Coppinger @TheAthleticBOX is reporting that the Canelo-GGG III fight is likely to be staged in Arlington, Texas at the AT&T Stadium. Boxing fans are eager to see Canelo and Golovkin fight each other again. It’s a fight that can’t be put off too much longer due to Golovkin’s advanced age.

The second fight between Canelo and Golovkin should have taken place at the AT&T Stadium, as it looked bad that they took it back to the same venue as the first Canelo-GGG fight at the T-Mobile. That’s where Canelo was given a controversial draw in a fight that fans overwhelmingly saw him lose.

Golovkin (40-1-1, 35 KOs) will be turning 38-years-old next month on April 7, and he doesn’t have much left in the tank. GGG almost lost his last fight against Sergiy Derevyanchenko last October. Unfortunately, he can’t afford too many more of those types of fights.

If Canelo waits too much longer, GGG may be too old for the boxing world to care about seeing the two square off again. Some people believe that Canelo intentionally waited until Golovkin got old before facing him in their first fight in 2017. Golovkin wanted to fight Canelo when he was 31-years-old but didn’t get the opportunity to face him until he was 35.

DAZN may need to improve Canelo’s existing 11-fight, $365 million deal before he’ll agree to fight Golovkin again. Just how much extra Canelo wants before he’ll agree to take the third fight with Golovkin is unknown. With Floyd Mayweather Jr. talking about potentially getting $600 million for his next fight this year, it might have planted ideas into Canelo’s head.

The problem potentially wanting his deal with DAZN to be sweetened for a third Golovkin fight is it could create bitterness from GGG. If he sees Canelo getting a bump in pay for a third fight, he could want his own deal improved. The question is can DAZN afford to give both fighters extra money for a third fight? If not, then it’s bad news for boxing fans.

Canelo will go his way and Golovkin in the other direction. It wouldn’t be bad if Canelo were good opposition, but he’s not doing that. Alvarez’s last fight in November was against an old guy in Sergey Kovalev, who was viewed as the weakest of the 175-lb champions.

The fight looked suspicious in the eyes of many fans.  Kovalev looked completely old and shot, and the fight was about as entertaining as watching Floyd Mayweather’s recent mismatch against Japanese kickboxer Tenshin Nasukawa.

Canelo is now looking to fight Billy Joe Saunders, who is viewed as the weakest of the 168-lb champions. As far as U.S fans go, they’re not interested in seeing Canelo fight, Saunders. They want to see Canelo fight Golovkin, Jermall Charlo, Dmitry Bivol or Artur Beterbiev.  For Canelo to interest the boxing world, he needs to stop playing it safe and take some risks.

Boxing great Juan Manuel Marquez recently dared Canelo to take on Bivol and Beterbiev at 175, and a lot of fans agreed with him. Instead, Canelo is taking a safe fight against Saunders after having an easy one against the over-the-hill Kovalev.

Beyond the GGG trilogy fight in September, Canelo has a potential fight against WBA ‘regular’ middleweight champion Ryota Murata in December in Japan or Dubai. The boxing fans in the U.S  aren’t excited about Canelo facing Murata, but it’s a business level match that could help DAZN bring in subscribers in Japan