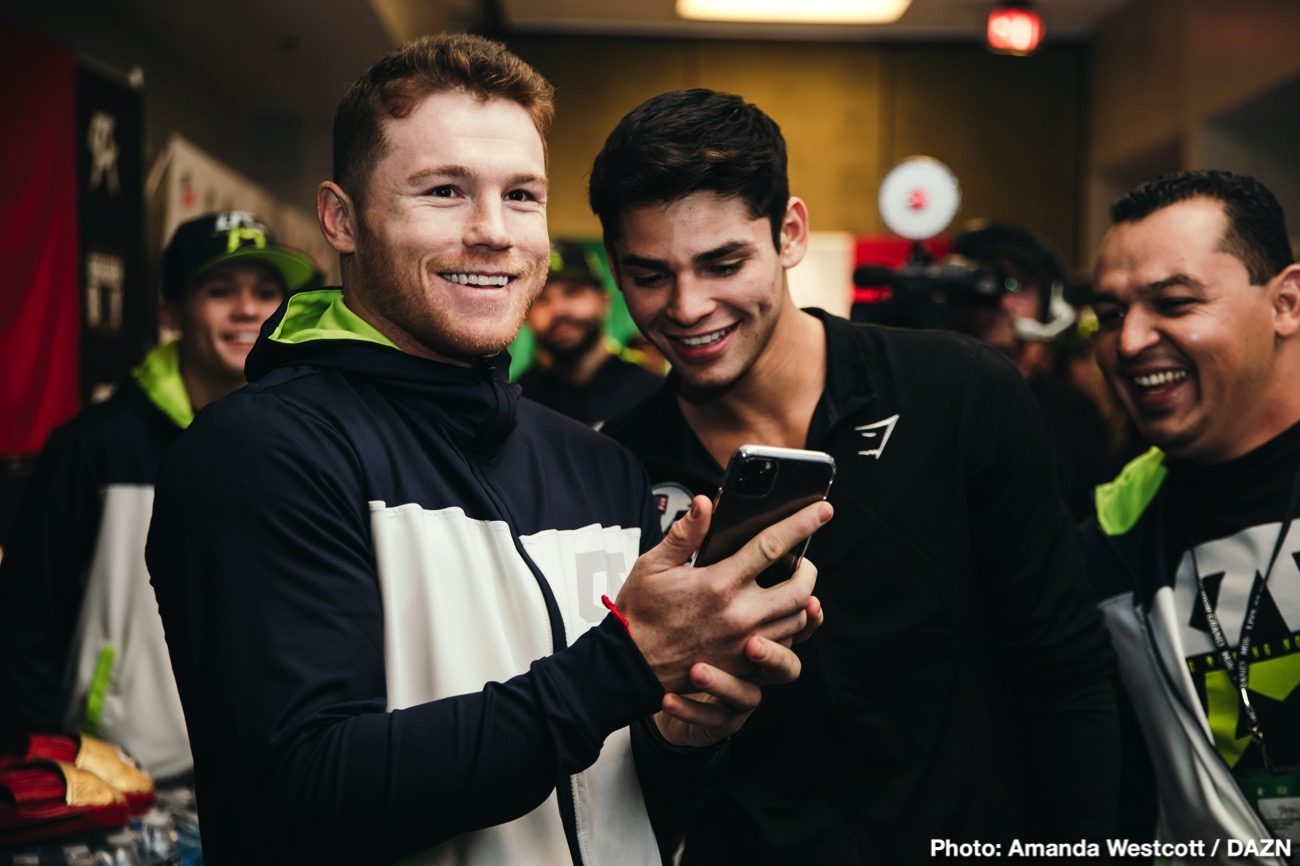 By Aragon Garcia: Canelo Alvarez and Ryan Garcia are training side by side in preparing for their next fights. Both fighters are looking powerful, and fast working with trainer Eddy Reynoso.

The undefeated lightweight contender Garcia (20-0, 17 KOs) looks like he’s made big strides since teaming up with Reynoso and working with Canelo. The championship mentality that Alvarez (53-1-2, 36 KOs) has is rubbing off on the 21-year-old.

The power that Canelo is showing working with his left hand is impressive. He’s working on throwing body shots and getting ready for a fight against Billy Joe Saunders or Callum Smith for May 2 in Las Vegas.

Garcia’s promoters at Golden Boy Promotions are negotiating a fight for him against former three-time world champion Jorge Linares on July 11 at the Staples Center in Los Angeles, CA. The venue is book and it’s just a matter of getting the Garcia vs. Linares fight negotiated. 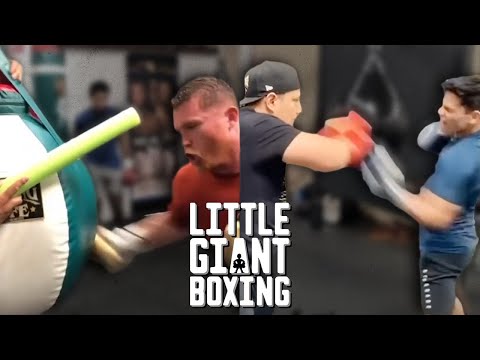 “It’s just a matter of going over some details. The date is July 11th. It could change, but that’s part of setting up a fight,” said Golden Boy Promotions president Eric Gomez to Fino Boxing on negotiations for Garcia vs. Linares. “I think that’s the right fight for him [Ryan Garcia]. A lot of the media is going to give him credit for doing this fight, and a lot of fans are going to be giving him credit or doing this fight.”

A win for Ryan over the 34-year-old Linares will open the eyes of the media, who still view him as just a social media creation. It’s sad that many in the media think Garcia is just a Twitter or Instagram fighter, who has millions of followers, but little actual talent.

They think he’s a pseudo fighter that has been created to make him look good but in reality, is a product of hype and careful match-making by his promoters at Golden Boy. Garcia’s last two fights against Francisco Fonseca and Romero Duno has made believers out of a lot of doubters, but there are still a lot of people that don’t think he’s for real.

That’s why Ryan’s fight against Linares is important. Linares is only a couple of years removed from being a world champion at lightweight, and he possesses the name and the pedigree to show how good Ryan is. If he can beat Linares like he did in his two 1st round knockout wins over Fonseca and Duno, then the fans will start taking him seriously.

WBC lightweight champion Devin Haney wants to fight Ryan this year. That would be a good fight if Ryan doesn’t get the winner of the Luke Campbell vs. Javier Fortuna match.

“I think that’s a fight that a lot of fans would love to see. It’s getting closer and closer to happening, and we’re going to keep building it and building it. Sooner or later, it’ll happen,” said Devin Haney on a fight with Ryan Garcia.

“At 21 years of age, he and Ryan Garcia, most people would say, ‘that can be built into a super-fight,'” said Matchroom Boxing promoter Eddie Hearn on a Ryan vs. Haney fight. “These guys have so much confidence and self-belief, there’s no building to do. That fight for me should come in November or December. We believe DAZN and Joe would get behind that fight.

“They’ll have to get their checkbooks out, and we know they’ll do for these big fights. But for me, Devin Haney against Ryan Garcia is a super fight, and I really hope we get that. Devin is going to be boxing around June or July time, and I think Ryan Garcia will go on the Canelo card [on May 2].

“After that, let’s do it. Let’s roll into a huge fight. They’re willing to take a risk and I think fans will respect two huge fighters getting into the ring at such an early stage in their career,” said Hearn on Ryan vs. Haney.

Reynoso: Canelo Alvarez’s opponent to be announced on Tuesday or Wednesday  »