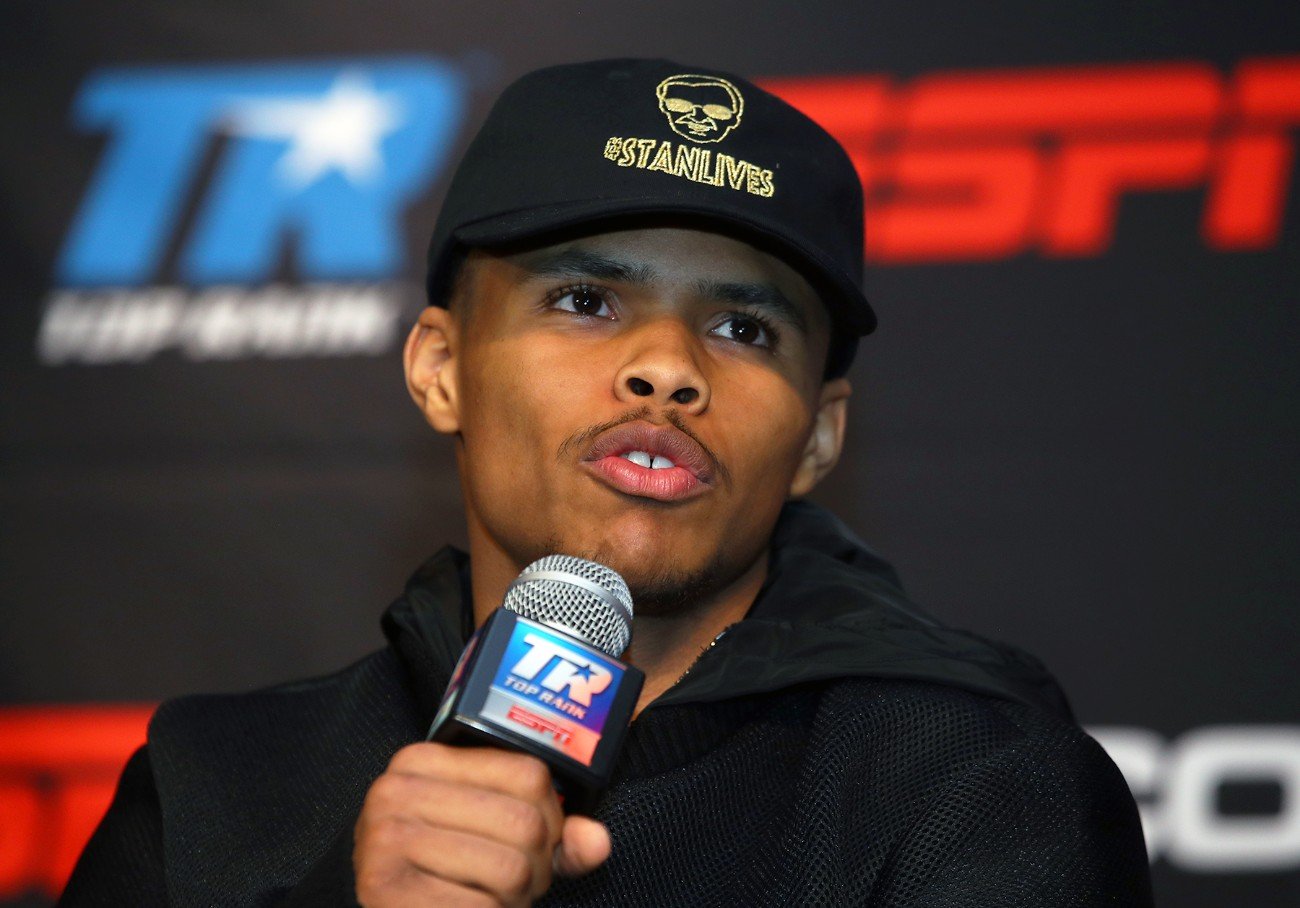 By Chris Williams: Shakur Stevenson has only held the WBO featherweight title for five months, and already his promoter Bob Arum is calling the three-year pro the next Floyd Mayweather Jr. The 2016 Olympic silver medalist Stevenson (13-0, 7 KOs) was supposed to have defended his WBO 126-lb title last Saturday night against Miguel Marriaga on ESPN at Madison Square Garden in New York, but the fight was canceled due to the coronavirus pandemic.

Arum is pushing hard to make the 22-year-old Stevenson into a big name as fast as possible, but it’s not easy with the COVID 19 pandemic putting a clamp on his fight cards. Top Rank Boxing had to cancel their March 14th and March 17th cards because of the coronavirus crisis.

Arum still wanted to go ahead with the cards behind closed doors without fans attending, but the inability to test the fights due to testing kits not being available foiled the plans to have the fights to go ahead.

“He’s the second coming of Floyd Mayweather,” Arum said to ESPN.com. “Shakur is tremendously confident in his abilities, just like Floyd. He is a super defensive fighter, just like Floyd. And he is like a genius in the ring, the way Floyd was.”

Stevenson doesn’t fight anything like Mayweather, and he doesn’t possess the hand speed that he once had. When Floyd was 22, he was beating the likes of Justin Juuko, Carlos Rios and Carlos Gerena. Mayweather looked a lot more polished and considerably quicker than Stevenson. Personally, I think it’s a bad comparison on Arum’s part. However, Arum has been comparing Terence Crawford with a young Sugar Ray Leonard, and that makes no sense either. Crawford fights nothing as Leonard did.

For Stevenson to become popular as Mayweather did, Arum is going to need to keep him busy and upgrade on the level of competition he’s facing. Putting Stevenson in with Marriaga is a waste of time if the objective is to turn him into a star. Marriaga (29-3, 25 KOs) has already been beaten by Nicholas Walters, Oscar Valdez and Vasiliy Lomachenko.

When the green light is given for fight cards to commence again after the coronavirus problem goes away, then Arum should look to put Stevenson in with talented fighters.

Guys Stevenson needs to fight to take his career to the next level:

If Stevenson can beat those type of fighters, then he can become a star, but right now, his resume is too weak for him to be considered the real deal. Stevenson’s lack of power could plague him when he steps up against better opposition.