By Dean Berman: Tyson Fury was mobbed by a large horde of his loyal boxing fans when he arrived at the Manchester Airport in the UK following his victory over Deontay Wilder last Saturday night. Fury SHOCKED the world in stopping previously unbeaten WBC heavyweight champion Wilder (42-1-1, 41 KOs) in round 7 at the MGM Grand in Las Vegas, Nevada.

As soon as Fury came off the plane, he was met with a storm of his followers, as well the media, who were looking to meet him and hear his thoughts.

There was plenty of security around to make sure Fury was stampeded by the fans, who reacted to him similar to how the Beatles were treated. Overnight, Fury has arguably become the NEW face of boxing, replacing Canelo Alvarez as the number guy.

Anthony Joshua, who at one time was viewed as the #1 fighter in the sport, has been supplanted by Fury. Joshua is now pretty much the forgotten man following his loss to Andy Ruiz Jr. last year, and the timid approach to defeating him in the rematch.

Wilder has activated the rematch clause in his contract with Fury, and the two will be facing each other possibly in the summer or early fall. Fury’s promoter Bob Arum would like to push the rematch with Wilder back to September or October,  according to ESPN. Arum didn’t give a rationale for wanting to do so, but it’s possible that he wants more time to let the Wilder vs. Fury 3 trilogy to build.

The manner in which Wilder lost to Fury in a one-sided affair, it makes the job of the promoters and networks to work harder to promote the third contest. The Wilder-Fury trilogy fight won’t sell itself as the second fight did, so it’s going to take more time for the promoters to put a proper spin on why Wilder looked so bad, and try and make the third fight look like it can be competitive like the first one was.

Wilder is already gotten off to a good start in promoting the third fight with Fury by coming up with two good excuses for why he lost to him last Saturday: 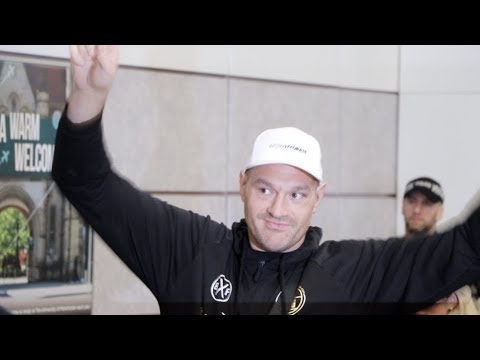 “I wasn’t surprised because when have you ever seen someone go after Deontay that was that size, and smothered his shots and defused the bombs,” said Lennox Lewis to Fighthub in reacting to Wilder’s loss to Fury. “I never sleep on Tyson Fury. He always speaks from his heart, and he speaks the truth.

Wilder couldn’t get away from Fury’s pressure last Saturday, and that forced him to fight off the ropes. Fury took advantage of Wilder being trapped against the ropes by tagging him with shots and leaning on him to tire his legs out.

Although Fury’s fans aren’t willing to admit it, he landed a lot of illegal rabbit punches during the fight that made his job of beating Wilder that much easier. Sadly, in this era, referees rarely enforce the rabbit punch rule anymore. The only time they do is when it’s blatant to the extreme.

It’s a rarity where a referee policies those type of punches. Instead of enforcing the rule, the referees focus almost exclusively on stopping low blows, even though they’re less dangerous. It’s kind of an upside-down way of officiating a fight, but that’s what the referees seem to put more emphasis on. Low blows stopped, whereas rabbit punching is largely permitted.

“Wilder will say he wants the fight, but when he sits down with his team, they’ll probably try and talk him out of it, ‘Champ, you need a rest. We’ll take it in another couple of months, not straight away,'” said Lewis when asked if Wilder should take the immediate rematch with Tyson.

“Tyson IS the number one heavyweight in the world, and if he wants to be the undisputed heavyweight champion of the world, then he has to go after Anthony Joshua,” said Lewis.

“Tyson Fury was unbelievable. He looked great, had the confidence and came in, and said he was the King. He crowned himself before he stepped inside the ring. This is the heart of a champion, the heart of a warrior, and the heart of a King,” said Lewis on Tyson.

It’s too late for Wilder’s team to try and talk him out of triggering the rematch clause for the third fight because he’s already made up his mind. Wilder wants the third fight with Fury, and he’s not going to be stopped from taking it.

The way things are, it doesn’t matter if the third match is delayed, we could see the same outcome. Wilder will need to figure out how to deal with Fury’s size, pressure and rabbit punching for him to have a chance to win.

What we won’t see from Wilder is him coming into the ring with a heavy costume like he wore last Saturday. If Wilder loses, he won’t have the excuse of the costume weakening his legs.