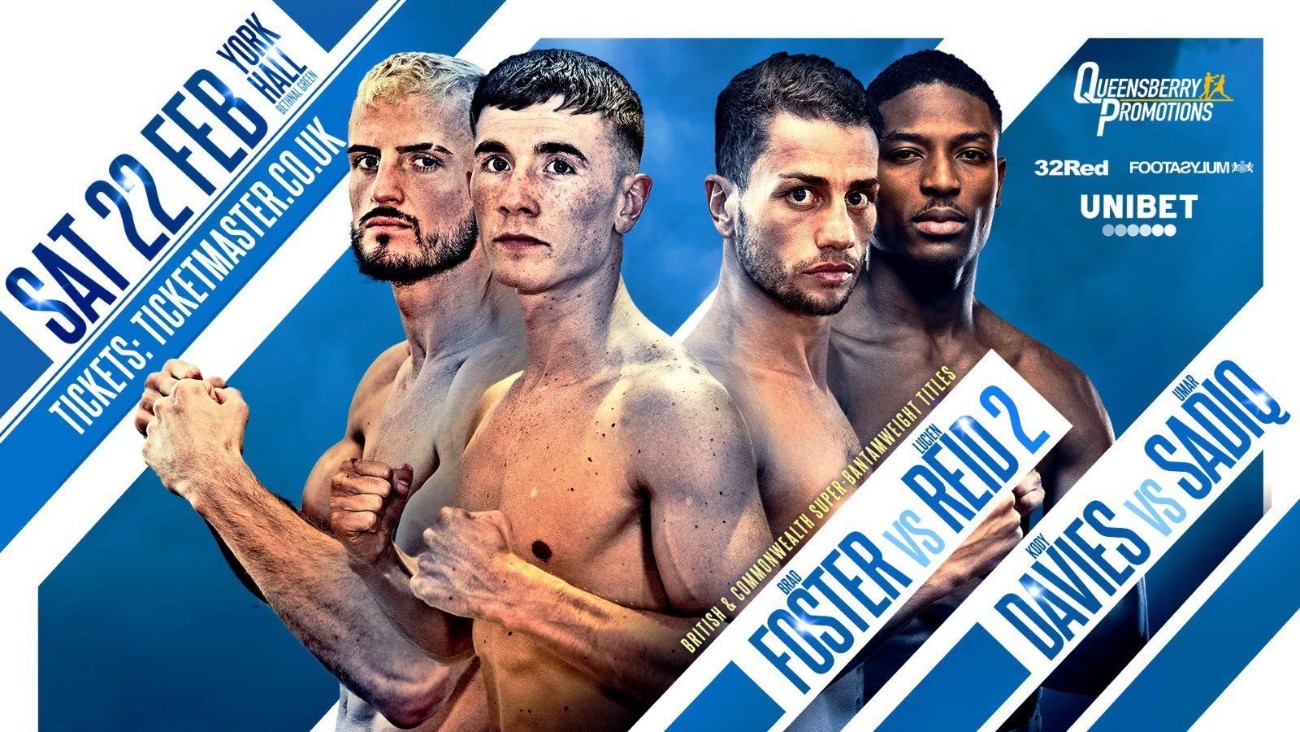 After a messy first round with his opponent almost constantly unwilling to engage and rightly being docked a point, a second-round disqualification saw the 2016 Olympian, Muhammad Ali win his professional debut in disappointing circumstances.

The two massive super-middleweights began things aggressively with little feeling out process. Davies was the busier in the second and edged that round. It warmed up in the third and Davies’ left hand was beginning to land more frequently. Sadiq was struggling to keep Davies on the outside with his jab.

The fight became a little more even in the fifth as the high pace continued and ‘Top Boxer’ Sadiq picked his punches excellently. The Welshman looked tired and ragged in the middle rounds. He was tiring as Sadiq controlled the contest behind his quality jab.

A sudden burst of energy and a huge left hand from Davies had Sadiq on the ropes with the fight really igniting. They both traded, but Davies seemed like he’d emptied his tank. Sadiq smartly fought on the outside to gain control again in the ninth. Despite a late fightback from Davies, Sadiq looked to have done enough to win. Verdicts of 98-92, 97-93 & 96-94 earned Sadiq a shot at the British 168lbs title.

As expected, highly-rated prospect, Dennis ‘The Menace’ McCann started brightly with rights and lefts digging into Narvaez’ body. The punishment continued in the second. The slick southpaw was cruising and enjoying his work. The Nicaraguan opponent stayed in the fight like an experienced journeyman should. A 60-54 points win was a valuable experience for McCann as the nineteen-year-old rises through the pro ranks.

Former amateur World champion, Hutchinson added another win to his ledger after a useful runout against a journeyman willing to fight. The Scotsman shipped a few and was deducted a point for using his head in the fifth, but otherwise controlled the bout. The referee scored it 59-54 for Hutchinson.

The championship rematch started in a lively fashion with a hard to score opener. The champion, Foster then stepped the action up and battered the challenger and had him hurt twice in the second, but Reid regained his composure in the third. It was becoming rough, tough and entertaining to watch.

In the sixth, such was the barrage of punishment from Foster that Reid’s mouthpiece fell to ringside and Foster’s relentless right hands to the head hurt Reid badly. He grimaced in pain and it seemed he’d be stopped imminently. Reid’s corner pulled their man out between rounds as Foster retained his titles in impressive fashion.