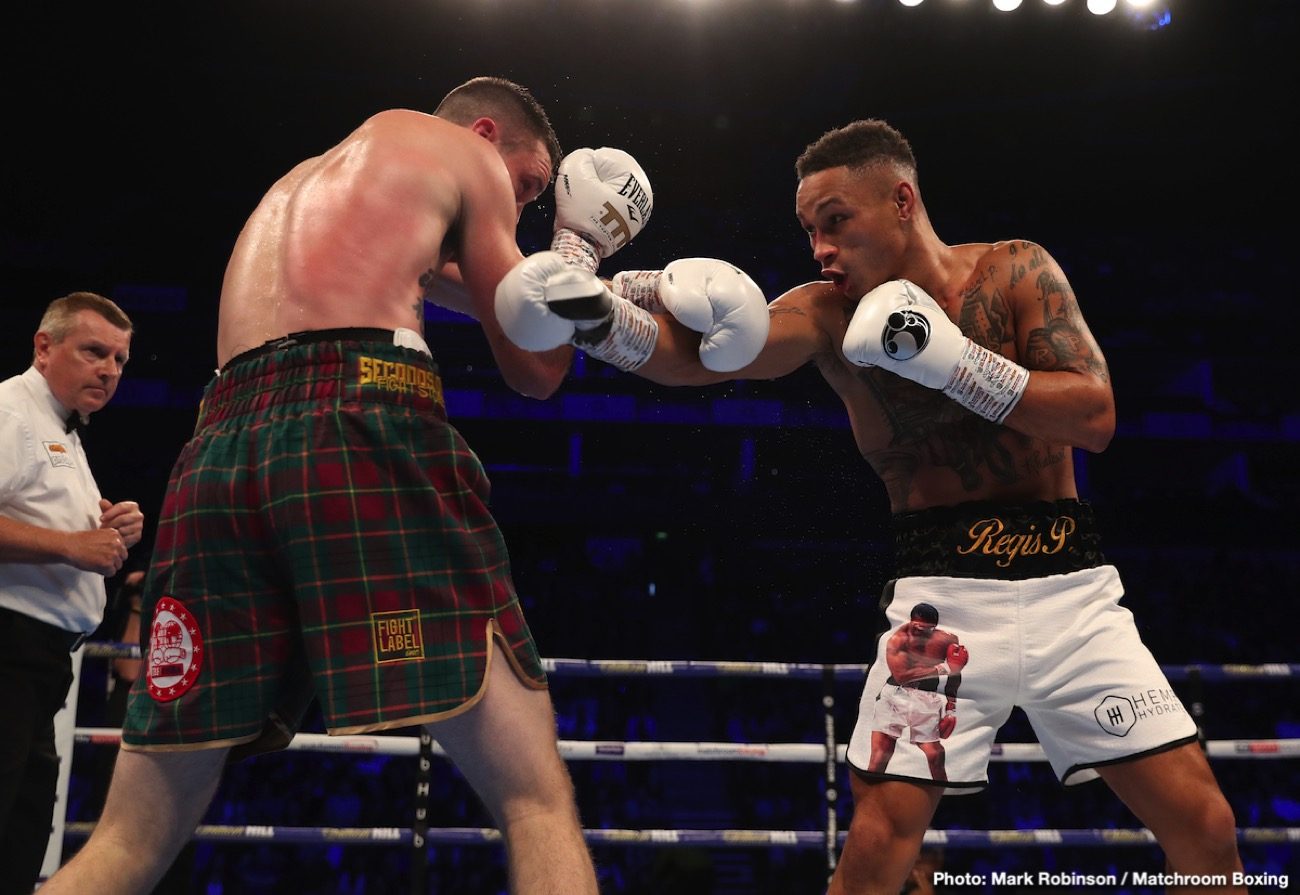 By Sean Jones: Eddie Hearn of Matchroom Boxing is planning a DAZN card headlined by former light welterweight champions Maurice Hooker vs. Regis Prograis on April 11 or April 25 on DAZN at Madison Square Square Garden, according to Dan Rafael. This is an excellent card if Hearn can finish putting it together before April.

Also on the card will be lightweights Luke Campbell and Javier Fortuna battling for the vacant WBC 135-lb title. This is the belt that the World Boxing Council stripped from injured Devin Haney recently. In another fight on the card women’s lightweight champ Katie Taylor battles Amanda Serrano.

Hooker vs. Prograis still being negotiated

It won’t be as appealing to the U.S fans obviously as the Prograis-Hooker fight, as those are two Americans that U.S boxing fans are familiar with, but it’ll still be an interesting fight nonetheless.

Hooker, 30, lost his WBO 140-lb title last July in a 6th round TKO defeat to WBC champion Jose Ramirez in a unification fight in Arlington, Texas. The tall 5 ’11’ ‘ Hooker was repeatedly backed up against the ropes by Ramirez, who pressured non stop throughout the fight. Hooker made the mistake of fighting with his back to the ropes one time too many. Subsequently, Ramirez stopped him in round 6.

Hooker looked good in his last fight in defeating Uriel Perez by a 1st round knockout last December. In that fight, Hooker took control of the fight immediately, backed Perez up, and quickly stopped him. That’s the way Hooker SHOULD have fought against Ramirez if he wanted the win.

For his Part, Prograis lost his WBA 140-lb title against IBF champion Josh Taylor by a 12 round majority decision last October in the World Boxing Series tournament final at the O2 Arena in London, England.

That was a winnable fight as well for Prograis, but he made mistakes in letting Taylor crowd him on the inside. Prograis was no match for Taylor on the inside, and he fell behind and couldn’t come back. Although Prograis did rally down the stretch when he took the fight to the outside, he was too far behind to get the victory.

That fight showed that Prograis needs to be better at adapting during his fights, and he’s not good enough of an inside fighter to be beating certain guys in close proximity. Had Prograis done his homework properly in studying Taylor’s past fights, he would have realized that it would be a bad idea of fighting him in a toe-to-toe battle in the phonebooth.

Prograis would have to be viewed as the favorite to defeat Hooker in this fight. If Taylor hasn’t stripped away Prograis’ confidence, he should win.

Luke Campbell, 32, will be trying to get back to his winning ways in taking on Javier Fortuna for the WBC 135-lb belt. Campbell lost his last fight to Vasiliy Lomachenko last August in fighting for the vacant World Boxing Council title.

It was competitive throughout, and exciting to watch, but the movement, speed the angles that Lomachenko was too much for Campbell. That wasn’t an easy fight for Lomachenko. The big southpaw Campbell was putting hands on Loma, and inflicting a lot of damage in this fight.

Former WBA super featherweight champion Fortuna, 30, will be a tough opponent for Campbell. Fortuna has won his last two bouts against Jesus Cuellar and Sharif Bogere.

Before that, Fortuna fell out of the ring in the 4th round against Adrien Granados, and suffered an injury that led to the fight being ruled a non contest in June 2018. Robert Easter Jr. beat Fortuna by a controversial 12 round split decision in January 2018. Fortuna landed the better shots, but the judges saw Easter Jr. as the winner.

Campbell should win this, as long as he’s ready for a gruelling fight. It depends on how hard Fortuna brings it. Campbell sometimes struggles when he faces high pressure fighters.