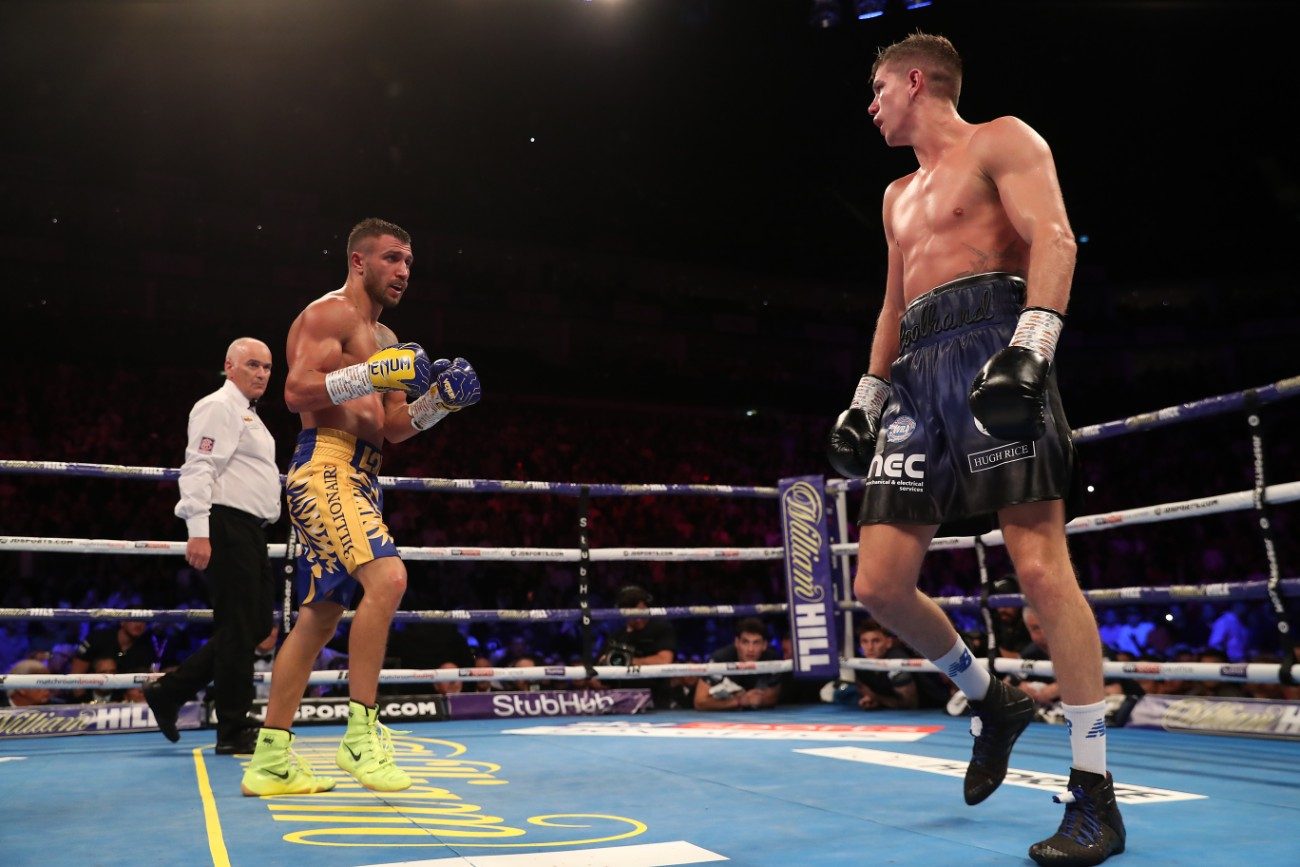 By Tim Royner: #2 WBC Luke Campbell will be taking on #1 WBC Javier Fortuna on April 17 for the vacant WBC lightweight title live on DAZN at the MGM National Harbor in Oxon Hill, Maryland. @danrafaelespn is reporting that the Campbell-Fortuna will be battling for Devin Haney’s recently stripped WBC 135-lb strap on the 17th of April.

Haney (24-0 15 KO) had the bad luck of suffering a shoulder injury in successfully defending his WBC lightweight title against Alfredo Santiago on November 9. The extent of the injury was bad enough for Haney, 21, to need shoulder surgery to repair the problem.

The World Boxing Council reached the collective decision to strip the injured Haney of his WBC lightweight belt, and redesignated him as ‘Champion in Recess.’

It may sound to some like Haney has had his championship status downgraded, but that’s not the case. As soon as Haney is healthy and ready to return to the ring, he’s free to fight the winner of the Campbell vs. Fortuna fight for his old title. That’s almost a given.

Haney says he wants to face Campbell, so he’ll likely take that fight unless he can get a bigger one against the likes of Ryan Garcia or Mikey Garcia. It’s a longshot at this point for Haney to get a fight against either of those fighters in 2020, but you never know.

Haney vs the Campbell-Fortuna winner will create a lot of interest in the U.S and the UK. It’s not the big fights that Haney, but it’ll help increase his popularity should he win.

Campbell getting another shot at WBC belt

Last August, Campbell (20-3, 16 KOs) ran into a buzzsaw in facing Vasiliy Lomachenko for the vacant WBC lightweight title, and he was no match for him in losing a 12 round unanimous decision. Campbell did give Lomachenko trouble in each round, but he just wasn’t good enough to get the victory.

Lomachenko won the fight by the scores 118-109, 119-108 and 119-108. Shortly thereafter, the WBC made the decision to elevate Lomachenko’s status to ‘Franchise champion,’ which means he’s not required to defend the WBC belt. That move by the WBC has given the 2008 Olympic gold medalist Campbell a second chance to win their 135-lb belt.

This is unquestionably as good as it gets for Campbell, seeing that former WBA super featherweight champion Fortuna has lost when he’s tried stepping up his level of opposition against better fighters.

Campbell also has past defeats against Jorge Linares and Yvan Mendy in close fights.