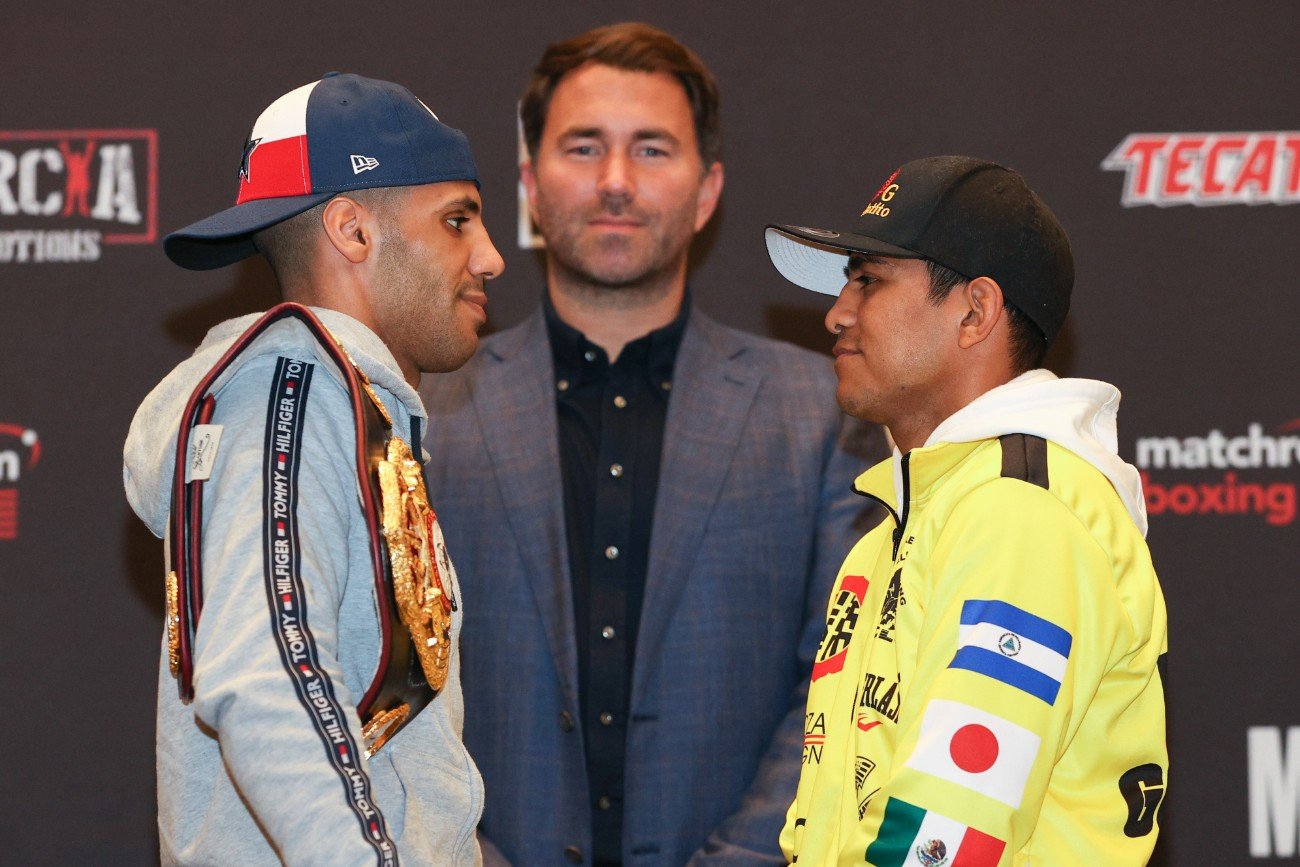 By Dean Berman: WBA super flyweight champion Kal Yafai towered over the much smaller challenger Roman ‘Chocolatito’ Gonzalez (48-2, 40 KOs) on Wednesday at the final news conference before Saturday’s fight on DAZN at The Star in Frisco, Texas.

Although the Yafai, 5’4″, is listed as only one inch taller than the 5’3″ Chocolatito, it looked more like 2-3 inches that separate the two. If Chocolatito wins this fight, it’ll say a lot about his overall talent, because he’s way over-sized by the towering Yafai.

This is a watershed moment in Gonzalez’s career where he can longer afford to lose. He was beaten twice by Srisaket Sor Rungvisai, and some believe he deserved a defeat in his fight against Carlos Cuadras in 2016.

If Gonzalez is going to stay at 115, he’s going to have to accept the fact that he’s not big or good enough to compete against the top guys in the weight class. Losing to Yafai on Saturday will be a clear sign for Gonzalez that it might be time to retire.

Obviously, if Roman could go back down to 112 or 108, he would have a better chance of success, but he likely can’t make weight for those divisions any longer.

Gonzalez has fought once since coming off knee surgery last December in beating journeyman Diomel Diocos by a 2nd round knockout in Japan. Before that fight, Chocolatito had been out of action for 15 months. It took Gonzalez a long time to come back from his knee surgery, but he’s back for better or for worse.

Yafai, 30, looked HUGE in standing next to the 32-year-old Gonzalez for their face-off. With the kind of size advantage that Yafai (26-0, 15 KOs) will be enjoying on Saturday, it’s no wonder why he plans on using that to try and win the fight.

It’s going to be tough on Chocolatito to try and overcome the size of Yafai, let alone the power and maneuverability. In Gonzalez’s two defeats to Srisaket Sor Rungvisai in 2017, he was beaten on size and power in those fights. Rungvisai was too big and strong for Gonzalez.

Gonzalez looks like he’s someone that’s a couple of divisions below Yafai, which makes sense given that the Nicaraguan fighter started his career out at minimumweight [105] in 2015. Chocolatito has been moving up the weight class and winning world title since he turned pro.

“I look up to Roman, so it’s going to be hard to fight him,” said Yafai. “I’m in the best shape, no stone unturned. I’ll give it everything I can. Looking forward to a massive fight on Saturday night. Don’t blink it will be a huge fight.”

Although Yafai is expected to win, it would be a surprise if he knocks Gonzalez out, but it’s quite possible. Roman hasn’t faced a serious opponent since his loss to Runvisai in 2017, and it’s a big step up in facing the 2008 Olympian Yafai.

Kal has been watching Gonzalez fight for a long time, and he respects him and likes the way he fights. However, Yafai needs a win over Gonzalez to take his career to the next level. He wants to take on WBC super flyweight champion Juan Francisco Estrada after this, assuming he beats Chocolatito on Saturday. 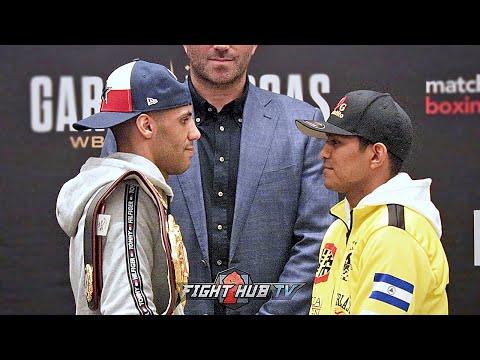 On the undercard of the Mikey Garcia vs Jessie Vargas fight, this Saturday is WBC flyweight champion, Julio Cesar Martinez. If he ever moves up to 115, a fight between him and Yafai would be interesting to watch. Martinez fights the way Chocolatito used to when he was younger, but he throws more combinations. He’s also capable of changing stances as he moves forward. Martinez vs. Yafai would be a lot of fun.

“I’m in the best condition for this fight,” said Chocolatito. “I will take advantage of this opportunity. There’s not a small person in this fight, everyone is very good. I come with a blessing that I will win. Thank you and hope this sport of boxing will be a spectacle for everyone.”


« Garcia vs. Vargas & Yafai vs. Chocolatito quotes for Saturday on DAZN