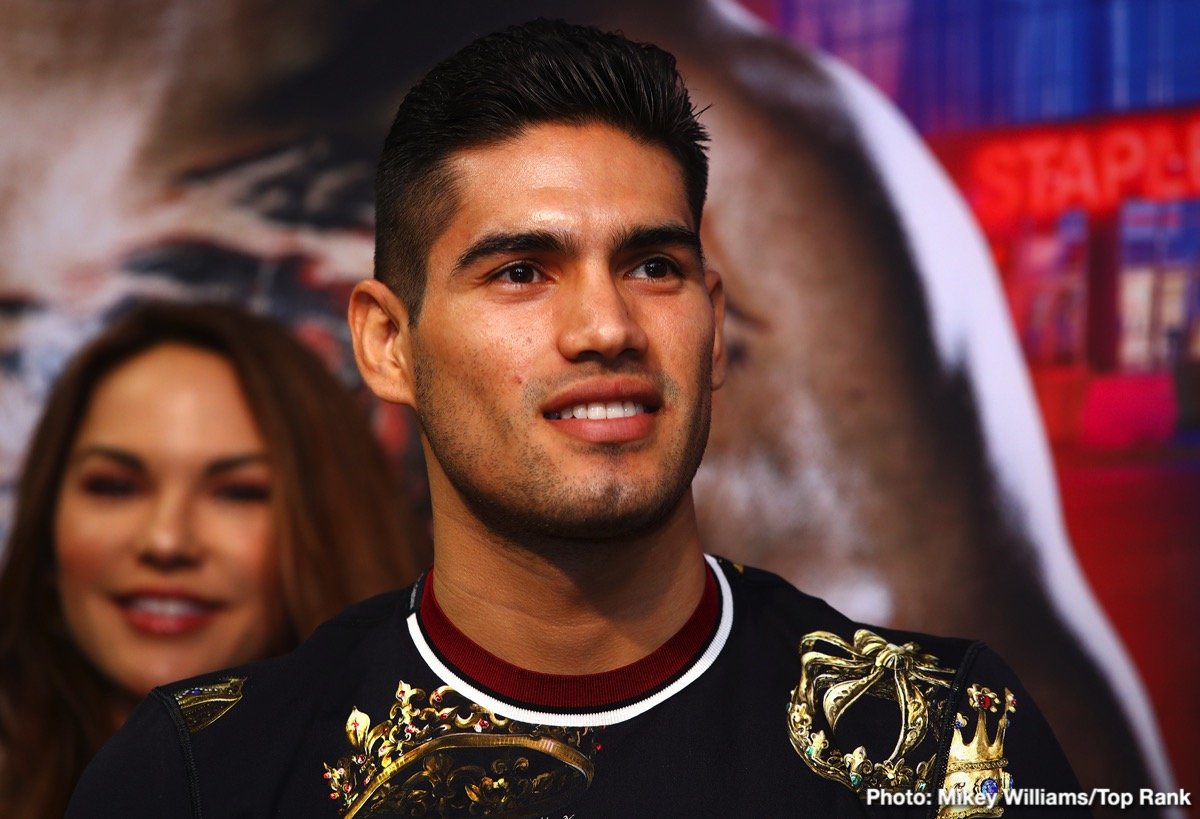 For a fight like this, you would think that Ramirez and Alvarez would be getting more money. Sure, they’re both contenders and not world champions, but they’re among the best fighters at 175.

The fight is being pegged for the undercard of the May 30th lightweight unification match between WBA/WBC [F]/WBO champ Vasiliy Lomachenko and IBF champion Teofimo Lopez in New York.

Ramirez, 28, hasn’t fought in 10 months since his 4th round knockout win over Tommy Karpency in April 2019. Gilberto has fought just once at 175 since moving up in weight last year. Before that, Ramirez had campaigned at 168 through the first 10 years of his career. He moved up in weight due to the problems he had in getting down to 168.

The way Saunders looked against Isufi, Ramirez would have had little problems defeating him. Ramirez held the WBO super middleweight title from 2016 to 2019 and defended it successfully five times.

For some reason, Ramirez’s promoters at Top Rank weren’t able to match him against any of the other top 168-lb fighters. Boxing fans wanted to see Ramirez face WBC champion David Benavidez, IBF champ Caleb Plant, and WBA champions Canelo Alvarez and Callum Smith face Ramirez. None of those fights were made. Gennadiy Golovkin would have been a good option for Ramirez as well, but that fight never happened as well.

With Ramirez’s star power potential, it’s troubling to see him fighting so infrequently. He’s someone that should be fighting 4 times a year so that he can be turned into a star in a speedy fashion. Moreover, the 175-lb division is a tough one, but he’s capable of doing well in this weight class.

It’s a smart move for Ramirez (40-0, 26 KOs) to go after the World Boxing Organization title. That’s the belt that was recently vacated by Canelo Alvarez.

Alvarez (25-1, 13 KOs) recently stopped Michael Seals in the 7th round last January. Unfortunately, that was Alvarez’s first fight in 11 months since his 12 round unanimous decision loss to Sergey Kovalev in their rematch in February 2019.

Alvarez lost his WBO light heavyweight title in that defeat. He should have been brought back a lot sooner than 11 months though because he’s not a spring chicken at 35.  At that age, Alvarez can’t afford to fight just once a year. In the last two years, Alvarez has fought just once a year, and he’s far too inactive for his own good.