Fury vs. Wilder – One Punch That Changed it all 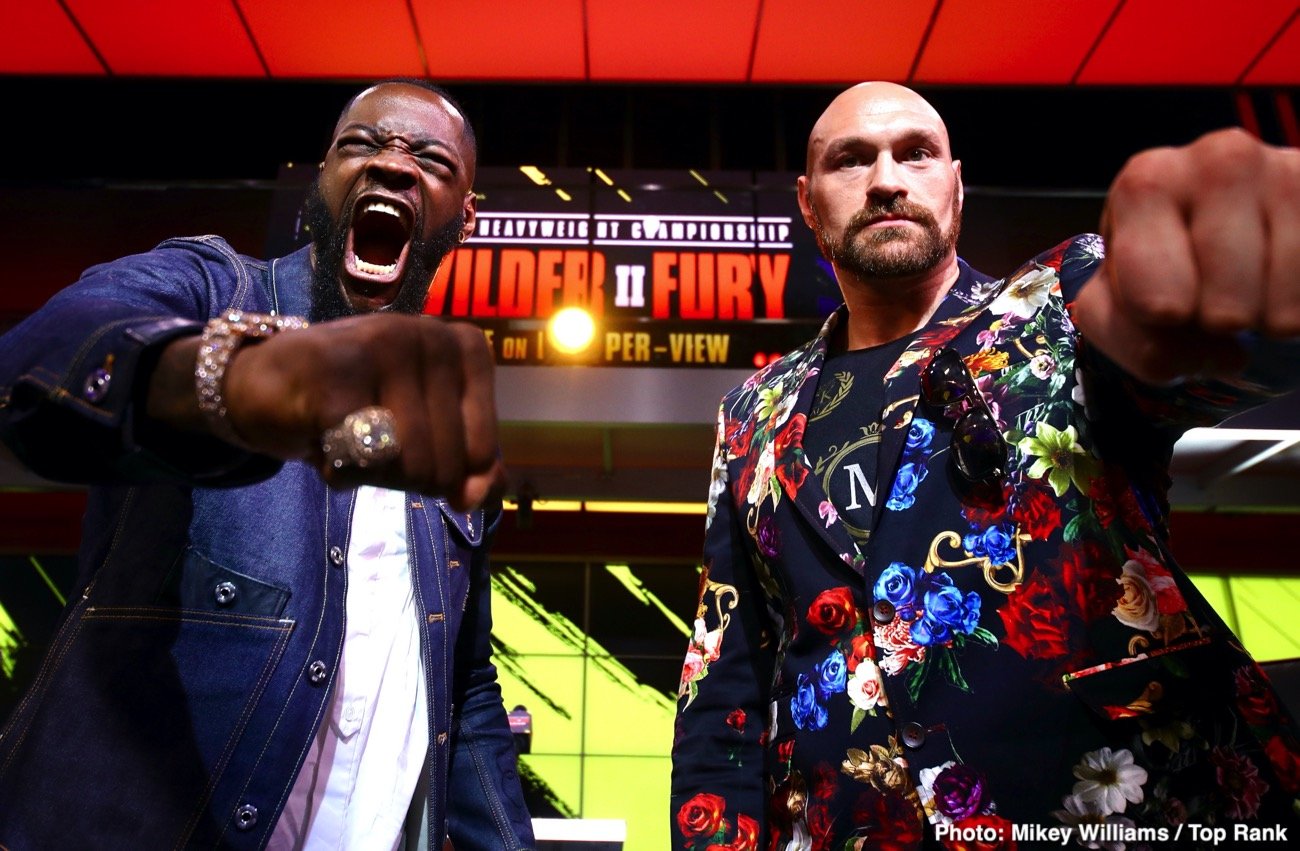 By Ryan Allan: Boxing is a sport like no other. Its history is littered with enduring contests that are now, forever embedded in the annals of sporting greatness. Those “where were you moments?” in life, are seldom more encapsulated than in the famed squared circle. And in boxing, nothing quite matches the excitement and drama of a truly great heavyweight title rematch.

The phrase, “One punch can change everything” might sound like a well-trotted cliche, but in this division, that line really does matter. Just ask Deontay Wilder, a man who makes a living on changing his destiny with just one punch. Deontay´s most recent victim, Luis Ortiz, can attest to that. Ortiz, a solid, and well-schooled boxer was winning handily until one right-hand down the pipe had the Cuban on his backside and counted out with an expression that exclaimed: “what the hell was that?”

Indeed, while Wilder is now considered to be one of, if not, the hardest-hitting heavyweight of all time, there is one opponent on his resume, who refused to surrender to the blunt force trauma dished out by the Alabama slugger and WBC heavyweight champion.

Back in the winter of 2018, boxing fans were fortunate enough to experience another of those “where were you moments” when the enduring giant of a man, Tyson Fury, rose from the canvas to defy all the odds in one of the most remarkable sporting comebacks of all time.

Going into that contest, few gave the self-titled Gypsy King a prayer against the free-swinging and dangerously powerful Wilder. Following his lengthy absence from the sport with his now well-documented struggles, Fury had managed to drop ten stone in little under a year to ready himself for the unbeaten WBC champion. So often the underdog, surely the bronze bomber was too much, too soon for the Fury comeback.

Yet despite his dramatic weight-less and relative inactivity, Fury took the unbeaten champion to school – dominating the action with his remarkable movement, piercing jab, and general ring craftsmanship.

But as we have come to learn during his long reign as WBC champion, Deontay Wilder is not a fighter who is bothered too much by boxing skills or scorecards. This is a man who has, throughout his career, relied exclusively on his remarkable power and despite enduring a boxing lesson for much of the fight, this was still an enthralling, edge of your seat kind of event where one punch could change it all. Indeed,  You always got the sense that a GGG “big drama show” was just around the corner.

Having felled Fury in the 9th, the often befuddled Bronze Bomber entered round 12 knowing that another knockdown or knockout was surely required to retain his WBC title. Fury, knowing that a carefully managed round where he avoided the right hand would surely be enough to become a two-time champion, met Wilder square in the center of the ring with the comebacks to match all comebacks just 3 minutes from sight.

But From 3 minutes insight, it was lights out for the Gypsy King as he finally succumbed to the Alabama power – a devastating combination that removed the collective breath of the audience and sent the 6´9 giant smacking towards the canvas. In the history of boxing, fewer combinations have looked quite so deadly. For a split second, you would have been forgiven for having genuine concerns for Fury´s health.

At that moment, we thought we had our where were you moment. Where were you when Deontay KO´d the unbeaten Fury in 12th while well behind on the score-cards. Wrong. In a little under 10 seconds, Fury rose, to rightfully claim ownership of a truly remarkable sporting achievement.

Not only had he risen from what looked like an eternally devastating combination, he had done it after 33 minutes of action, in only his 3rd fight back in the ring following a near 3-year lay-off where talk of a comeback had been met with a mixture of derision and doubt.

With those two crushing blows, Fury had truly felt the full force of Wilders famed power – first with that crushing right hand, followed by a cuffing left hook that seemed quite capable of slaying the Gypsy King for far longer than the required ten count that was to follow.

While many referees would have panicked and quickly stopped the fight, Jack Reiss, took his share of the great sporting moment that was about to occur as he raced over to the stricken Fury – 4,5,6…the eyes opened…7, 8, 9…oh my god. How the hell did that man get up? And in the 12th? A sense of disbelief filled the arena.

For years now, the power of Deontay has been well documented. Heralded even. The hardest hitter today, perhaps of all-time? It is not an un-repeated statement of opinion. This man hits hard. Remarkably, not only did Fury rise, beat the count, and display enough wherewithal to continue the fight, he somehow managed to even rock Deontay and finished the round the stronger man. Stallone didn’t write scripts as far-fetched as this one.

In the end, the recorded result mattered little. A split-decision draw did a huge disservice to the astonishing performance of Fury, but a rematch was inevitable. Who wouldn’t want to see this again? One of the best rounds in heavyweight history? Perhaps. One of the best heavyweight fights of the era? Unquestionably.

And so to the rematch. Unfinished business.

Fourteen months on from the drama of Los Angeles, the scene is set for a February rematch in Las Vegas. The WBC heavyweight title is on the line again. The MGM Grand – host to so many of those wonderful where were you moments, will play host as the two unbeaten champions face-off once more for the WBC heavyweight title.

In what is a genuine pick-em fight, once again, one punch could change it all – and for these two champions, we should expect another legacy fight that firmly establishes one of these men as the best heavyweight of his era.

Mind you, a certain two-time world heavyweight champion, Mr. Anthony Joshua, might just have something to say about that.

If you want to read my analysis of the upcoming fight, please comment below.

Boxing » Deontay Wilder » Fury vs. Wilder – One Punch That Changed it all