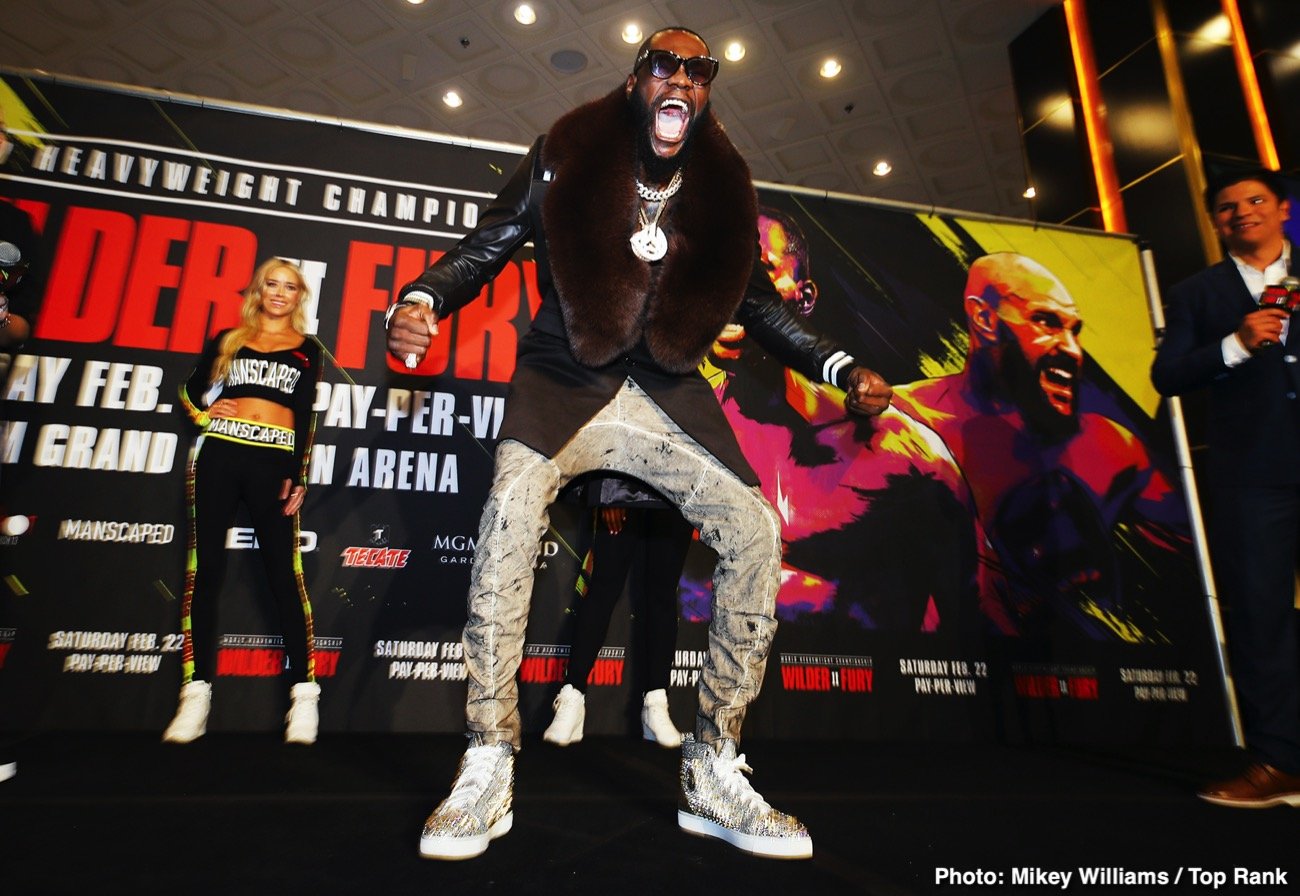 “I am knocking that bum out in two rounds.  It’s going to be an early night,” – Fury

They will renew their rivalry this Saturday, February 22, in a historic mega PPV event from the MGM Grand Garden Arena in Las Vegas. Wilder has defended his world title successfully 10 consecutive times, while Fury is unbeaten in five bouts since returning from a nearly three-year layoff in June 2018.

This is what the main event fighters had to say Tuesday:

“The first fight was great, but the second time around we’re getting even more love. It’s been a blessed feeling and I’m so excited to show my greatness come Saturday night.”

“I’m going to knock out Tyson Fury in devastating fashion on Saturday night. After I show the world what greatness lies inside of me, I will continue to go even further and do more amazing things in this sport.”

“We all know that boxing is the hurt business and we both have bad intentions coming into this fight. I’m looking forward to our energies colliding and having an amazing fight.”

“Las Vegas is the home of champions, and ‘The Gypsy King’ is here to put on a show. I am knocking that bum out in two rounds. It’s going to be an early night.”

“I’ve done all I can, and I can’t wait for Saturday night to be here. The WBC belt is the only major title I’ve yet to win. Saturday night, it will be mine.”

“Las Vegas is the new home of ‘The Gypsy King.’ This is my time. Wilder got a gift last time. That won’t happen again. I’m coming for the knockout.”

Jose Ramirez’s defense against Viktor Postol rescheduled for May 9 in Fresno, CA »