Canelo vs. Saunders: Golden Boy INCREASES offer to Billy Joe to $7.75M for May 2 fight 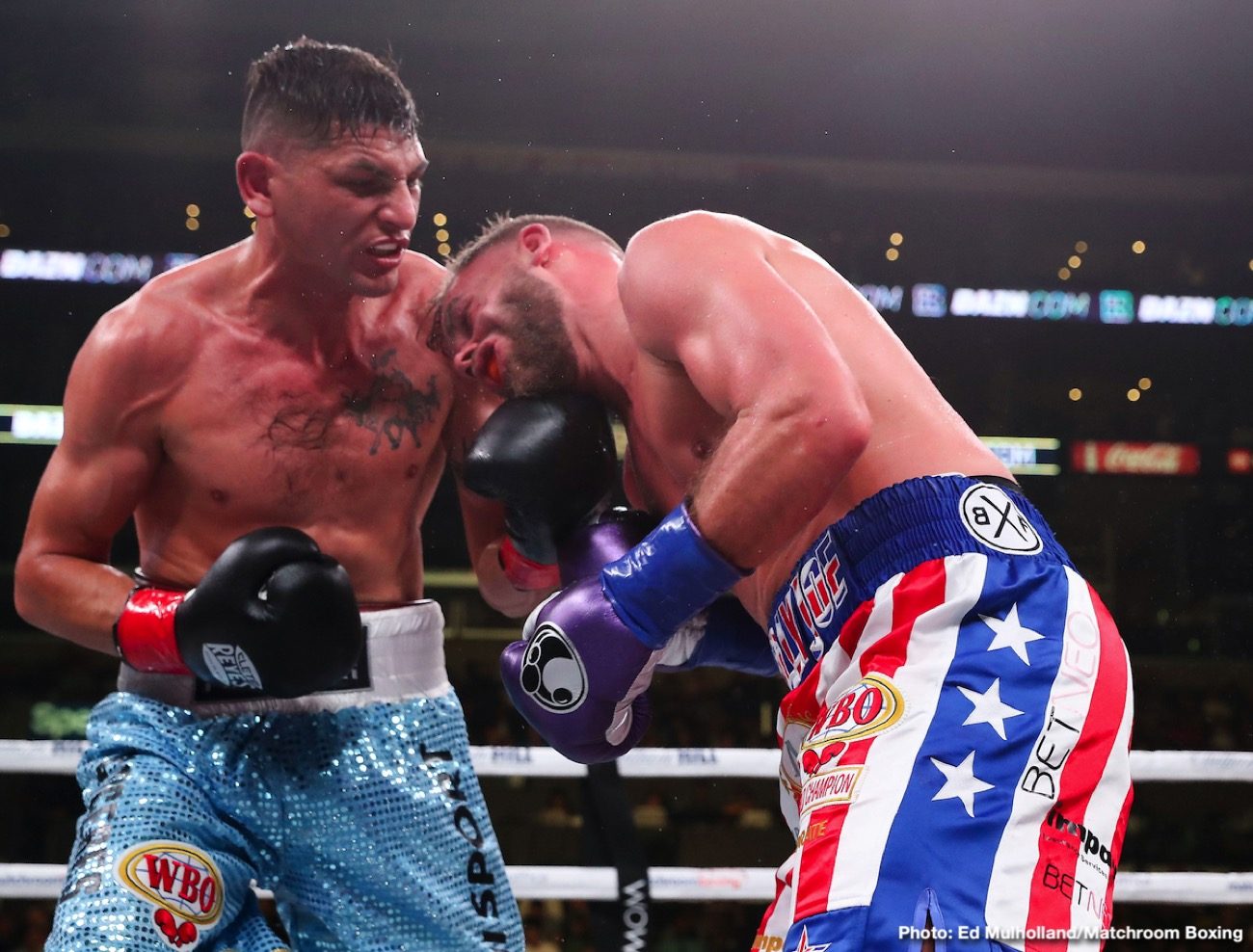 By Sean Jones: Golden Boy Promotions has reportedly increased their offer to Billy Joe Saunders to $7.5 million for him to face Canelo Alvarez on May 2, and the fight is said to be close to being done. @MikeCoppinger says the offer from Canelo’s promoters to the WBO super middleweight champion Saunders (29-0, 14 KOs) has been bumped up by Golden Boy, but there’s still no agreement yet.

Saunders’ promoter Eddie Hearn is denying this information on the offer increase by Golden Boy. However, it’s NOT surprising that Hearn would come forward to deny the news because obviously he wants to make the fight. The last thing Hearn wants is for Coppinger to talk about what Saunders is getting because than Golden Boy will be torn apart by fans for even offering that much to the Britsh fighter.

Is Saunders worth $7.75 million for Canelo fight?

It’s no good if the boxing public finds out that Saunders, 30, is being offered $7.75 million, which is considerably lower than the $12 million Canelo’s last two opponents Sergey Kovalev and Danny Jacobs both got to fight him. Saunders is at a big disadvantage if he’s trying to get the same kind of money as those two, considering that he’s NOT well known by the casual U.S boxing fans.

Some boxing fans would disagree with Golden Boy’s decision to bump up Saunder’s pay to $7.75 million for a Canelo fight, as they think he’s a poor opponent worth not even a fraction of that amount.

Former WBA ‘regular’ super middleweight champion Rocky Fielding got $4 million to fight Canelo in December 2018. U.S fans hated the Canelo vs. Fielding fight, and the match failed to bring in a lot of subscribers to DAZN. Saunders is on the same level as Fielding in terms of name recognition in the States, and his chances of winning are about the same.

If Saunders was more popular than Fielding, then you could argue he rates $7.75 million or above, but he’s not. Saunders and Fielding are two of a kind for all intents and purposes.

Saunders can make bigger money if he beats Canelo

If Saunders agrees to the $7.75 million, which he might not be happy with, he can make considerably more if he beats Canelo on May 2. In the rematch, Saunders would likely be able to get a big bump up in pay from the first fight.

It wouldn’t be surprising if Saunders can get $12 million for the rematch, but if only if he beats Canelo in the first fight. Coming close and losing won’t help Saunders. He’s got to win the fight because he likely won’t get a second chance should he lose.

Normally your sources are spot on – not this time but I will see you at the weigh in!

The way that Golden Boy Promotions president Eric Gomez is talking, the guy they’re interested in Canelo fighting next is Callum Smith, not Saunders. Gomez said this week that the fighter they’re trying to sign for Canelo’s next fight is “Dangerous,” and that boxing fans will be“surprised.”

Saunders isn’t dangerous, and no one in their right mind will be surprised if he’s picked by Alvarez. If anything, fans will be DISAPPOINTED if Saunders gets the fight, because he can’t punch and he’s got a boring style, which involves a lot of spoiling, running and taunting of his opponents.

If Canelo chooses to fight Saunders, it suggests that he can care more about winning a title at 168 than he does in facing someone that the U.S fans want to see him fight.

You can’t put it past Canelo to fight a guy just for his title, because we saw him do that in his last fight against former WBO light heavyweight champion Sergey Kovalev. Canelo arguably took on the worst of the champions at 175 in facing Kovalev, who looked completely over-the-hill.