By Kenneth Friedman: Deontay Wilder reportedly has confirmed that he WILL be exercising his rematch clause for a summer trilogy rematch against Tyson Fury. Lance Pugmire @pugboxing states that he’s spoken to the former WBC heavyweight champion Wilder, and he will be triggering the rematch for a return bout against ‘The Gypsy King’ Fury for the summer.

Wilder (42-1-1, 41 KOs) attributes his poor performance in losing to Fury last Saturday as a result of the heavy 45-lb costume he wore into the ring for his ring walk before the fight at the MGM Grand Arena in Las Vegas.

“@BronzeBomber tells me he is definitely exercising his rematch clause for a summer trilogy against @Tyson_Fury, that his legs were weakened by the 45-pound costume he wore to the ring to honor Black History Month.”

So there it is. Wilder WILL be taking the rematch with Fury in the summer, which means Matchroom Boxing promoter Eddie Hearn will need to steer IBF/WBA/WBO heavyweight champion Anthony Joshua into his title defense against Kubrat Pulev on June 20th, as planned.

“If there’s a chance to fight Fury next, we’ll grab it with both hands,” said Eddie Hearn to ESPN MMA. “I’ve talked to Fury’s advisers. The fight is so big. Everybody wants to make that fight. We are in the plans of Deontay. Wilder hasn’t said anything since the fight, and he didn’t attend the post-fight press conference, understandably so.

“He took a beating that night, and I’m sure he was advised not to go. We’re waiting to see his reaction. I’m expecting him to come out and say, ‘Well done, Tyson fury. I’ll be back, and I’ll be seeing you for fight #3. But we need to know pretty soon because our negotiation process is supposed to be finished in nine days’ time,”

“Hearn said about the Joshua vs. Kubrat Pulev fight. “At the same time, it’s kind of weak to not confirm the rematch immediately. ‘Oh, I’m thinking about it.’ Psychologically that’s a big, big mistake, because what is there to think of? You either want the fight and reclaim your heavyweight belts or you want to pass. If you want to pass, pass, and let us [Joshua] fight for the undisputed championship,” said Hearn.

It looks like Hearn won’t need to wait too much longer for Wilder’s rematch confirmation for the trilogy match with Fury, because he’s already saying he’s taking the fight. Wilder’s self-confidence would need to be completely shattered by his loss to Fury for him not to trigger the rematch clause.

“If Wilder is unprepared to take the rematch, then we want Fury next, and I believe that will happen if he doesn’t take number 3. I thought Fury was amazing, and I thought Wilder was really, really poor as well. He didn’t look good from the first bell. Jay Deas came out with one of the greatest excuses of all time that the ring outfit he wore was heavy.

“I never heard that one before. To be fair to Deontay, I don’t feel he looked heavy-legged even before that first right hand around the side of the head. Deontay Wilder looked like a guy that was done even before the fight got started.

“This is two British champions in a fight for the undisputed heavyweight world champion from Great Britain. We’ll see what happens. We’re ready. I believe Fury will want this. I guess this will rest on our good old friend Deontay Wilder to see what he’s going to do next. We want the Tyson Fury fight next,” said Hearn.

Wilder wearing heavy costume before Fury fight was a mistake

The costume excuse given by Wilder’s trainer Jay Deas is certainly plausible. The costume looked extremely heavy and bulky, and it took Wilder forever to get to the ring.

The last part of the ring-walk involved Wilder needing to walk up a steep set of stairs to get into the ring. With Wilder’s thin legs, it had to have been difficult for him to make his way up the stairs with the heavy costume he was wearing.

It’s unclear how long Wilder was on his feet with the heavy costume on, but it wouldn’t be surprising if it was more than 10 minutes. For anyone that has carried a large pack on a camping trip, it wears your legs out quickly. To go into an athletic competition immediately after carrying a heavy pack for 10 to 15 minutes, would be crazy. Somebody from Team Wilder should have told him not to wear that costume.

Wilder holds the power with the rematch clause

“If Deontay Wilder exercises this rematch clause, there’s nothing we can do,” said Eddie. “That fight happens. We accept that, and I think Fury accepts that as well. I’m hoping he [Wilder] doesn’t, but I’m confident he will. If he walks away from the rematch, then he has a tune-up bout. That basically says, ‘I’m a beaten individual.’

“Anthony Joshua, when he lost to Andy Ruiz, everyone said, ‘Oh, he shouldn’t rematch Andy Ruiz. He should take some time, and get his confidence back.’ Listen, from the moment we sat in the dressing room after the fight, all we talked about was the rematch.

“Now we’ll see the championship mindset of Deontay Wilder. It’s kind of out of our hands, but if there is no rematch, then we want to do everything we can to make AJ against Fury next,” said Hearn.

Hearn needs to keep Joshua busy making title defenses against his IBF and WBO mandatory challengers and stop worrying so much about Wilder and Fury. Joshua has a full plate already for 2020 with his two mandatory defenses due against Kubrat Pulev and Oleksandr Usyk.

As long as Joshua keeps winning, he’ll eventually face Wilder or Fury in either late 2020 or early 2021. 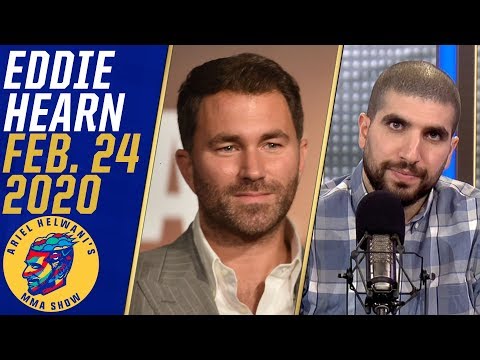