Garcia, 21, landed a single left hook in the head of Fonseca that knocked him flat on his back. The referee Raul Caiz Sr. then stepped in and halted the fight. The bout was stopped at 1:20 of round 1.

Fonseca, 25, only landed one punch in the fight. He didn’t have the time or the speed to land anything before he was banged out of there by Ryan.

The knockout for the 21-year-old Ryan Garcia was his second consecutive 1st round knockout. In his last fight on November 2 on the undercard of Canelo Alvarez vs. Sergey Kovalev, Ryan knocked out Romero Duno with a beautiful left hook to the head in the first round. Like Fonseca, Duno went down hard after getting caught by Garcia’s booming left hook. 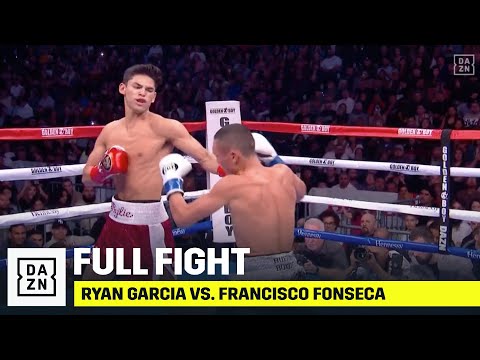 “I saw that the left hook was there, I waited for him to commit to a shot before I let it go. Now I feel like my body is coming in, and I’m ready for everybody I turned up. Let’s go. If he’s a champ, then I’m a champion,” said Ryan about Devin Haney. “We need to fight.

“I said if he had a good performance, I’ll fight him,” said Ryan on Linares.

“You gotta beat me to be champ,” said Haney.

Garcia said that he’ll fight Haney, but only after he beats Linares and Gervonta ‘Tank’ Davis. Haney could end up waiting for a while though, as Tank Davis’ management at Mayweather Promotions may choose not to let him take the fight with Ryan just yet. Tank didn’t look good in his last fight against Yuriorkis Gamboa, and his weight isn’t there yet. 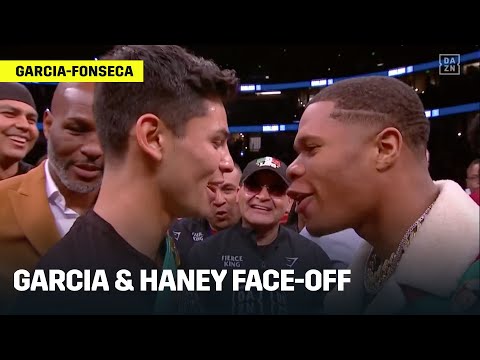 Next up for Ryan is Jorge Linares

The former 3 division world champion Jorge Linares (47-5, 29 KOs) put in a sensational performance of his own in defeating Carlos Morales (19-5-4, 8 KOs) by a 4th round knockout tonight on the Garcia vs. Fonseca undercard. Linares, 34, dropped Morales twice in the fight in putting him down with right hands in round 3 and 4.

This is the same Morales that gave Ryan a lot of trouble in losing a 10 round majority decision in 2018. Linares’ quick right hands were too much for Morales, who never saw them coming when he was knocked down twice in the fight.

Ryan might need more than a left hook for him to beat a skilled veteran like Linares, as he’ll be ready to negate that weapon when the two face each other next May. This fight could come down to which guy lands first. Both Linares and Garcia have amazing hand speed. 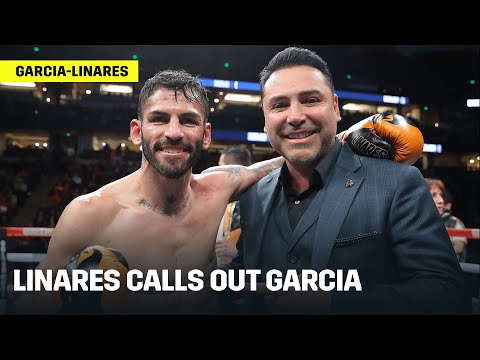 Ryan Garcia: ‘I’m going to SHOCK the world in 2020 when I beat Linares, Campbell and Gervonta’ »