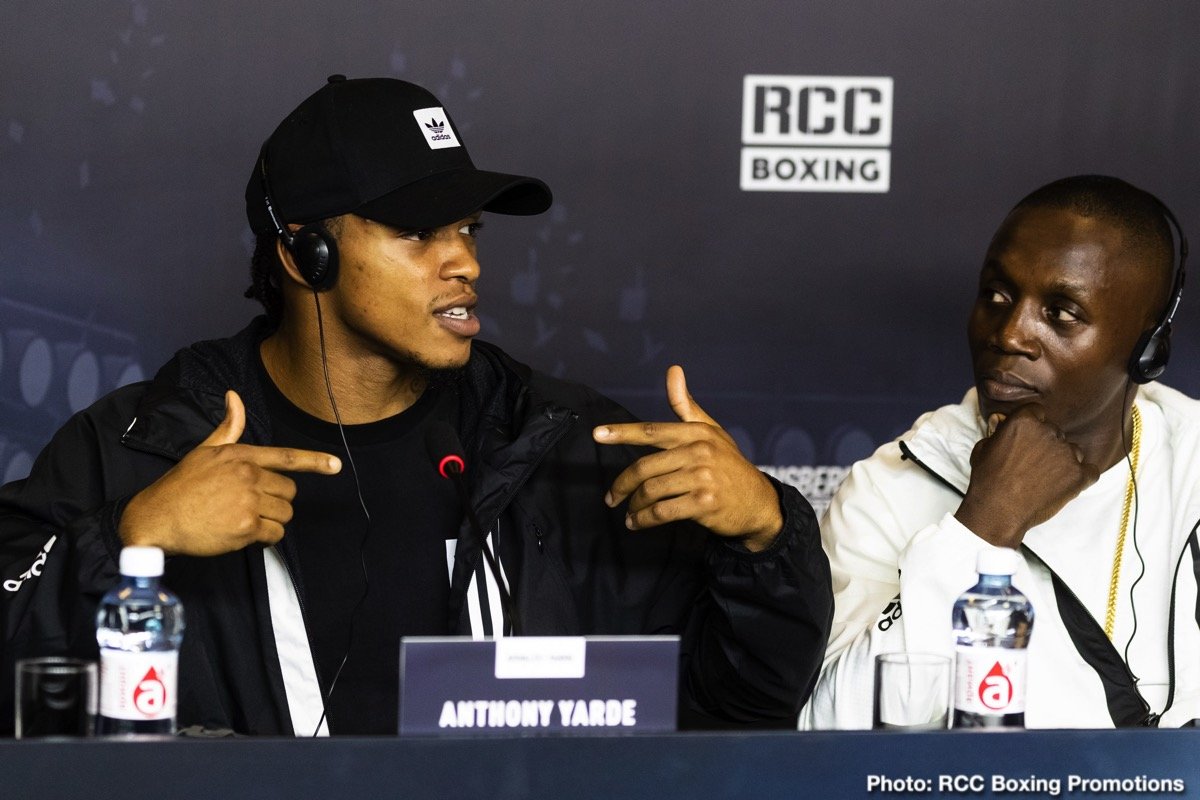 Ramirez, 35 comes from Colombia, and has lost 8 out of his last 10 fights. It’s unclear who in Yarde’s camp decided that he should fight Ramirez, but you can understand why they would see him appealing. Rmiarez has got a good chin. He’s only been stopped 5 times among his 48 defeats. That’s impressive.

Anthony Yarde being criticized for fighting a middleweight

Yarde is taking some heat from fans for fighting a middleweight with 48 losses in Ramirez, but this is a tune-up and confidence booster. You can’t fault Yarde for taking on this level of opponent with him coming off of a defeat.

This is the 28-year-old Yarde’s first fight since losing to former WBO light heavyweight champion Sergey ‘Krusher’ Kovalev by an 11th round knockout last summer on August 24 in Chelyabinsk, Russia. The British fighter Yarde went into the Kovalev fight as his WBO mandatory, and he gave him a tough test before running out of energy and getting stopped from a hard jab in the 11th.

Three rounds earlier, the 36-year-old Kovalev was on the brink of being stopped by Yarde in the 8th when he was hurt by a series of head and body shots. Somehow, Kovalev survived the road with the help of his Russian boxing fans, who cheered him loudly and gave him the boost that he needed to survive the round.

Given Yarde’s low level opponent, it’s not surprising that the boxing world isn’t talking about his fight this Saturday. It’s not a competitive enough fight to get the attention from fans.

Yarde is one of the biggest punchers in the 175-lb division. If his management can make improvements on his boxing skills, and his stamina, he could win a world title in the future. He’s ranked #6 with the WBO. If Yarde can keep winning, he’ll be in the picture for a world title shot against whoever captures the vacant WBO 175-lb title.

Canelo Alvarez stopped Kovalev in the 11th round on November 2 to win his WBO title. The Mexican star vacated the title, and it’s now available. If not for Yarde losing to Kovalev in a failed title shot, he would be in the picture to fight for the vacant WBO belt.

The WBO belt is perhaps Yarde’s best chance to win a world title at 175 right now. It wouldn’t be a good idea for Yarde to face IBF/WBC champion Artur Beterbiev or WBA champ Dmitry Bivol.

Those guys are pretty solid, and not someone that is going to be beaten by a fighter like Yarde. He needs a lot more experience before he has a shot at beating Bivol or Beterbiev.

Haney fires back at Broner: ‘$20 million? DON’T price yourself out’ »