Andy Ruiz Jr. wants tune-up in August, but it WON’T be Luis Ortiz

By Jim Maltzman: Andy Ruiz Jr. acknowledges that Luis Ortiz is a fight that he’d like to take, but he wants to take a tune-up before that in August when he returns to the ring. Ruiz will be starting training now to start losing weight to get down to the 250s by the time he fights his warm-up in August.

Former IBF/WBA/WBO heavyweight champion Ruiz Jr. said he wants to fight for the WBC title against champion Tyson Fury, who he rates as the top guy in the division. Ruiz is also interested in a trilogy fight against Anthony Joshua.

Ruiz to train for 6 months before his tune-up fight

During the interview with PBC on FOX, Ruiz was sweating profusely, and his face looked swollen as if he’d been hit a lot during a sparring session. If Ruiz is already starting to spar now, it shows how serious he is in wanting to get in great shape for his next fight in August. That’s still six months away, which is a long time for Ruiz to be waiting.

The drawback of Ruiz waiting until August to fight is he’ll have been out of the ring for 8 months by the time he fights. That’s a long time for an uninjured fighter, who is in the prime of his career. It doesn’t make a lot of sense for Ruiz to train for half the year just so that he can take a tune-up fight, but t suggests that he wants to take it slow.

Ruiz Jr. wants to keep his weight in the 250s

Andy says that’s a weight [250s] he wants to maintain all the time, and not have to melt pounds off at the last minute. The 6’2″ Ruiz admits that he was out of shape weighing 283 lbs for his loss to Joshua, and he says that’s what kept him from cutting off the ring and throwing combinations in their rematch last December.

Speaking to @PBConFOX, Ruiz Jr. (33-2, 22 KOs) says he still hasn’t found a trainer, but he likes the idea of being trained by Teddy Atlas. He’ll be making a decision on who he picks for his new trainer within a month, he says.

Atlas would be replacing Ruiz’s former trainer Manny Robles, who he let go after his loss to Anthony Joshua on December 7. Ruiz says he wants to isolate himself during his training so that he doesn’t have distractions. If Ruiz selects Atlas, he’ll need to train on the East Coast where Teddy lives.

Throughout Ruiz’s career, he’s put on weight in between fights, and been forced to work hard to lose the poundage during camps. Whether he can change those bad habits now to stay in the 250s year-round is the big question.

“I’m going to train hard and get my titles back. I haven’t made a decision but I will make a decision by next month,” said Ruiz on who will train him. “He’s one of the great coaches, he trained Mike Tyson, and he could teach me some discipline as well. I want to be at 250,” Ruiz Jr. said.

“I think 250 would be the perfect weight for me. My hands will be faster. In my last fight, I was 280-something pounds. I was overweight, and couldn’t cut the ring off being that heavy or throw my combinations. That’s because I should have trained harder,” said Ruiz Jr.

Ruiz Jr. getting a title shot against WBC champion Tyson Fury is unlikely to happen in 2020 or in the first half of 2021. Fury has a rematch with Deontay Wilder next, which could happen in the summer or the fall. The winner of that fight is pegged to be taking on Anthony Joshua for the undisputed heavyweight championship.

If Ruiz Jr. does return to the ring in August for a tune-up, then his fight with Luis ‘King Kong’ Ortiz (31-2, 26 KOs) will likely happen towards the end of the year. That’s a fight that the boxing public wants to see. 38-year-old Chris Arreola is the name that Ruiz Jr. is rumored to be fighting next.

The former 2-time world title challenger Arreola (38-6-, 33 KOs) is a good tune-up level opponent for Andy, but obviously not a great choice. But Andy needs someone that will give him some rounds, and enable him to work on different things, like cutting off the ring, for one. Arreola is someone that could give Ruiz a hard time if he’s unable to knock him out.

In Arreola’s last fight, he went the 12 round distance against unbeaten contender Adam Kownacki last August at the Barclays Center in Brooklyn, New York. Arreola threw over 1000 punches in that fight in losing a decision.

With the kind of heat that Arreola would bring to Ruiz, he’d be a tough tune-up. If Ruiz is feeling lazy during the fight, Arreola will beat him and make him look bad. He’s a potentially risky fight for Andy if he’s not disciplined during training camp.

Ruiz to fight Ortiz after a tune-up

“I posted on my Instagram that I’m starting my camp now, and I want to get in shape now,” said Ruiz. “I don’t want to wait until the last minute. That’s why I’m starting camp now. He [Al Haymon] did say to me if I wanted to fight this one or that one. I don’t want to say right now [who it is]. I did say, ‘yes,’ of course. And I want to fight in August.

“There are a few guys out there. They mentioned [Luis] Ortiz as well. I want to have a fight before I fight Ortiz. Everybody is talking about me and Ortiz. I think that would be a great fight. If not, if Tyson Fury is looking for somebody, I’m pretty sure.

“There’s something like that. Hopefully, we can negotiate and fight by the end of this year,” said Ruiz when asked if he’d like to fight a trilogy against Anthony Joshua.

Ortiz lost to former WBC heavyweight champion Deontay Wilder by a 7th round knockout last November, but the Cuban fighter had won every round before that. He was out-boxing Wilder and making him look bad. 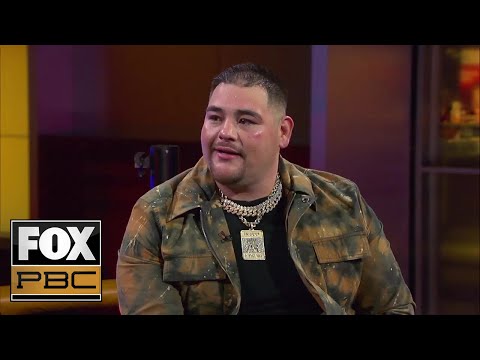