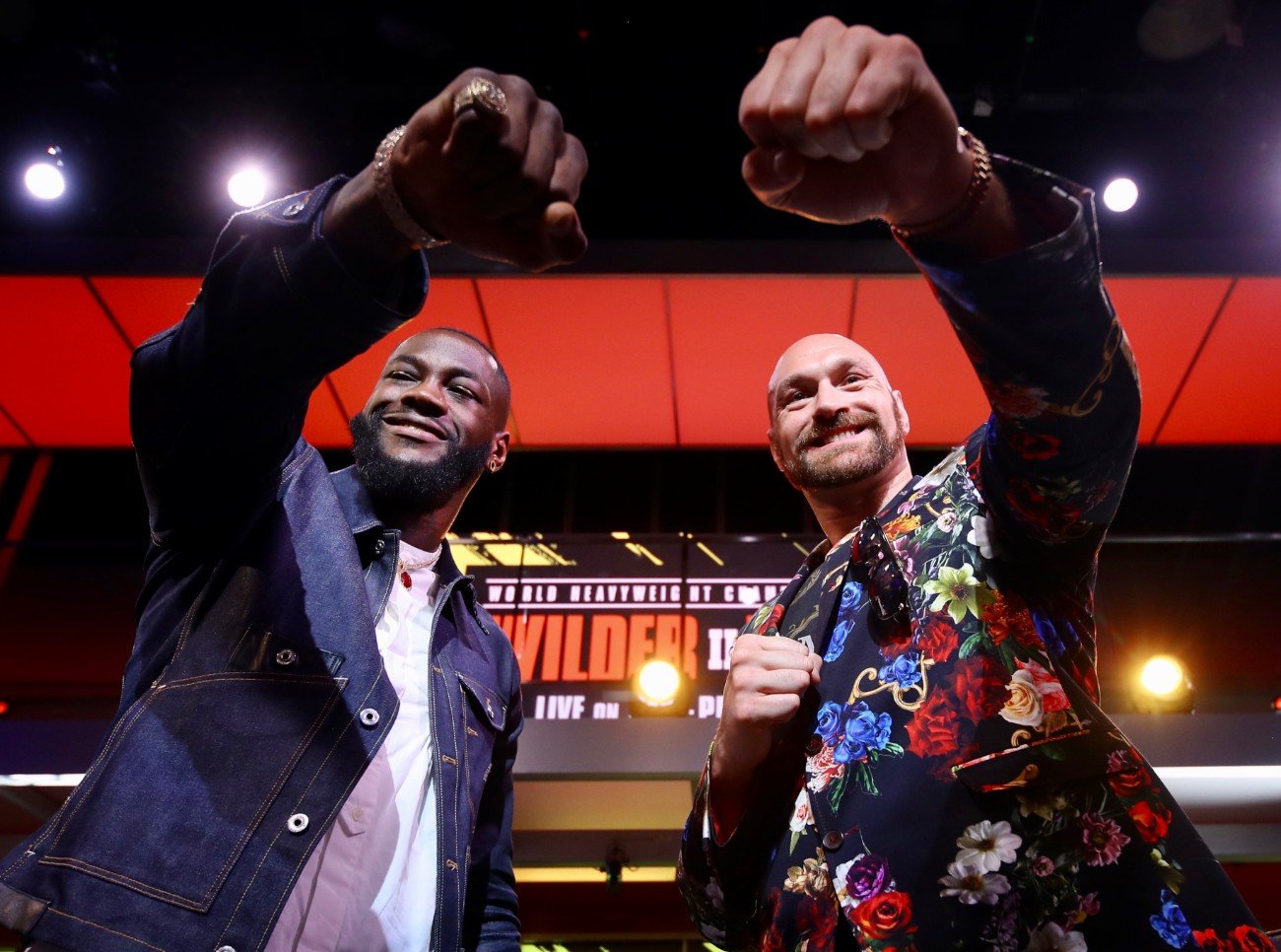 By Ismail Chunara: Just over a year ago on December 1st at The Staples Centre in Los Angeles we witnessed one of the most intriguing fights in recent boxing memory. The two Goliaths in Deontay Wilder and Tyson Fury squared off in what turned out to be a captivating match up.

Before the fight not many gave Fury a chance and many felt he would face the fate of all previous Wilder victims. Fury was coming off a long layoff, drug abuse, mental health issues and a tremendous amount of weight gain and still produced a great performance. The highlight of the fight being Fury rising from the ashes like a Phoenix and ending the memorable 12th round on top.

Fast forward 14 months or so and we’ve seen both men fight twice. Wilder facing better opposition and doing what he does best in knocking out Dominic Breazeale in a highlight reel 1st round KO, then knocking out Luis Ortiz in a very patient performance.

On the other hand Fury had a tougher than expected time in facing Sweden’s Otto Wallin. Suffering a huge cut in the fight. Fury once again showed heart and determination and came out with a unanimous points victory.

Tyson Fury has since changed his trainer and bought in Kronk gyms Sugarhill, the nephew of the great late Emanuel Steward. Andy Lee serves second in command, with Stitch Duran brought in to do the cut work. Tyson changing trainer says a lot. His previous trainer Ben Davison’s style is most to do with moving around the ring and being a slick boxer which Fury already is.

Sugar Hill I’m sure is teaching Tyson to sit down more on his shots and to get more mustard behind them. This time round Fury is match fit and fully active. He’s not coming off an almost 3-year layoff. Fury has been there already with Wilder and took his best shots.

You see people say Wilder had improved a great deal since the Fury 1st fight. But I don’t think he has. We all expected him to ko Dominic and Luis. He didn’t show anything different and people are getting abit too carried away. He did what we all knew he was going to do. He didn’t show any major boxing improvements.

Fury said he would KO Wilder in 2 rounds. But you can take that with a pinch of salt. Fury is not going to come in swinging like a mad man from the 1st bell. That’s not what he means. Fury doesn’t really need to change much. He should be abit more aggressive though. In the 1st fight Fury was lighting Wilder up with beautiful one two’s. And you can expect him to be a bit heavier this time and for him to hit a lot harder and back Wilder up a lot more.

Fury has had 2 previous rematches both ending in stoppages so he will take confidence from that. Fury’s already been in there with Wilder. He’s got all the data he needs. He is fit and active. He has a lot to prove, and boxers tend to do better in rematches. He knows he needs to push Wilder back more. Be a bit more aggressive and the victory will be his.

If Wilder was ever going to beat Fury The first fight was his chance and he arguably lost that fight. Still till this day you have many people saying that the fight should have been stopped in the 12th round. Exactly how?! When Fury got up he finished the fight brilliantly. So Jack Reiss made the right decision in letting the fight go on. Others say the count was long by referee Reiss, which is just preposterous.

The first fight was probably the worst Fury that Wilder was going to get and still Fury made Wilder look amateurish at times. So just imagine how exceptional Fury will look 2nd time round. Yes, the Wilder’s right hand is a problem. But this time a fit and fighting ready ‘Gypsy King’ Fury will be more switched on.

Personally, I cannot wait for this and February 22nd can’t come any quicker. Lets hope for another classic and may the best man win.