Ryan Garcia: ‘My fight with Francisco Fonseca will be measuring stick to compare with Gervonta Davis’ 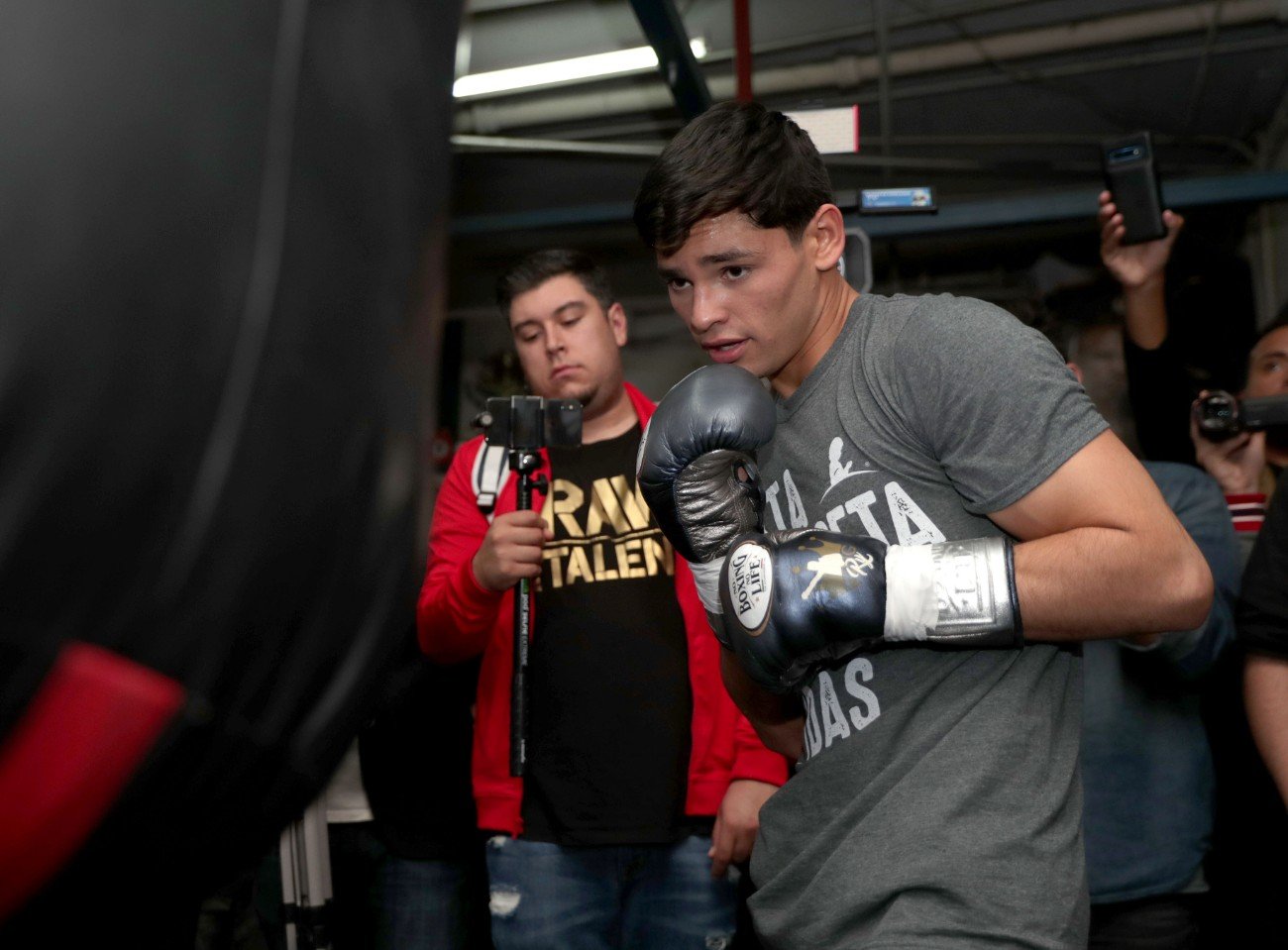 By Aragon Garcia: Next month Ryan Garcia will be having his coming out party on Valentines Day on February 14 against former 2 time world title challenger Francisco Fonseca (25-2-2, 19 KOs) on DAZN. The two will be meeting at the Honda Center in Anaheim, California.

The talented young 21-year-old Ryan ‘Kingry’ will be defending his WBC Silver 135-lb strap when he enters the ring against the Nicaraguan Fonseca.

What makes the fight with Fonseca, 25, so important is the fact that boxing fans will get the chance to compare how Ryan Garcia does against him in comparison to world champions Tevin Farmer and Gervonta ‘Tank’ Davis.

Both guys have beaten Fonseca in tough fights in the past, and they fought him a tough customer. Tank Davis had a devil of a time in defeating Fonseca in August 2017 in stopping him in the 8th. Before Davis scored a knockout in the 8th, he took a lot of hard shots, and he looked exhausted.

Garcia ready to give media & fans a measuring stick

“Francisco Fonseca has fought similar opponents as Tevin Farmer and Gervonta Davis,” said Ryan Garcia.  “I feel that it will show people where I am. They’ll be able to compare the fights.

“I think that’s why this fight is very important. The fans will be using it like a measuring stick,” said Garcia in continuing on about the Fonseca fight. “The media can use the fights to compare my skill set with Farmer and Davis against a similar opponent.”

For Garcia to come out of the fight with Fonseca looking great, he’s got to stop him before the 8th round. That’s when Tank Davis knocked him out 3 years ago in 2017 in a fight that was competitive, and had a premature stoppage.  A year later, Famer beat Fonseca by a 12 round unanimous decision in December 2018.

The scores were 117-111, 117-111, 117-111. Fonseca landed a lot of good shots against Farmer, and forced him to box in order to win. It was a fight in which Farmer didn’t look all that great in winning. Earlier in the contest, Farmer tried to stand in front of Farmer, but it didn’t work.

Ryan Garcia: My following is bigger than Gervonta Davis’

“Now that social media has come into play, people can start to follow boxers quicker,” said Ryan Garcia to secondsout. “That’s what they did with me, and I felt like I represented boxing in a good way, and I brought it to a new generation. I feel like kids that are 15 and 16, since they’re fans of me, they’re going to watch boxing.

“So I feel like I’ve done great with the sport so far, and I have a lot to prove, and this era of social media, and everyone involved in their phones, I feel like I’m representing well,” said Garcia. “Well, if he’s talking following, I am bigger than him. If he’s talking following,” said Ryan on Gervonta ‘Tank’ Davis in comparing his followers to his. “Gervonta can’t deny I’m just as big as him.

“You can walk down the street and ask who Ryan Garcia is and they’ll know who I am,” said Ryan. “Like Gervonta, the same way with him. Those are the main two names I here, Gervonta and Ryan Garcia around, like the new boxers coming up. So that’s crazy for Gervonta to say that,” said Ryan about Gervonta having said that he doesn’t have the same following as him.

“Gervonta even said in one of his interviews that his biggest fight would be against me. So he backtracks a lot, but that’s what he does in fights when he gets tired,” said Ryan.

Tank Davis needs to step it up

Gervonta is a popular guy, but he’s not gained the type of social media following that Ryan has going for him. For Davis to get to where Ryan is at, he’s going to need to start beating better opponents. His best wins have come against Jose Pedraza, Yuriorkis Gamboa and Fonseca.

Tank Davis and Ryan need to fight soon for the two of them to claim supremacy in the lightweight division. Garcia is game, and he’s already called out Tank Davis, as well as Devin Haney.

“My toughest challenge would be against Devin Haney,” said Ryan Garcia. “Which would shoot me to stardom would be Gervonta Davis. Just because there would be so much hype surrounding that fight, they would all feel that it’s too soon for me.

“They would all think that Gervonta would knock me out, and they would all put me as an underdog,” said Kingry Garcia. “And when I shock the world like I said I will, then I become a star like Muhammad Ali. All things can be proven in the ring, and all things will go away when I start showing what I can do in the ring. I can say all I want, but they have this perception on me, but you change them in the ring,” said Garcia.

WBC lightweight champion Devin Haney (24-0, 15 KOs) is a solid guy, but his hand speed, power and toughness are questionable. Unless Haney improves in those areas considerably, he’s going to come apart when he faces Ryan in the future. It’s unknown when those two will eventually meet up.

“I didn’t train in Mexico this time because I trained in Lajolla,” said Ryan about his camp with coach Eddy Reynoso. “Training alongside them, you can’t have a better mentor than the pound-for-for champion, and best fighter right now,” said Ryan about his training in the same gym as Canelo Alvarez.

“It’s just been a great experience for me, and I’ve been learning a lot. I’ve been moving forward with my boxing ability. I feel like everybody is going to respect my boxing ability, and what I bring to the sport. I know I have fans across the world, and I feel that people everywhere are going to support me.

“That feels good, and that’s what social media does. Everybody can support you. To the Mexican people, they’re going to respect the fighter in the ring if they fight great, and fight real hard. So that’s what I’m going to do,” said Garcia.

Being able to train alongside Canelo Alvarez gives Ryan the chance to learn a lot from this great fighter. It’s like having 2 trainers, and it’s going to help Garcia in the long run.

Boxing » News » Ryan Garcia: ‘My fight with Francisco Fonseca will be measuring stick to compare with Gervonta Davis’