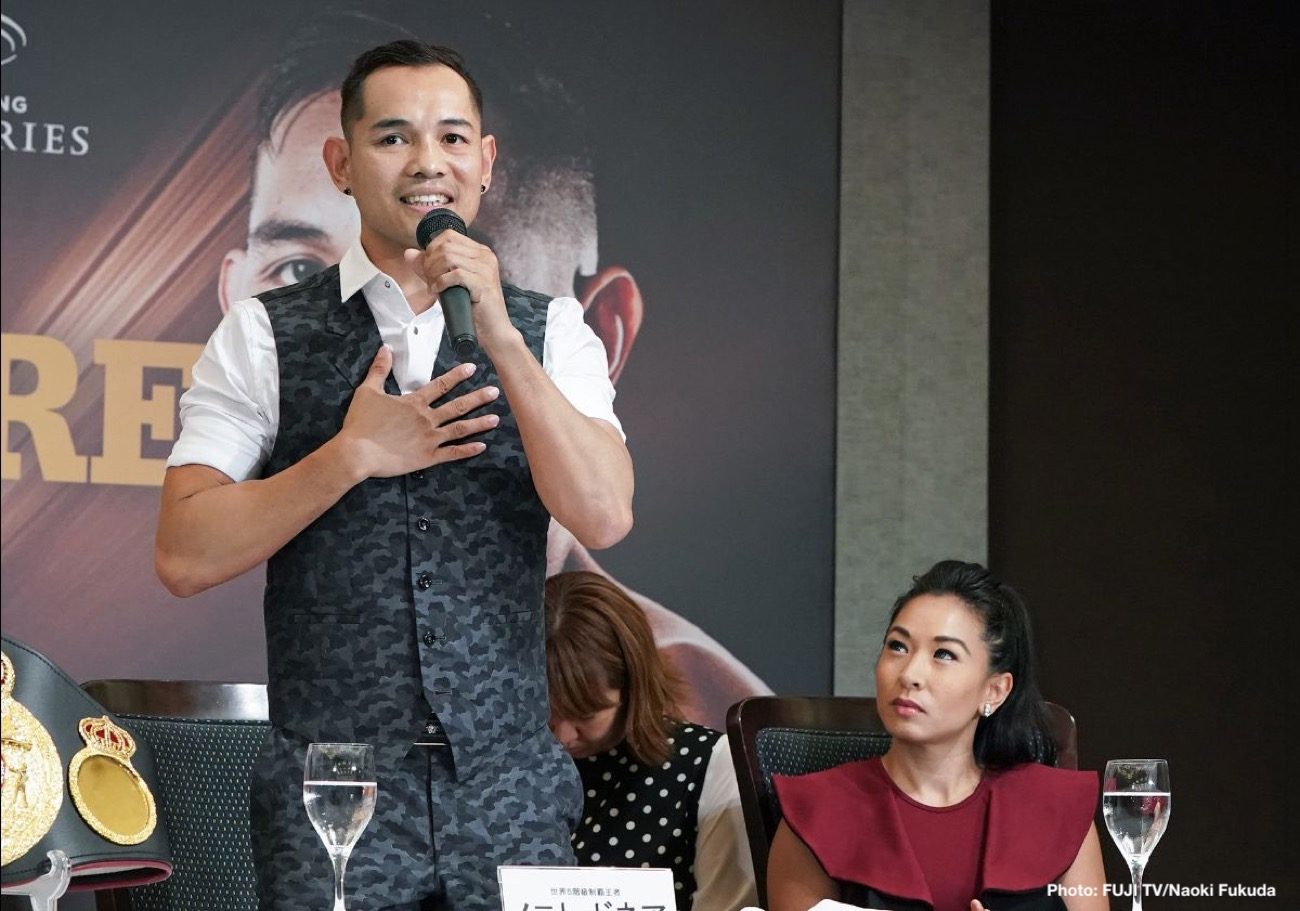 By Chris Williams: Tuesday’s purse bid for the Nordine Oubaali vs. Nonito Donaire fight was reportedly won by TGB Promotions with a winning bid of $401,000. WBC bantamweight champion Oubaali (17-0, 12 KOs) will be making his third defense of his title against mandatory Donaire (40-6, 26 KOs).

There’s a very good chance that the two-time Olympian Oubaali, 33, loses his WBC title to former 4 division world champion Donaire in this fight.

A victory for Donaire in this fight with Oubaali could put him in position for a rematch with Naoya Inoue. That’s a fight that Donaire wants. Nonito broke the Japanese star Inoue’s nose and cracked eyebrow ridge in their last November. Inoue was falling apart piece by piece under the heavy blows from Donaire, and he was lucky to escape with a victory. Some of the huge shots that Donaire missed in that fight, had knockout written all over them.

Inoue was falling apart piece by piece under the heavy blows from Donaire, and he lucky to escape with a victory. Some of the huge shots that Donaire missed in that fight, had knockout written all over them.

Oubaali not a big puncher

Despite being unbeaten and a world champion, Oubaali can’t punch, and he’s more of a high volume arm-puncher. That’s not the type of fighter that you need to be in order to defeat the 37-year-old Donaire.

Oubaali is going to be getting hit a lot with major shots in this fight, and he may not last long once Donaire starts sitting down on his shots.

TGB Promotions works with Al Haymon and Premier Boxing Champions. This fight should be set up soon, and obviously it’ll likely be taking place in the U.S rather than Oubaali’s home country of France. Donaire has been fighting all over the place in the last 10 years of his career.

It probably doesn’t matter to Donaire where the fight is staged. He’s the type that would be willing to fight in Oubaali’s home country, and not think twice about it.

Donaire brings his own judges with him in the form of his two fists, and he’s not going to be looking to win by a decision. That’s one that Donaire has in his favor. When he loses, it’s not because of a controversial decision.

These are the different spots where Donaire has fought since 2010:

Donaire is comfortable going anywhere to fight, and he’s not going to be bothered by the lighter shots from Oubaali. This fight could end up being similar to Donaire’s match against Jorge Arce in 2012. Like Oubaali, Arce lacked power, and he had nothing to hold Donaire off of him. Donaire walked Arce down, and destroyed him in three rounds.

Last November, Donaire gave Naoya ‘Monster’ Inoue all he could handle in losing a 12 round decision in the final of the WBSS tourney in Saitama, Japan. Inoue had too much youth, speed and power for Donaire to provail. However, Donaire definitely got his licks in that fight.

Oubaali will need to try his best to stay out of the way of Donaire’s powerful left hook, as he won’t last long if he lands that shot with regularity. Donaire is too powerful for most 118-lb fighters to withstand his shots.