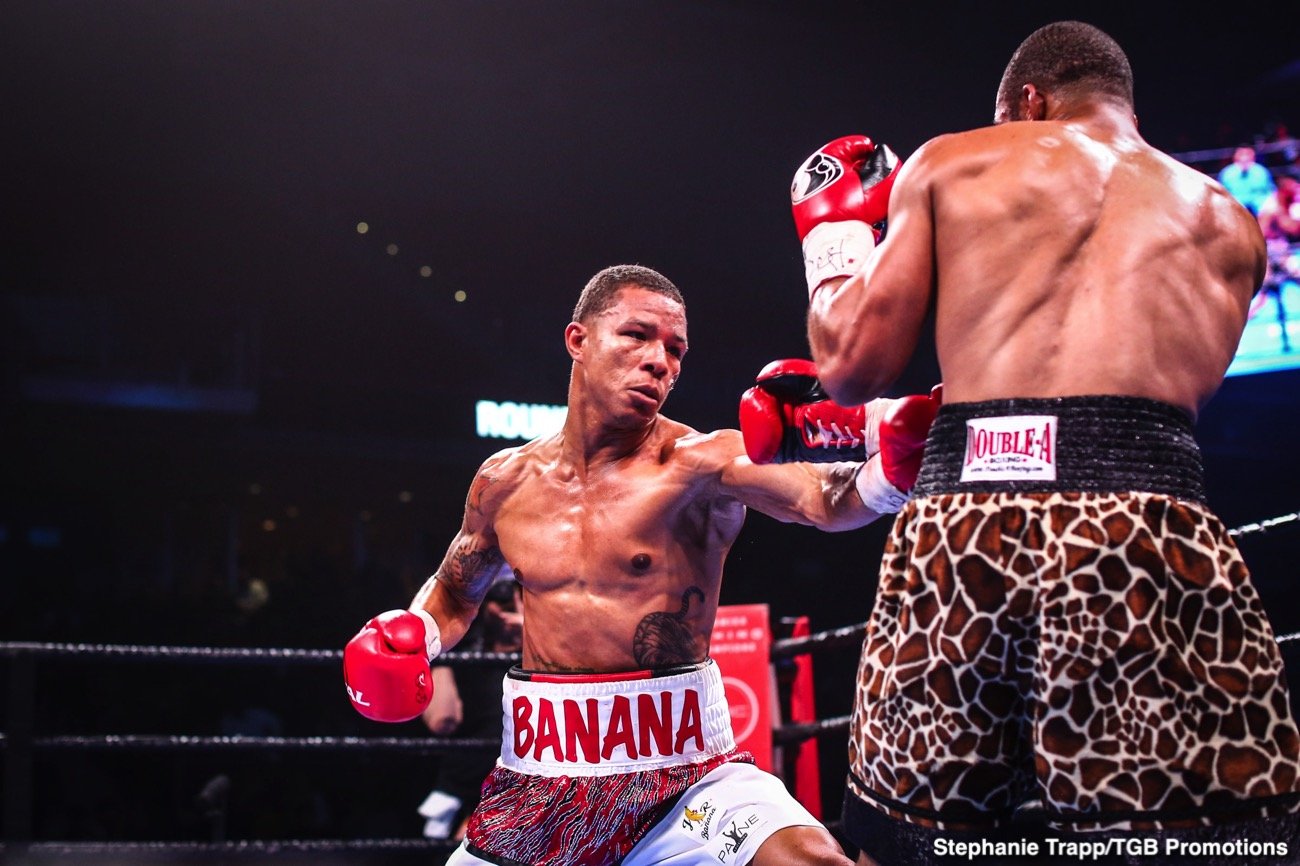 Rosario, who comes from the Dominican Republic, hurt Williams with an uppercut in the 5th. He then nailed him with a couple of powerful right hands that wobbled him. Rosario then dropped the badly hurt Williams. When Williams got back up, Rosario unloaded on him, which forced referee Benjy Esteves Jr. to step in and stop the fight. The official time of the stoppage was at 1:37 of round 5.

Williams, 29, started well in the 1st round in landing some nice shots to the head of Rosario. However, from round 2 on, the younger 23-year-old Rosario took over the fight, nailing Williams constantly with nice shots, and dominating him.

Rosario came into the fight a big 30:1 underdog, but the odds-makers obviously didn’t do their research properly. Had that seen Williams’ fight with Jermall Charlo in 2016, they’d have realized he’s got a chin problem, and made Rosario the favorite.

All the mean looking stares that Williams was giving Rosario during the face off at the weigh-in, and at the press conference, it now makes him look kind of silly. Williams’ intimidation tactics failed to produce the win tonight. That stuff doesn’t work against good fighters. 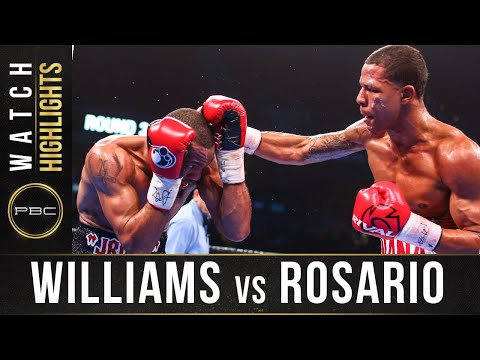 Cobert knocked Corrales down in the 10th round with a left-right cobination. In the 11th, Colbert and Corrales both traded shots. Colbert came close to losing a point when forced Corrales out of the ring. In the 12th, both fighters went toe-to-toe in 3 minutes of action. The final scores were 116-111, 117-110, 117-110. 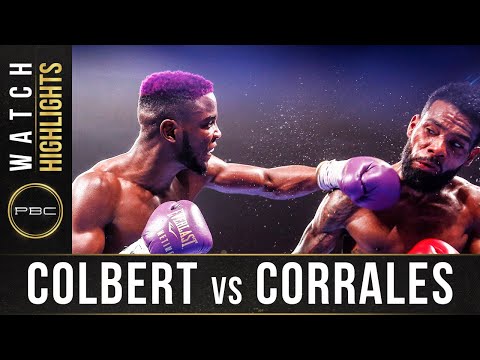 The 19-year-old Spencer had Spring hurt in the 6th round, but was unable to finish him off. It was a good performance by Spencer. Spring, 35, deserves credit too for being able to survive and go the distance despite being badly over-matched. 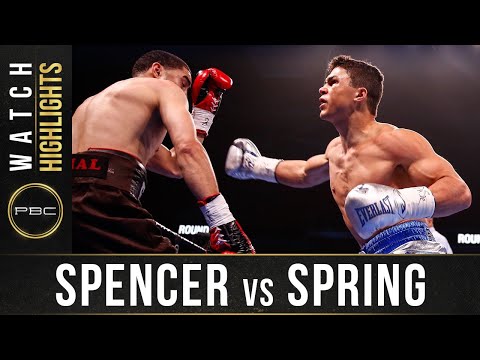 LaManna was game, but couldn’t stand up to the huge power of the 32-year-old Cota. The fight was halted in the 5th by referee Gary Rosato after LaManna’s corner decided he’d had enough. The fight was stopped at 1:22 of round 5. Cota has now won his last two fights after losing to Jeison Rosario and Jermell Charlo in consecutive fights.

Unbeaten super bantamweight Romuel Cruz, (4-0-1) beat Julio Garcia (3-4, 2 KOs_ by a 1st round knockout. Cruz dropped Garcia twice in the first round. The fight was halted by referee Benjy Esteves at 2:56 of round 1.

In an impressive performance, middleweight Kyrone Davis (15-2, 6 KOs) defeated Antonio Todd, 7-3, 4 KOs) by a 4th round knockout. Todd took a lot of punishment in this fight before the fight was mercifully stopped by referee Gary Rosato at 2:28 of round 4.

Unbeaten junior middleweight Paul ‘The Punisher’ Kroll (7-0, 6 KOs) beat Marcel Rivers (7-3, 4 KOs) by a 4th round knockout. The 2016 Olympian Kroll knocked Rivers down 3 times in the fight in dropping him once in round 3, and two times in the 4th. The fight was stopped at 0:49 of round 4.

The loss for the 32-year-old Rivers was his third straight after starting his career out at 7-0. He’s fallen apart suddenly in his last three fights for some reason. Even against weak opposition, Rivers is having problems.

Undefeated heavyweight Norman Neely (5-0, 5 KOs) defeated journeyman Karry Knight (4-23-1, 1 KOs) by a 1st round knockout. Neely unloaded on the overmatched Knight with a flurry of shots to drop him on the canvas. The fight was then stopped. The time of the stoppage was at 1:21 of the 1st.


« Tyson Fury dismisses Oleksander Usyk. ‘NO one is interested’