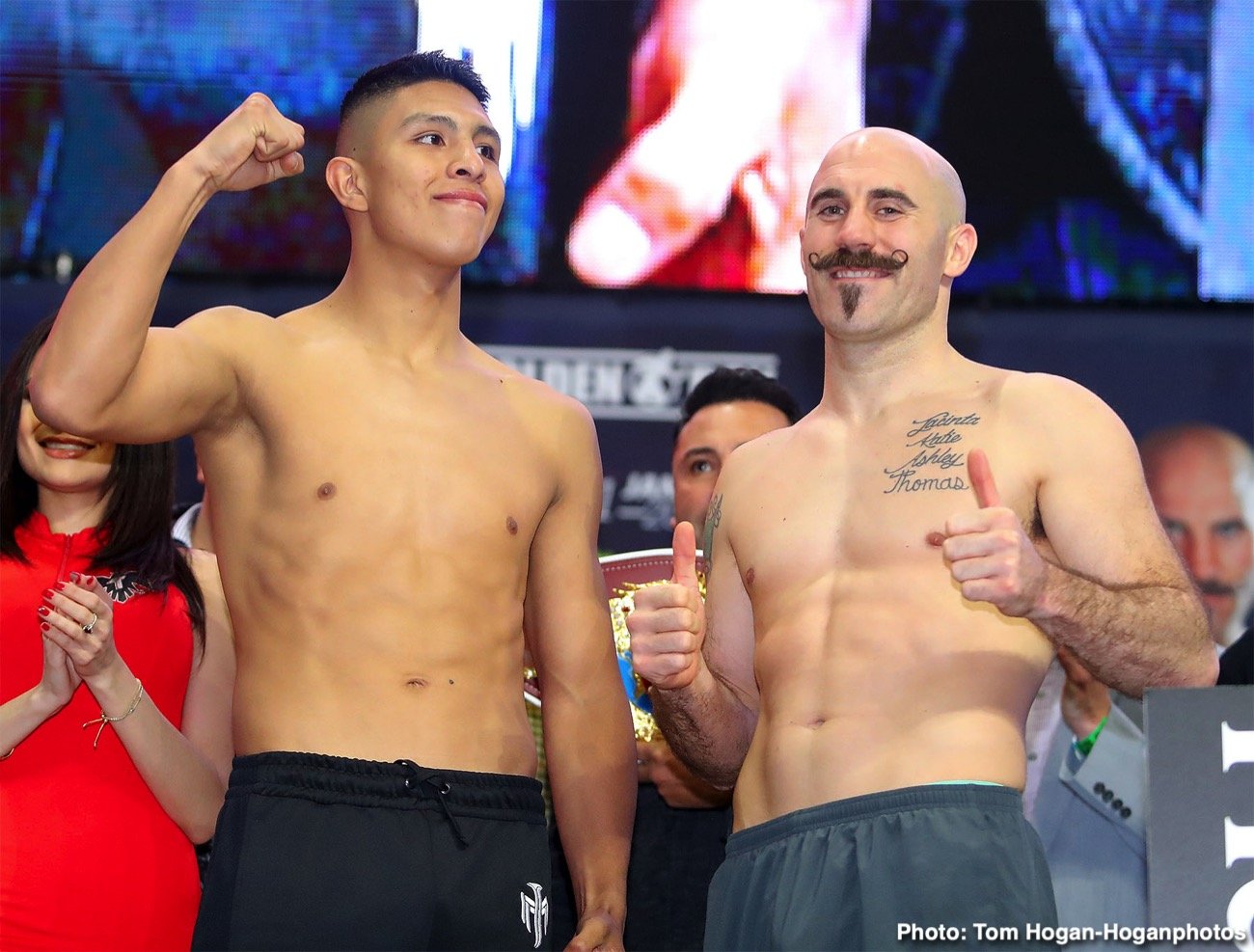 If Munguia can stay at 160 for 5 to 7 years, he would enjoy a size advantage over his opponent, and that might help him succeed.

Munguia was viewed as a WEIGHT BULLY at 154 in holding down the  WBO title, and he was said to rehydrate to 175 lbs. That’s 21 lbs over the 154-lb limit. It’s a good thing that boxing no longer has same day weigh-ins, considering that would have made it impossible for him Munguia to fight in the division for as long as he did.

This is a fight that will give fans a good idea of whether Munguia is going to have a future in the middleweight division. At 154, Munguia held the WBO title from 2018 to 2019, but he was generally viewed as the weakest of the belt holders in the division.

Munguia wants to fight for a world title after Saturday

“We will look for world titles at 160 pounds for the people that follow me,” said Munguia.

The only title at 160 that Munguia would have a chance of winning right now would be the WBA ‘regular’ belt held by Ryota Murata. That wouldn’t be an easy fight for Munguia either right now. What Munguia to continue to develop, and hope that he improves enough to compete with the lions at 160. It would be a foolish mistake for Munguia to fight any of these champions at 160 right now:

O’Sullivan a tough test for Jaime

Munguia never fought any of the dangerous guys in the weight class, and he gave up his WBO belt just when he had a couple of tough contenders in Carlos Adames and Patrick Teixeira poised to challenge him. If Munguia fails his test against O’Sullivan or if even struggles to win, his future will be cloudy.

This is the 23-year-old former WBO junior middleweight champion Munguia’s debut at 160. The only thing you can criticize about this fight is the fact that Munguia (34-0, 27 KOs) is fighting a guy that is small for a middleweight, and a little up there in age at 35.

O’Sullivan (30-3, 21 KOs) can still punch though, and if he catches Munguia with a clean shot, he could take him out.

Munguia is trained by boxing Hall of Famer Erik Morales, and he’s been saying that he’s improving and learning a lot. Proof is in the pudding. We’ll see on Saturday if Munguia is improving or if this is just a lot of talk by Morales.


« Golovkin vs. Szeremeta still not done for March 28 in Chicago on DAZN