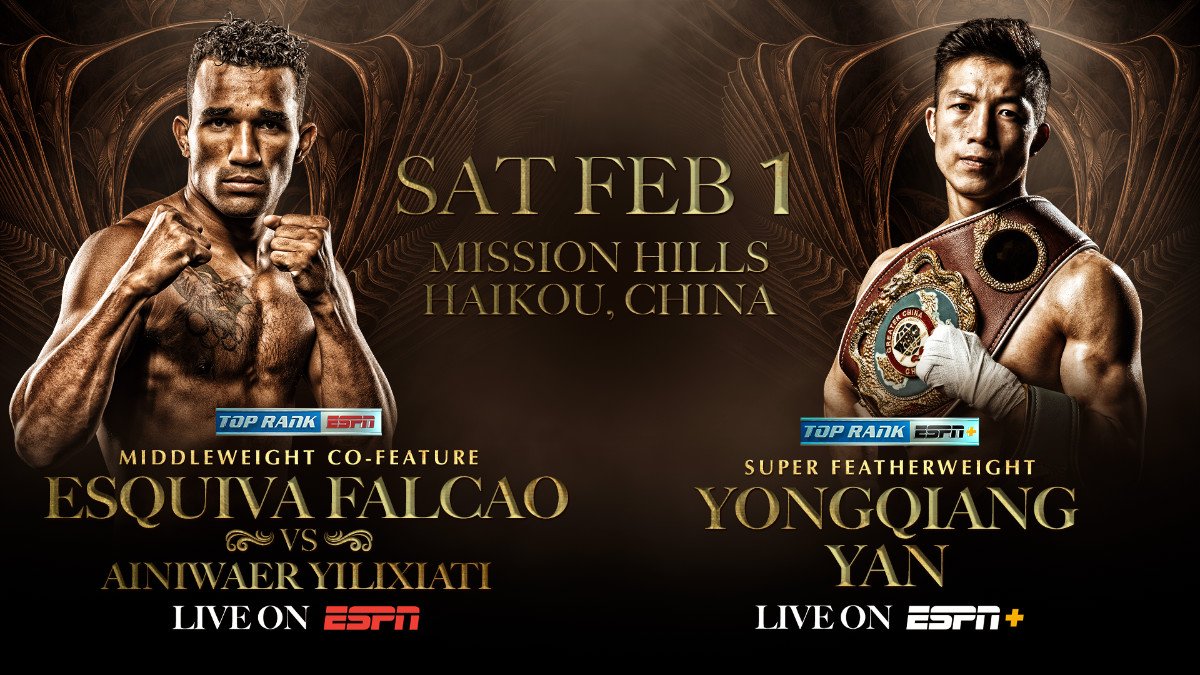 The undercard will stream on ESPN+ beginning at 8 p.m. ET.

“We’ve promoted Falcao since the beginning of his career, and this is his opportunity to showcase his tremendous ability in front of a large audience on ESPN,” said Top Rank chairman Bob Arum.

“2020 is the year I challenge for a world title, but my journey continues in China against a very tough opponent,” Falcao said. “This is a chance to show I can compete with all the middleweights, and at 30 years of age, I am in the prime of my career. My amateur career took me all over the world, and I can’t wait to travel to Haikou to put on a show for the Chinese people, my fans back home in Brazil and everyone watching on ESPN.”

Falcao (25-0, 17 KOs), a 2012 Olympic silver medalist, turned pro following a stellar 215-15 amateur run that also included a bronze medal at the 2011 World Championships and a gold medal in 2012 at the prestigious Cheo Aponte Tournament.

He turned pro under the Top Rank banner in 2014 and is now ranked in the top 15 by three of the four major sanctioning organizations. A southpaw boxer-puncher, Falcao went 3-0 in 2019 with knockout wins over Manny Woods and Jesus Antonio Gutierrez, in addition to a decision win in Brazil against Jorge Daniel Miranda. Yilixiati (17-1, 12 KOs) has won seven in a row, including a pair of victories since moving down to the middleweight ranks.

In live action on the ESPN+ undercard stream: