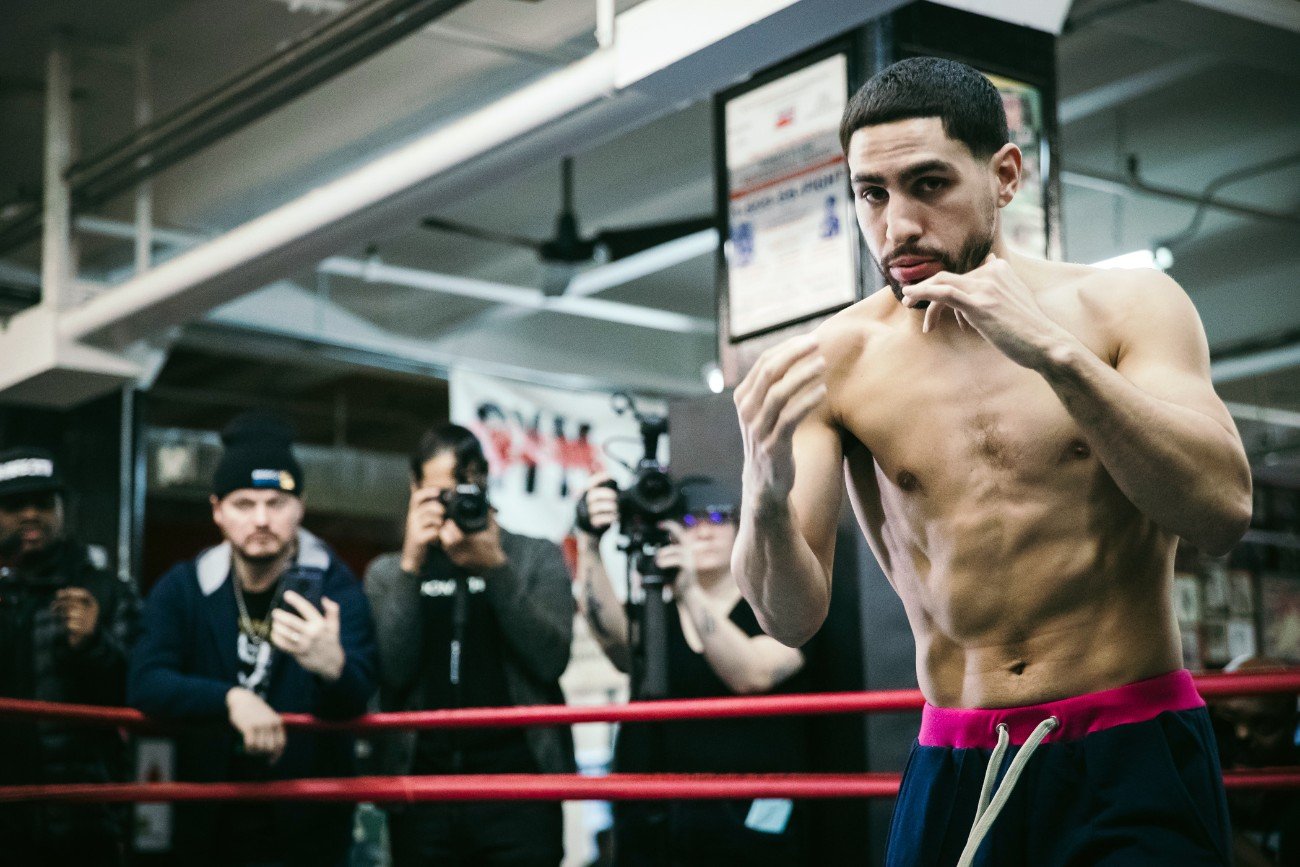 By Chris Williams: Danny Garcia wants to let Terence Crawford know that he’s in the A-side position when it comes to future negotiations with him if he wants that smoke.

Garcia (35-2, 21 KOs) could be the guy that finally gives 12-year pro Crawford the name that he’s been looking for all these years. But Garcia has a lot of options with him ranking #1 with the WBA/WBC and WBO. If Crawford wants a fight with Garcia, he’s going to need to come up with the right deal that interests him.

WBO welterweight champion Crawford (36-0, 27 KOs) has been showing desperation lately in calling IBF/WBC champion Errol Spence Jr. out on social media in what some believe is a last ditch effort to finally get a big fight before he starts losing his skills due to his advancing age.

“I believe I’m ranked #1 WBA, WBC and WBO, so the balls is in my court,” said Garcia to Fighthype when asked if he’d like to fight Terence Crawford. “Yeah, for sure. This is a business, and anything can be made if it can be done right.”

Danny is in the running for fights against Manny Pacquiao and Spence? Why would he want to fight Crawford rather than those two fighters?

Although Spence spoke to Crawford on the phone recently and let him know that the two of them are going to fight, that’s something that may not happen anytime soon. According to Tim Smith of Premier Boxing Champions, Spence is going to run the gauntlet by facing the PBC welterweights. If Crawford wants the fight with Spence, he’s got to build his name up, which he’s not been doing lately. Crawford’s last 5 fights have come against these guys:

Garcia, 31, fights Ivan Redkach (23 4 1, 18 KOs) this Saturday night on January 25 on Showtime in a WBC welterweight title eliminator at the Barclays Center in Brooklyn, New York.

Spence (26-0, 21 KOs) is supposed to be back from his car crash in May or June, but we’ll see about that. Errol’s management at PBC probably won’t want to put him in a risky fight with Danny Garcia in his very first fight back unless they’re absolutely certain that he can fight at a high level, and not get hurt.

Garcia does well when he’s facing fringe level fighters at 147, but when he’s stepped it up against better opposition, he’s lost. Keith Thurman and Shawn Porter both beat Garcia. Spence already beat Porter, and he would likely defeat Thurman if given the chance.

“I’m the bigger and stronger guy, so if he does that, he’s in trouble,” said Garcia about Redkach possibly meeting him in the center of the ring to slug. “I’m fighting for the KO, Danny Garcia KO, under nine rounds. Yes sir,” said Garcia when asked if his next fight will be on pay-per-view.

Redkach, 33, is likely going to try and slug with Garcia, because that’s the style that he uses. On paper, Garcia wins this fight, but we don’t know what he has left. Garcia has been inactive for the most part in the last 3 years, and his only wins have come against Adrian Granados and Brandon Rios.

You can’t give Garcia credit for giving Thurman and Porter a tough time in LOSING to them both. Unfortunately, the last win over a quality opponent that Danny has registered was his 12 round decision win over Lucas Matthysse in 2013.

That was SEVEN long years ago, and Danny is still living off that win. His victories since then have come against guys like Lamont Peterson, Rod Salka, Mauricio Herrera, Samuel Vargas and Pauli Malignaggi. Those are tune-up level fights.

“It’s going to be a technical bout, but if Wilder lands that punch, it’s over, but I think it’s going to be the same type of fight as the first fight,” said Garcia on the Deontay Wilder vs. Tyson Fury 2 rematch.

Redkach only knows one way of fighting, and that’s to slug. If Garcia is rusty in this fight, he could lose. He’s had too many years of sleeping with silk sheets, and he may not be ready for the war that Redkach is going to be bringing to him on Saturday.

You can’t count Redkach out in this fight, because he’s been active with his career and he’s hungry. Redkach has come back strong recently in defeating Devon Alexander, Tyron Harris and Brian Jones after losing to John Molina in 2017.