Danny Garcia: ‘Either Spence or Pacquiao’ next 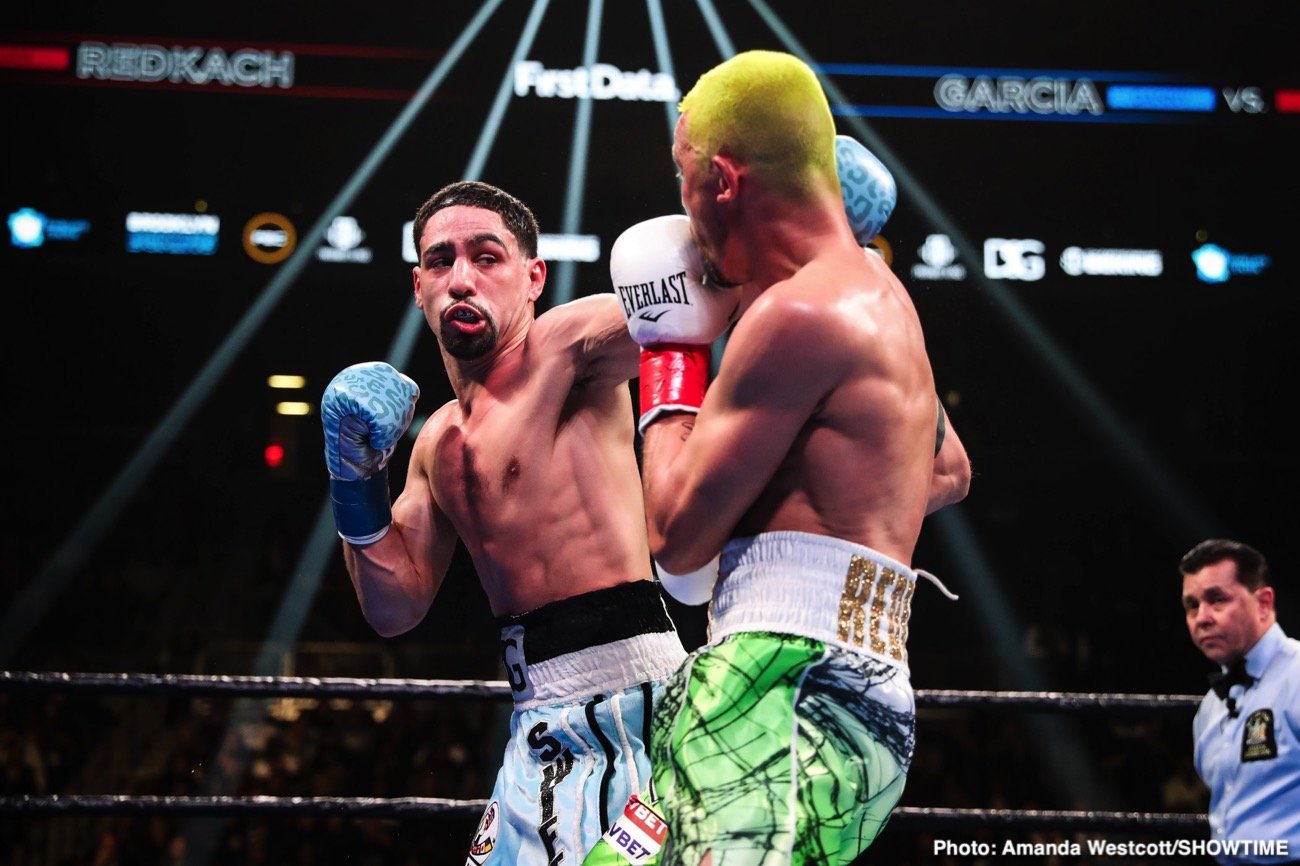 By Kenneth Friedman: Danny Garcia (36-2, 21 KOs) says he wants Errol Spence Jr. or Manny Pacquiao in his next fight after conquering Ivan Redkach last Saturday night in Brooklyn, New York. Garcia, 31, states that if he can’t get a fight with Spence or Pacquiao, then he wants a rematch with Keith ‘One Time’ Thurman or a fight with Mikey Garcia.

Surprisingly, Danny didn’t mention anything about wanting a rematch with Shawn Porter. He lost to Porter by a 12 round unanimous decision in September 2018.

The former 2 division world champion ‘Swift’ Garcia looked good in beating Ivan Redkach (23-5-1, 18 KOs) by a 12 round unanimous decision at the Barclays Center in Brooklyn, New York. The fight was a WBC 147-lb world title eliminator, which makes Garcia the mandatory for WBC champion Spence (26-0, 21 KOs) now. Garcia-Redkach was televised on Showtime Boxing.

“Either or (Spence or Pacquiao),” said Garcia. “Either of those fights I would like to have. My style looks great against both fighters or a rematch with Keith Thurman or a fight against Mikey Garcia,” said Danny.

Spence is coming off of a car crash on October 10, and he’s supposed to be fighting in May or June. However, there’s no word yet about his opponent. It’s possible that Spence might not fight at all in the first half of 2020, which means that Garcia will need to look in another direction for his next fight. Pacquiao is an option for Danny, but not a good one.

If Mikey Garcia defeats Jessie Vargas next month in their fight on February 29 in Frisco, Texas. Pacquiao can get more money and attention fighting Mikey than he can against Danny Garcia. Mikey might not be as good of a fighter at 147 as Danny, but he’s more capable of bringing in the fans than him. That’s what’s important. It’s all about business, and Pacquiao would be going after the more lucrative fight with Mikey rather than focusing on a more meaningful fight with Danny.

Garcia might need to settle for Thurman or Mikey

The recently beaten ‘One Time’ Thurman (29-1, 22 KOs) would be an excellent fight for Garcia if he can get it. A rematch between Danny and Thurman might even bring in better numbers than a Spence-Garcia fight. Thurman is a far better talker than Spence, and he’s got the ability to sell a fight with Garcia.

Three years ago, Thurman beat Garcia by a 12 round split decision in March 2017. Thurman was injured in the fight with him suffering an elbow problem, and he wasn’t able to fight for a year. He lost his last fight to Pacquiao last July, and didn’t look that great. Still, Thurman might have Danny’s number if he can use his speed and movement to get in and get out all night.

Danny used a lot of combinations to beat Redkach last Saturday night. Additionally, Garcia looked great in showing different angles of attack to get to Redkach. It’s pretty clear that Garcia has been studying Pacquiao’s fights, and he wanted to experiment with using angles when in close.

When Garcia used the angles, it worked well for him. However, most of the fight, Danny fought with his typical stay of plodding slowly forward to land shots. This enabled the southpaw Redkach to hit him with punches. Garcia’s left hook worked well for him when he was in range to land the shot. However, a lot of his left hooks missed badly, and it wasn’t because of Redkach’s defense.

Garcia was just rusty tonight, and didn’t have the hand-eye coordination that we’d seen from him during his best years. He’s not old at 31, but the fact that he fights on an irregular basis, it keeps him from being as sharp as he could be. Redkach wasn’t able to land a lot of the shots he wanted to, considering that he was worried about getting hit with one of Danny’s big left hooks.

Danny is capable of beating a lot better opposition than Redkach, and it would be a shame if he continues to take on fighters like that. We’ve already seen Garcia involved in a number of fights with lower level opposition in the last 4 years, and he needs to stop doing that.

The good fighters Garcia has fought:

Those are basically the only good fighters Garcia has fought in his career. His wins over Lamont Peterson, Amir Khan and Lucas Matthysse were against flawed guys who never that great to begin with. What we’ve seen is Garcia loses when he steps it up against good fighters. He can beat the tune-up level opponents like Granados, Salka and Rios, but not the quality fighters.

Garcia has established a pattern when he loses a fight, he then takes 2 or 3 soft fights before facing another big name He’s done that in this case. After getting beaten by Shawn Porter in 2018, Garcia has has 2 soft fights against Redkach and Granados. Now he’s looking to get back into a big fight against Spence or Pacquiao. Garcia didn’t need to earn those fights. 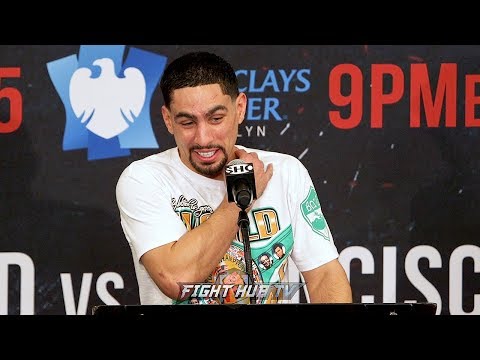 In the chief support on the Garcia-Redkach card, former IBF/WBA light middleweight champion Jarrett Hurd defeated Francisco Santana by a 10 round unanimous decision.

Hurd looked like he was trying to reinvent himself by using movement, and focusing on his defense not to get hit a lot. The new style for Hurd wasn’t a crowd pleaser tonight, as many of them booed his unwillingness to stand trade with the light hitting Santana.

Unfortunately for Hurd, he’s not likely to find success with his next fighting style. When he gets in with the best, he’s going to get out-punched, and beaten unless he goes back to his old style of fighting.

“We’ve moved on from the Julian Williams fight,” said Hurd. “We came out here, we had a long layoff and we got the job done.”