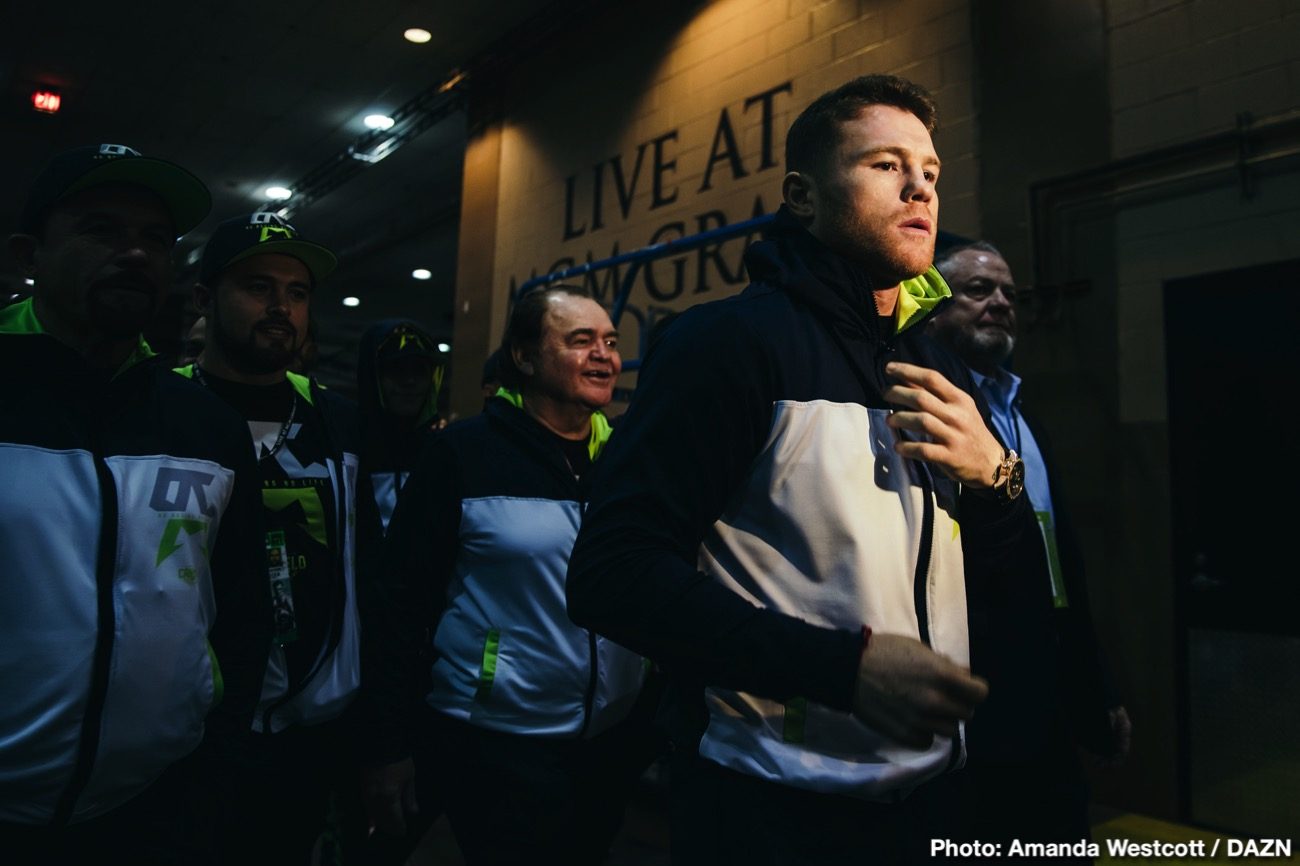 By Barry Holbrook:  Ryota Murata’s co-promoter Bob Arum is stating that he’ll be meeting with the Japanese fighter’s other promoter Akihiko Honda today to start discussions for a fight against Saul Canelo Alvarez for May 2 at the Tokyo Dome in Japan. Honda will be in the U.S today for talks with Arum for the Canelo vs. Murata fight.

The fight will take place on Sunday morning in Japan, and it’ll be shown during prime time in the U.S on Saturday, May 2. Tokyo is 14 to 17 hours ahead of U.S time.

“I think that’s a great idea. We’re going to be discussing that tomorrow,” said Arum when asked about his thoughts on Canelo fighting Ryota Murata. “I think it would be a great experience for Canelo.

There’s no word about what weight the Canelo vs. Murata fight will be contested at. Canelo recently moved up to 175, and dethroned WBO champion Sergey Kovalev. It’s going to be difficult for Canelo to move all the way back down to 160 to face WBA middleweight champion Murata.

The fight between them could take place at super middleweight. Canelo’s WBA ‘secondary’ 168-lb title would be on the line if they fought in that weight class.

“The Tokyo Dome is an iconic venue,” said Arum on the potential venue for Canelo vs. Murata. “That’s where [Mike] Tyson and [Buster] Douglas fought. They would be willing to do it Sunday morning, which would be Saturday night prime time in the United States, and I think Canelo is up for that challenge,” said Arum.

It’s a good deal for Arum, Canelo and Murata for this fight to take place. Murata is a HUGE star in Japan, and his fights are seen by millions of his boxing fans over there. The country literally stops to watch Murata each time he fights. This would be a great opportunity for Canelo Alvarez (53-1-2, 36 KOs) to expand his global fan base, as we an opportunity for DAZN to expand their reach.

Murata (16-2, 13 KOs) recently won back his WBA ‘regular’ middleweight title in stopping American Rob Brant in round 2 last July in Osaka, Japan. In his previous fight with Brant, Murata lost a one-sided 12 round unanimous decision in October 2018 in Las Vegas.

Brant showed in that fight that Murata can be out-boxed and outworked. In their rematch, Murata jumped on Brant, and landed huge shots one after another to destroy him in the 2nd round. Murata adapted well, and fought with a better game plan than he did in the first fight.

Since winning his WBA 160-lb title back, Murata has made one successful voluntary title defense in stopping Canadian Steven Butler (28-2-1, 24 KOs) last December. Butler was stopped in the 7th round by Brandon Cook in 2017.

U.S fans won’t be interested in Canelo vs. Murata

There’s pluses and minuses for Canelo to be taking on Murata in his next fight. While it’s a good opportunity for Canelo to win boxing fans and make easy money fighting Murata in Japan, it’s a fight that won’t attract American viewers.

With Murata being an unknown, this fight won’t move the needle to attract U.S fans to subscribe to DAZN to see Canelo-Murata. However, DAZN would be gaining with the Japanese market, so it’s arguably worth it for them to give the green light to Canelo fighting Murata.

There’s a lot of money for Canelo to make fighting Murata due to the huge amount of boxing fans in Japan that will be watching it. Moreover, it’s a very easy fight for Canelo on paper. Murata is slow of hand, and mechanical with his fighting style. Further, Murata has already been beaten by 2 fringe contenders in Hassan N’Dam and Rob Brant. Those losses weren’t by accident. Murata deserved the defeats, and he was exposed in both of those fights. The lack of hand speed, and the robotic manner that Murata fights, it makes him an easy mark for Canelo.

Murata won a gold medal in the 2012 Olympics, but it was controversial. A lot of boxing fans believe Murata was gifted the medal after winning highly questionable decisions during the competition against Abbos Atoev (Uzbekistan) and Esquiva Falcao (Brazil). Those fights could have easily gone the other way.

This is the wrong time in Canelo’s career for him to start coasting with easy fights, as he’s in his prime. He’s coming off of an 11th round knockout against the badly shot WBO light heavyweight champion Sergey Kovalev last November. That fight was viewed as a CHERRY PICK by Canelo in the view of a lot of boxing fans, seeing that Kovalev, 36, looked over-the-hill.

Right now, Canelo should be fighting his toughest challenges while he’s still capable of winning. The fights that Canelo should be taking is Gennadiy Golovkin, Callum Smith, Jermall Charlo and Demetrius Andrade. None of those will be easy fights for Canelo even now, but they’ll be much harder later on.

What Canelo is doing in taking soft matches against Kovalev and Murata is he’s procrastinating in putting off the difficult matches while he pads his ring record and bank account.

The problem with taking soft fights is it’s going to cause Canelo to lose the sharpness that he once had, and that’ll lead to him losing once he gets in with a good fighter. Canelo can’t milk the remaining fights on his $365 million contract with DAZN by taking only soft guys like Murata and Kovalev.

Whyte far from a title shot »