Andy Ruiz Jr. to meet with Teddy Atlas to talk about training with him 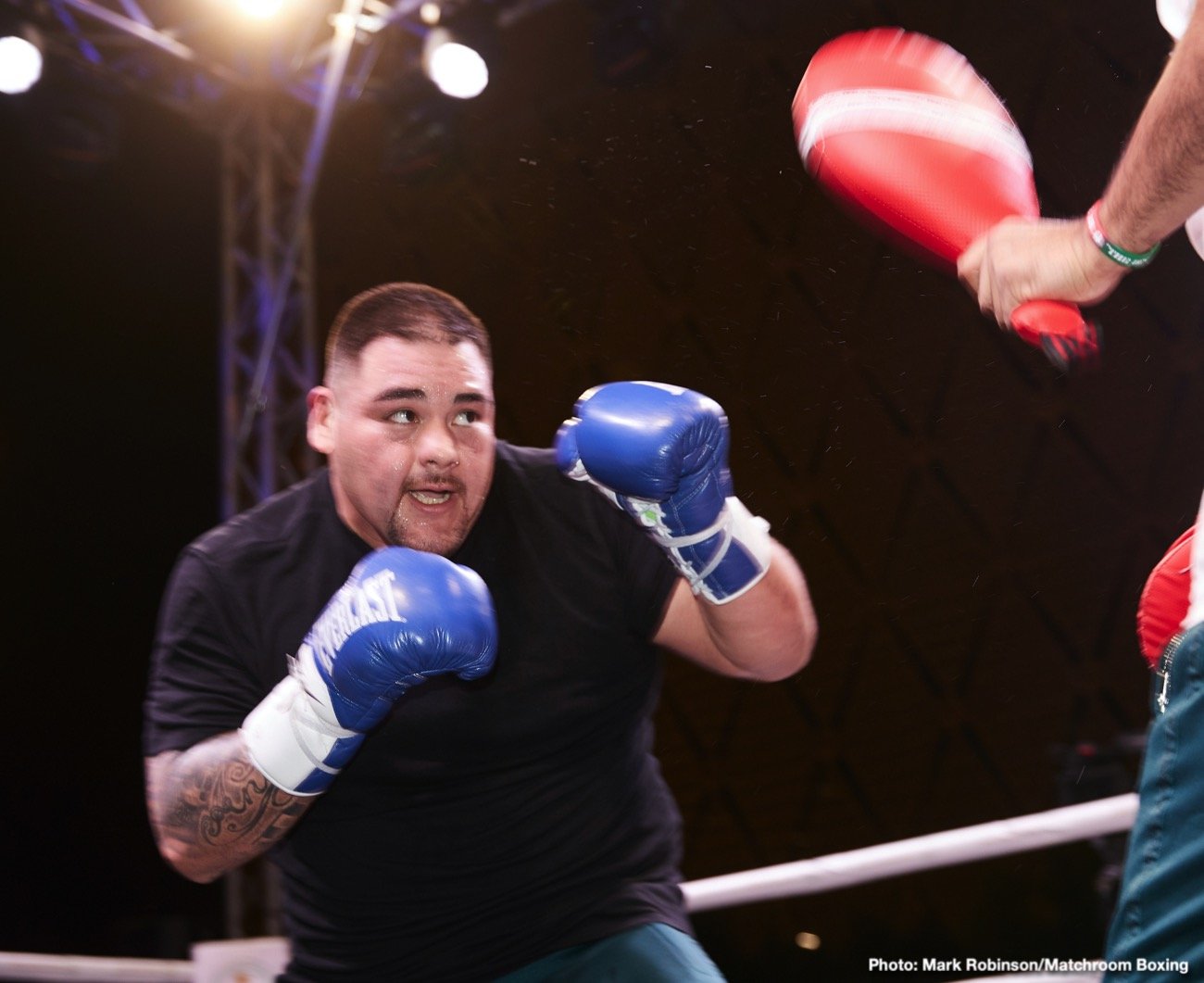 By Aragon Garcia: Andy Ruiz Jr. will be meeting with trainer Teddy Atlas next week to discuss him possibly replacing Manny Robles as his trainer, according to ESPN. Ruiz is going to meet with Atlas, and see if he’s a good fit. Atlas is a no nonsense type of coach, and he’s not going to put up with Ruiz Jr. doing whatever he pleases during training camps.

Ruiz Jr. needs a new coach that can help him regain his form, and help him win back his lost world titles. Atlas, who is a great motivational style trainer, might be the guy. Ruiz needs a coach that can not only motivate him to train hard on a daily basis, but also come up with great game plans. That’s where Robles appeared to fail in Ruiz’s loss to Joshua.

Atlas is one of two potential options for the former IBF/WBA/WBO heavyweight champion Ruiz Jr. (33-2, 22 KOs) to be trained by. The other coach Ruiz Jr. is looking at is Freddie Roach.

It’s hard to imagine Ruiz responding well to Atlas’ East coast style of interaction. He might be a little too blunt for Ruiz, who was raised in California. Atlas’ New York style of talking might lead Ruiz to tune out. Ruiz might need someone a little more level-headed like Roach, who trains out of the Wildcard Gym in Los Angeles. That’s the ideal location for Ruiz to train.

Ruiz Jr., 30, parted ways with Robles on Wednesday in a move that many people in boxing saw coming. The two hadn’t been communicating with one another since Ruiz’s embarrassing defeat to Anthony Joshua in their rematch on December 7.

According to ESPN, it was Al Haymon of PBC that made the decision to axe Robles. It really didn’t matter who made the decision. Looking at how out of shape and unprepared Ruiz Jr. was for the rematch with Joshua (23-1, 21 KOs), something needed to be done.

Robles did a good job of getting Ruiz Jr. in relatively good shape for his first fight with Joshua last June. In that fight, Ruiz shocked the world in stopping the previously unbeaten IBF/WBA/WBO heavyweight champion Joshua in the 7th round at Madison Square Garden in New York. Ruiz dropped Joshua 4 times, and forced him to quit in the 7th round.

The victory for Ruiz made him the first Mexican heavyweight world champion. Overnight, Ruiz became an instant celebrity and millionaire. Nevertheless, the strain of becoming wealthy and an immediate star proved to be too much for Ruiz, as he fell apart and couldn’t control his weight. He didn’t put in the time that he needed for him to beat Joshua, and he ended up getting badly schooled by the British fighter.

In the rematch, Joshua ran around the ring for 12 rounds, rarely engaging, and mostly jabbing. The fight wasn’t thrilling to watch for the boxing fans that saw it, but Joshua did what he had to do for him to win. He didn’t have the confidence to stand and fight Ruiz for fear he’d get knocked out a second time.

“I really thought that in the rematch (with Joshua) we could do it again,” said Robles to ESPN.com on Ruiz Jr. “But obviously you can’t do it if the fighter isn’t there, and if he doesn’t want to. I did what I could, I did it as a coach, as a teacher and friend, but if the fighter wasn’t there, what could I do?” said Robles in seemingly throwing Ruiz under the bus.


« Marcos Maidana returning to the ring in 2020