Tyson Fury to be trained by SugarHill Steward 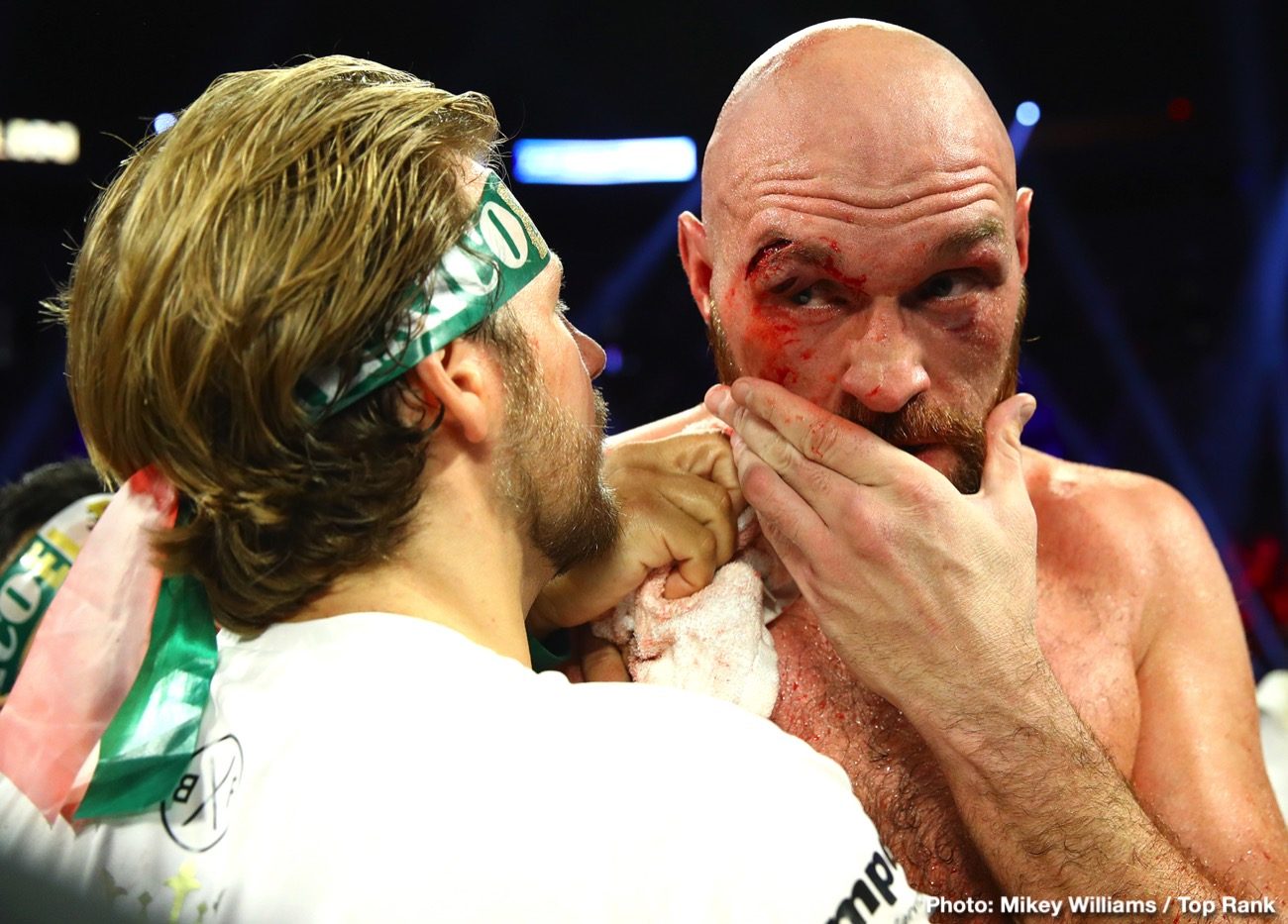 By Charles Brun: Tyson Fury has found a new trainer to replace coach Ben Davison, who he’s reportedly split with. Fury (29-0-1, 20 KOs) will be training with American SugarHill Steward to get him ready for his February 22 rematch against WBC heavyweight champion Deontay Wilder.

Fury met Hill training at the legendary Kronk Gym in Detroit nine years ago in 2010. It’s unclear whether this will benefit Fury or hurt him, as he doesn’t have a lot of time to gain knowledge from Hill.

Fury needs help with his punch resistance and stamina

The area that Fury needs the most help is in the chin department, and there’s no one that can help him. Wilder hits so hard, and he knows how to hurt Fury now. It took Wilder eight rounds last year to discover that Fury is vulnerable to straight punches down the middle. Even when Fury had his guard up, Wilder was able to nail him with head shots. Fury’s own gloves would bounce back at hit him in the face from the force of Wilder’s right hands.

With the rematch with Wilder taking place on February 22, Fury is going to get a crash course of training by Hill. In other words, it’s going to be a cram session for Fury during this camp. It would be surprising if he learns anything at all that will help him against Wilder.

This will be Fury’s first training camp with him, and the things he’s taught might not take in such a short period. Fury’s fighting style is already ingrained by now, and it’s not something that any trainer is going to be able to improve upon.

Fury lacks the fire power to make a lot of changes with his offense, and that’s why he’s not going to be upgraded to any extent no matter who trains him. Hill needs to help Fury work on his defense, and his stamina. Wilder (42-0-1, 41 KOs) put massive pressure on Fury last December, and dropped him in the 9th and 12th round to salvage a draw.

Fury does pretty much what he pleases inside the ring, and a new trainer isn’t going to change what his basic boxing DNA is. It’ll be good for Fury to have a different environment to train in, but that’s probably the only real effect Hill will have on him.

Fury’s boxing fans like to say that he was robbed, but there’s not too many fighters that win when they get dropped TWICE in a fight the way he was. Challengers don’t be champions when they get knocked down twice. That’s pretty much unheard of. So unless Hill can help Fury with his conditioning, he’s going to be in the same situation he was when he had Davison working his corner for his fight with Deontay last year.


« Tim Bradley: Crawford is BEGGING the PBC fighters to face him