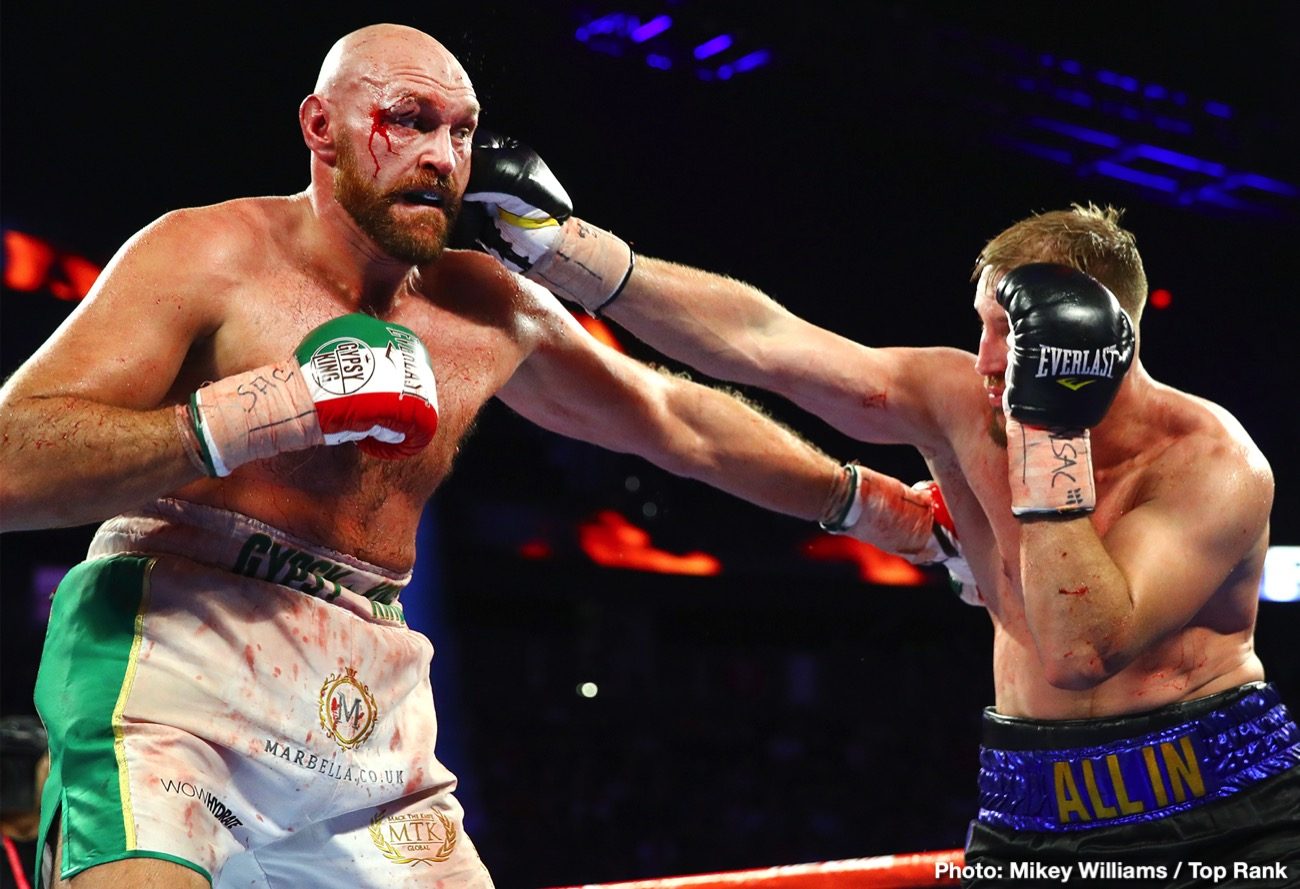 By Kenneth Friedman: Ring Magazine has come out with their new heavyweight rankings and they surprisingly have Tyson Fury rated #1 above world champions Deontay Wilder and Anthony Joshua. Fury (29-0-1, 20 KOs) doesn’t have a world title belt. The former champion Fury has an invisible belt with his lineal heavyweight belt, but he hasn’t beaten ANY of the top 10 fighters on Ring Magazine’s list.

Fury, 31, is likely being given credit by Ring Magazine for his competitive fight with Wilder in December 2018. It was scored a 12 round draw by the judges, but many boxing fans thought Tyson should have had his hand raised.

Fury has ZERO wins over any of the top 10 heavyweights on this list, but he does have a draw against Wilder in 2018.  Wilder has two victories over #5 Luis Ortiz. Dillian Whyte has a win over #8 Joseph Parker.

Just based on victories over the top fighters, Ring Magazine’s top 10 list should have these fighters in the top 3 spots:

Fury hasn’t proven himself as deserving as the No.1 heavyweight in boxing, as he’s only beaten POOR fighters since making his comeback in 2018.

Since coming back from a 2 1/2 year layoff, Fury has beaten these fighters:

Those are tune-up heavyweights, and not elite level guys. The World Boxing Organization had Wallin and Schwarz rated high, but they’d done zero to be given that ranking.

Although he’s the lineal heavyweight champion, but there’s no world title belt with designation. That’s something that he got from beating 40-year-old Wladimir Klitschko at the tail end of his career back in 2015. A shot as Wladimir looked in that fight, you can’t say that Fury should be lineal champion.

Wladimir looked bad, and Fury didn’t look good either in spoiling his way to a very, very close victory. He was mostly scratching at the air with his slapping shots, and hanging over the ropes to keep from tanking head shots from Wladimir.

Andy Ruiz: ‘I can’t wait to prove the HATERS wrong’ »