Kellerman: Crawford WON’T fight Spence the way he did Kavaliauskas

By Chris Williams: WBO welterweight champion Terence ‘Bud’ Crawford (36-0, 27 KOs) came out fighting aggressively last Saturday in defending his title against Egidijus Kavaliauskas (21-0-1, 17 KOs), and he didn’t look good. Crawford was shockingly dropped, and hurt several times by the heavy handed Kavaliauskas. The Top Rank promoted Crawford was dropped, hurt and needed to shift to an extra gear to defeat the 31-year-old Kavaliauskas.

Crawford came back to stop Kavaliauskas in the 9th round to hold onto his WBO title at Madison Square Garden in New York. However, the fight exposed the limitations that Crawford has when trying to adopt a different fighting style than his normal hit, counter and move approach.

Crawford not cut out to be a slugger/entertainer like Spence

Max Kellerman of ESPN believes Crawford, 32 won’t try and punch with IBF/WBC welterweight champion Errol Spence Jr. in the same way he did Kavaliauskas, since it would be too risky. Spence is bigger, stronger and he won’t run out of gas after 4 rounds the way that Kavaliauskas did.

While a lot is said about Crawford being capable changing stances, he’s not adaptable as people think. What we saw in Crawford’s fight against Kavaliauskas is Terence isn’t rugged enough fight like Spence or even Shawn Porter.

Crawford doesn’t have anything to worry about right now, as far as putting his undefeated record on the line against Spence. The New York native Spence is still recovering from his car crash from last October, and there’s still no work when he’ll be returning to the ring.

Terence won’t fight Spence the way he did Kavaliauskas

“I don’t think he fights Spence that way,” said Kellerman to Fighthype in saying he doubts Crawford will fight Spence the same way he did Kavaliauskas. “Look, Spence has shown a lot in England against Kell Brook. Although Kell Brook was coming off of a punishing fight against GGG, but he also gave GGG a pretty good fight, and he had to move up in weight to do it.

“Kell Brook is a big guy for the division, and it’s overseas in Kell Brook’s backyard,” said Kellerman on Errol’s win. “Spence had to overcome some rocky moments, but he boxed in a disciplined way, showed grit, and looked to punish this guy the whole time. Against Mikey Garcia, this guy didn’t even land a punch.

“He showed a real good southpaw jab and defense,” said Kellerman in talking about Spence’s win over Garcia.  “Against Shawn Porter, he [Spence] showed also on a night where you were expecting him to do a little bit more, but he came through with the shot that he needed to come through with. Spence is a tremendous fighter,” said Kellerman.

Spence would be pure poison for Crawford if the Top Rank fighter decided to try and fight him the same way he did Kavaliauskas. Crawford doesn’t have the chin to stand in the pocket, and take the withering fire from Spence for 12 rounds. Shawn Porter was able to handle Spence’s power, but that’s his normal way of fighting.

Spence vs. Crawford is CLOSE to being a 50-50 fight – Kellerman

“Crawford, to me, has the feeling of a guy that we’ll be talking about for generations now,” Kellerman said. “He has the feeling of an all time great in his prime, and if I have to pick, I’m not picking against Terence Crawford at 147, but Spence is the closest thing to a 50-50 fight.

“If you’re asking me, ‘if Spence lands his best shot on Crawford’s chin what’s going to happen?’, Crawford will go down. Whether he wakes up and gets up, time will tell. The same goes for Crawford hitting Spence, but I don’t see Crawford getting hit with anything stupid against Errol Spence,” said Kellerman.

With Crawford fighting for ESPN, it’s difficult to take what Kellerman says about him seriously. Kellerman is with ESPN as well, and him saying that he almost sees Spence vs. Crawford as a 50-50 fight reeks of bias. Kellerman would sound more believable if he and Crawford weren’t both with ESPN.

Porter isn’t a runner like Crawford, and he doesn’t waste time with all the switch-hitting garbage to try and impress the ULTRA hardcore boxing fans that are enamored with that. Porter was made to fight in the pocket. Crawford doesn’t have the chin to fight Spence like Porter did, so there’s no way he would ever try that.

Spence’s status for 2020 is uncertain

“I don’t know. First he’s got to recover [from car crash], and then he’s got legal issues [from DWI stemming from the accident],” said Kellerman when asked if Spence will fight in 2020.

It’s way too early to know what the future will bring for Spence in 2020 or 2021. Crawford’s promoter Bob Arum said last week that a source told him that Spence won’t be returning to the ring in the foreseeable future. Arum doubts Spence will able to fight Crawford in the next 2 years.

If Spence does come back in 2020, he’s likely to make one or two voluntary defenses if his IBF and WBC welterweight titles. The two sanctioning bodies could make things difficult for Spence if they order to defend against WBC #1 Shawn Porter or IBF #1 Kudratillo Abduqaxorov. Those are both fights that Spence wins when he’s 100% healthy, but it remains to be seen what his health will be like when he resumes his career. 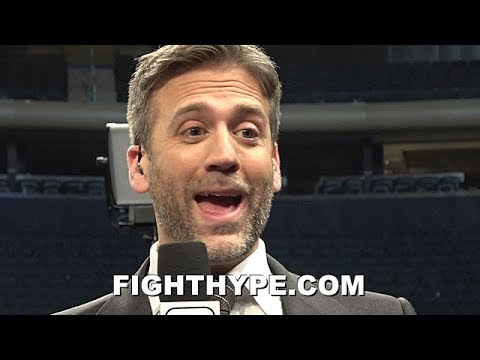 “I showed I can fight without boxing, and I can take a punch,” said Crawford at the post-fight news conference in talking about his win over Kavaliauskas. “And I walked through a lot of his shots today, and I made it a fight as well when he was trying to box.

“I need the meaningful fights, the fights that everybody wants to see,” said Crawford in talking about what’s next for him in 2020. “That’ll help my legacy. I got a bright future in the sport of boxing, and I’ve already accomplished a lot already in the sport. So the sky’s the limit for me. I didn’t learn too much about myself that I didn’t already know.

“About my opponent, he was tough. As I said all week, I knew he was going to be tough, and he was going to be durable. He’d never been stopped before or dropped as an amateur or as a pro. I was the first person to do that, and we knew that coming into the fight,” said Crawford in assessing his potential,” said Kellerman.

It’s up to Arum for him to get those “meaningful fights” that Crawford talks about. Crawford re-upped with Top Rank, so he shouldn’t have any complaints if he fails to get the matches against the big names.

If Crawford wants to become a star in the sport, he’s going to need to change his fighting style, and stop being so defensive-minded. Teofimo Lopez stole the show on Crawford’s career last Saturday with his 2nd round knockout victory over IBF lightweight champion Richard Commey.

Lopez showed that all the pound-for-pound hype that Crawford gets is meaningless. What casual boxing fans want to see is exciting knockouts, and Teofimo gave them what they wanted.

Arum has the money to make Porter an offer he can’t refuse to fight Crawford, but the question is will he. Right now, Arum has a good thing going with Crawford in matching him against beatable fighters like Amir Khan, Jose Benavidez Jr. and Kavaliauskas, and then talking about how he’s the #1 fighter at 147.

The problem is that if Arum did make the fight with Porter and/or Spence, Crawford would need to prove that he’s the best. That’s a much different thing that simply anointing him as the #1 welterweight King without him actually fighting anyone good.

We saw that Crawford never fought any of the talented 140-pounders when was unified the division. Just when the gifted light welterweights like Josh Taylor, Jose Ramirez, and Regis Prograis emerged, Crawford moved up in weight. Did he do it to avoid those fighters or was this just a coincidence?