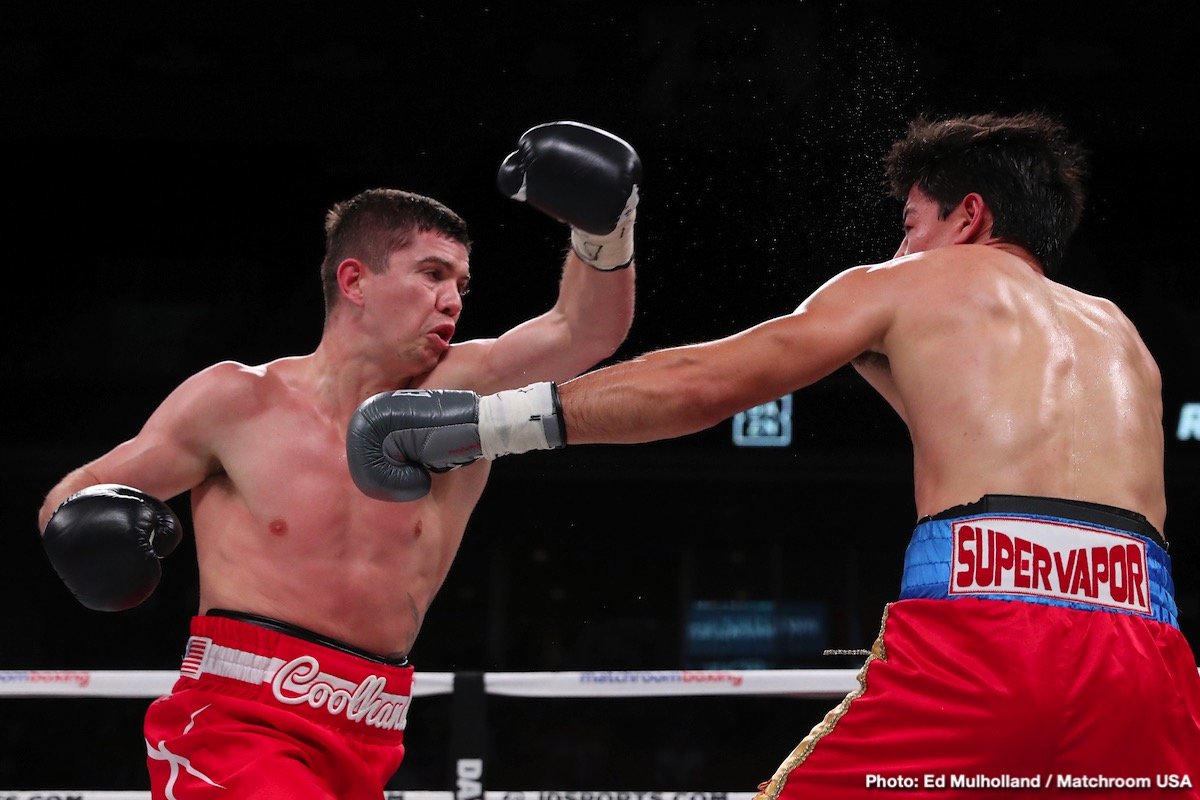 By Scott Gilfoid: Luke Campbell will be facing Javier Fortuna for the vacant WBC lightweight title after the current WBC champ Devin Haney has been made ‘Champion in recess’ by the World Boxing Council due to him having shoulder surgery. Haney is NO LONGER the WBC lightweight champion. That belt is now vacant.

Technically, Haney hasn’t been stripped of his WBC title, but he basically is no longer the champion. With ‘Champion in recess’ tag, Haney can take on the winner of the Campbell vs. Fortuna fight for his old title once his shoulder is healed. In the meantime, the winner of the Campbell-Fortuna fight will be the NEW WBC lightweight champion. The WBC also has the Franchise champion Vasiliy Lomachenko.

Haney (24-0, 15 KOs) injured his shoulder in his last fight in successfully defending his WBA 135-lb title on November 9 in beating Alfredo Santiago (12-1, 4 KOs) by a 12 round unanimous decision in Los Angeles, California. With the injury and the subsequent shoulder surgery, Haney, 21, won’t be able to defend against his #1 WBC mandatory challenger Fortuna (35-2-1, 24 KOs).

WBC keeping their title in service

Rather than having Fortuna wait a long period before getting a title shot, the WBC decided to change Haney’s status to ‘Champion in recess”, and let the next highest ranked contender #2 WBC Campbell (20-3, 16 KOs) face him for the vacant WBC title. Once Haney’s shoulder is 100% healthy, he can fight the winner of the Fortuna vs. Campbell fight for his old WBC 135-lb title if he chooses to.

Will 3 times be the charm for Campbell?

After two failed attempts in the past to capture a world title, 2012 Olympic gold medalist Campbell is in an excellent position to finally win a world title against Fortuna. Campbell lost 12 round split decision when he challenged former WBA lightweight champion Jorge Linares in September 2017.

Although the fight was close, Campbell still came up empty handed. Last August, Campbell was beaten by WBA/WBO lightweight champion Vasiliy Lomachenko in a fight for the vacant WBC belt. Campbell gave Lomachenko a tough fight, but ultimately ended up losing a 12 round unanimous decision.

Former WBA super featherweight champion Fortuna, 30, is no easy mark for Campbell. Fortuna has lost only twice in his career to Jason Sosa and Robert Easter Jr., and those were both gruelling matches.

Fortuna is plenty tough, and he’s someone that Campbell is going to need to be ready to go to war with in order to beat him. Fortuna has recent wins over Jesus Marcelo Andres Cuellar and Sharif Bogere. In the past, Fortuna beat the following well known fighters:
Omar Douglas

This is disappointing news for the talented Haney, since he just recently was upgraded to WBC champion after Lomachenko was given the Franchise tag. Haney wanted to defend the belt, and chase after Lomachenko. Now Haney is back to square one, no longer a world champion, and needing to fight for the belt once his shoulder heals. It might be better for Haney to move up to 140, and challenge for the belts in that weight class.