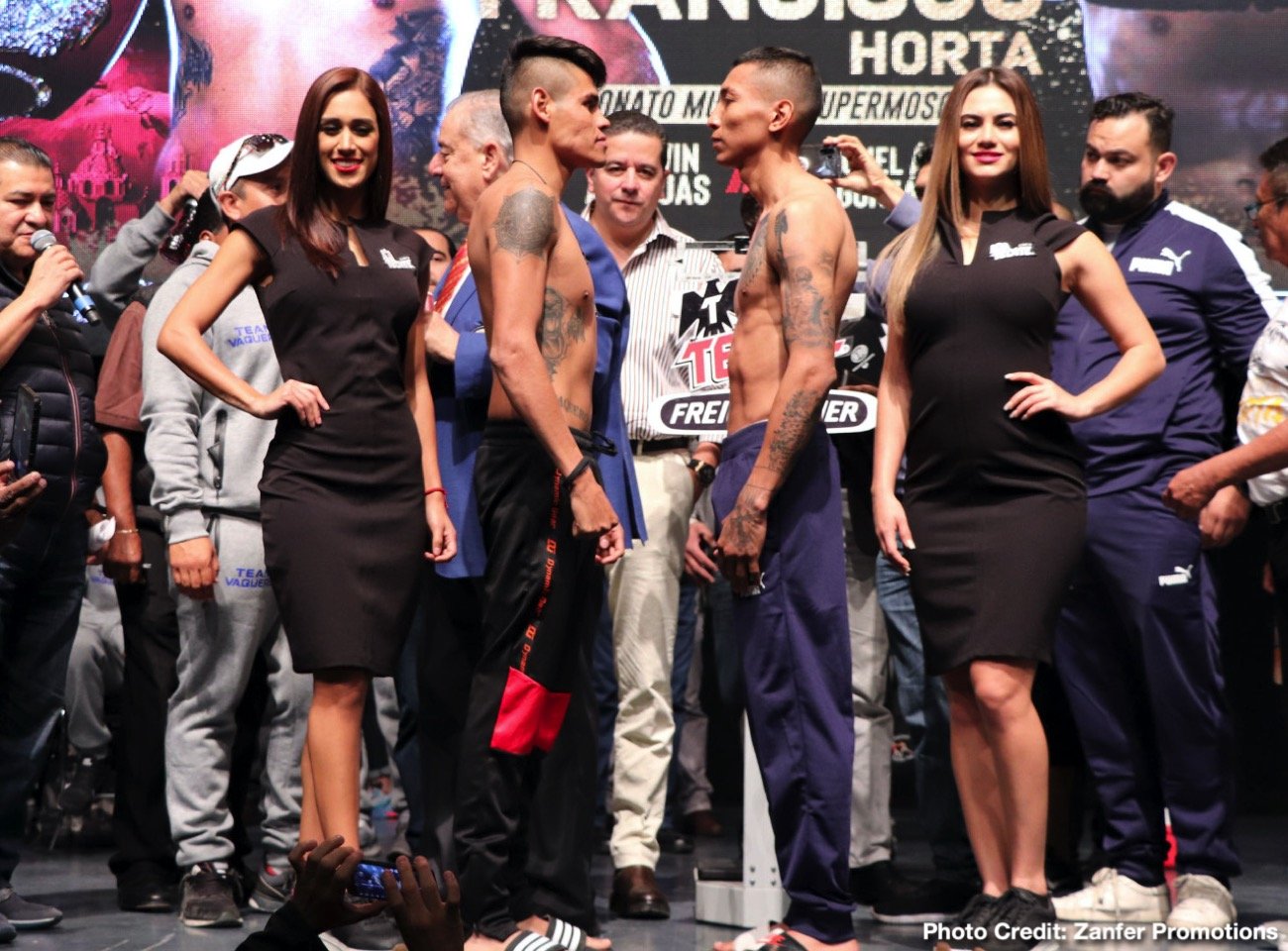 By Chris Williams: WBO super bantamweight champion Emanuel Navarrete looked in great shape in weighing in at 122 lbs for his title defense on Saturday night against Francisco Horta (20-3-1, 10 KOs) at the Auditorio GNP Seguros in (Puebla, Mexico). #13 WBO Horta, 26, weighed in at 122 lbs as well.

This will be Navarrete’s 4th defense of his WBO 122-lb title that he won last year in defeating Isaac Dogboe by a 12 round unanimous decision.  That was an upset victory for the 24-year-old Navarrete, as the odds-makers predicted that he would lose to Dogboe.

It was clear as day that Navarrete was too big and too powerful for Dogboe to handle. In their rematch last May, Navarrete proved that his victory wasn’t a fluke in stopping Dogboe in the 12th round.

Navarrete looking for another knockout

Since winning the WBO belt, Navarrete has looking devastating in stopping Dogboe, Francisco De Vaca and Juan Miguel Elorde. Both of the knockouts over De Vaca and Elorde came early on in the contest. Navarrete doesn’t believe in working overtime when he fights. He’s always looking to get his opponents out of the way so he can continue to increase his popularity.

Horta has a 10-fight winning streak going, but he’s not faced anyone with the kind of power and talent that Navarrete has going for him. One positive for Horta is he’s never been knocked out in his eight-year career, but that doesn’t mean he’ll be able to go the distance against Navarrete. He’s facing him at the wrong time.

In the co-feature weights, IBF super flyweight champion Jerwin Ancajas (31-1-2, 21 KOs) weighed in right at the limit at 115 lbs for his title defense against #14 WBO Miguel Gonzalez (31-2, 8 KOs). Like in the main event, this is a voluntary defense for the 27-year-old Ancajas. Gonzalez weighed in at 114.8 lbs.

This is Ancajas’ eight defense of his International Boxing Federation 115-lb title that he captured three years ago in defeating IBF champion McJoe Arroyo by a 12 round unanimous decision in September 2016.

It hasn’t been easy for Ancajas to hold onto his title, as he fought to a 12 round draw against Alejandro Santiago Barrios last year in September 2018. Before that, Ancajas struggled to defeat Jonas Sultan by a 12 round unanimous decision. 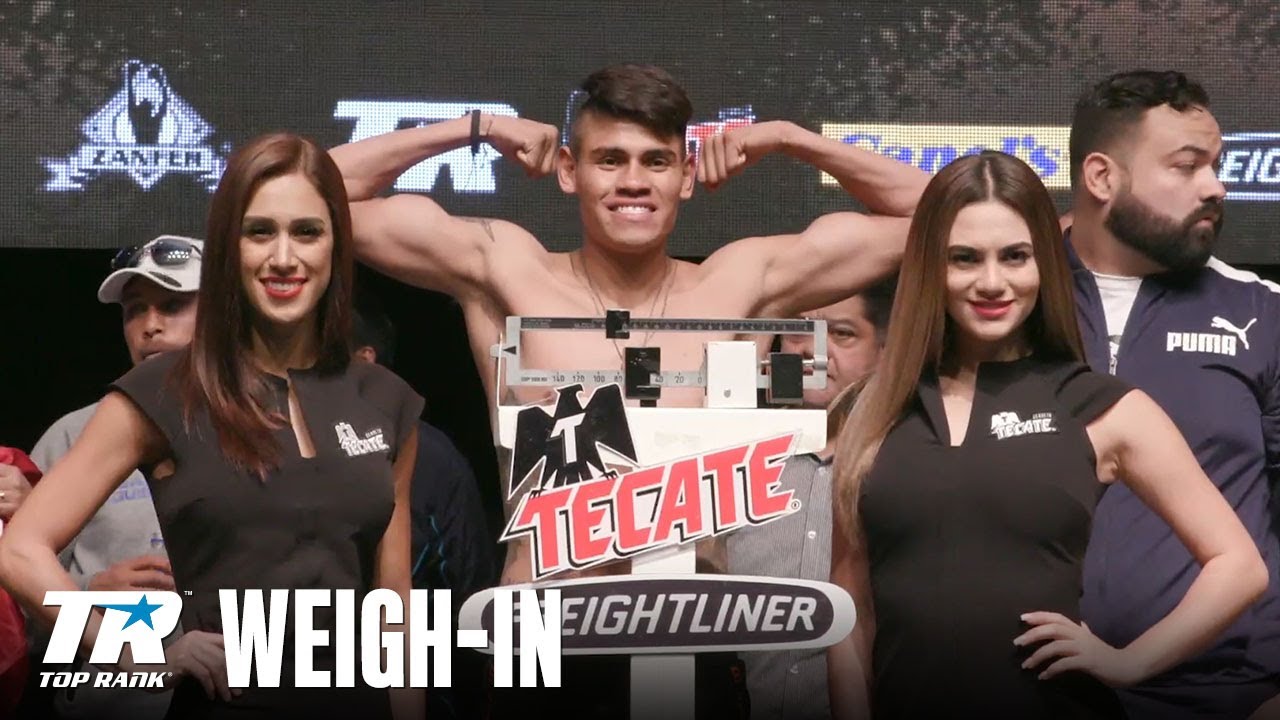 Ruiz vs. Joshua 2 Predictions – Who Do You Have Winning? »