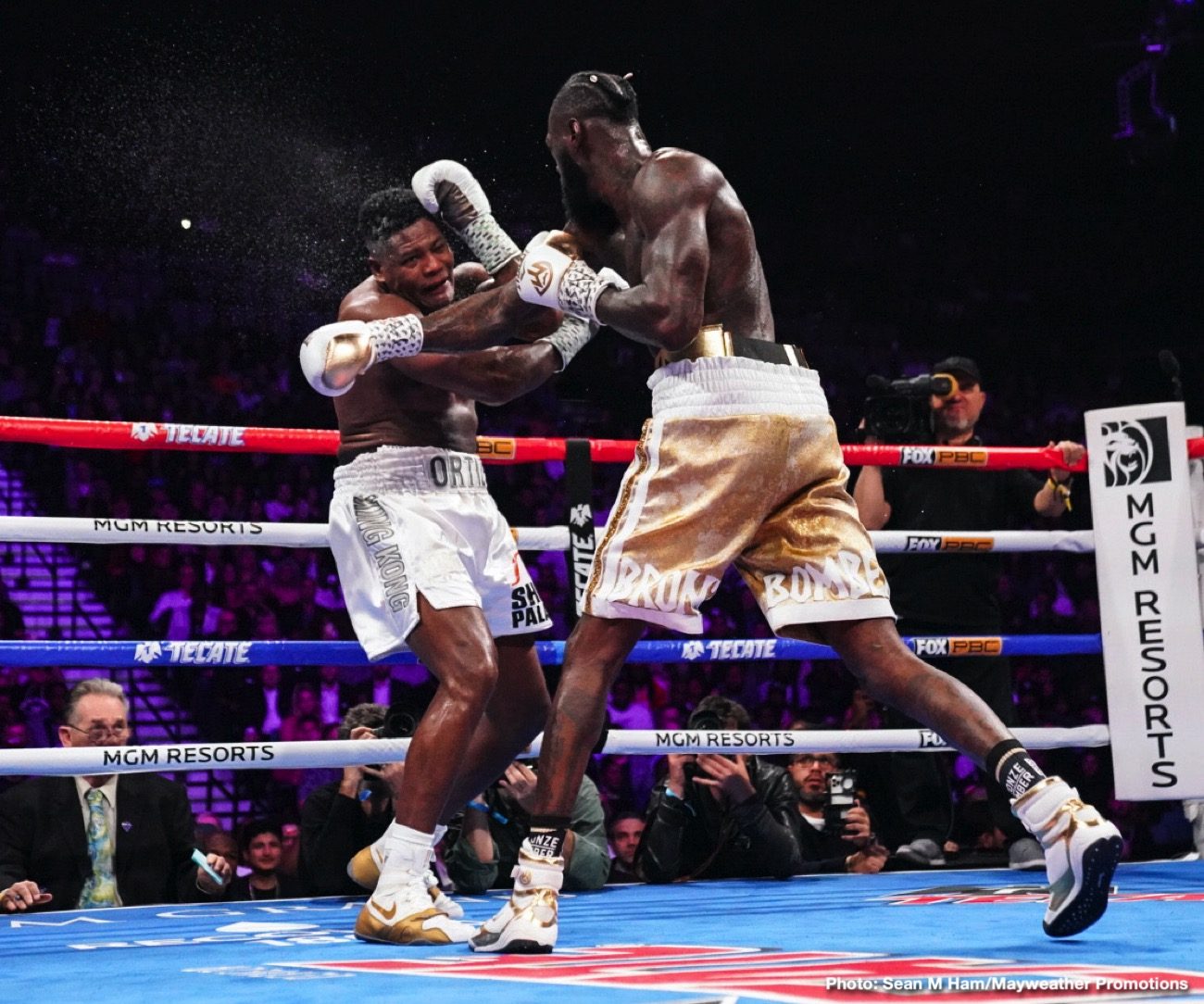 Unfortunately, there wasn’t much animosity between Wilder and Ortiz in the lead up to their rematch, and the fight failed to bring in monster numbers. The fact that it brought in 275K buys shows Deontay’s growing popularity with boxing fans in the U.S. They like to see highlight reel knockouts, and Wilder supplies that virtually every time he fights.

The Wilder-Ortiz 2 PPV numbers are well below the 350,000 PPV buys that Wilder’s fight against Tyson Fury pulled in last December. Fury helped Wilder a great deal in promoting the fight by giving countless interviews with the media, and showing a crazy side to his personality that attracted a lot of fans. The two will be fighting a rematch on February 22 on ESPN and Fox Pay-Per-View.

‘With ESPN and FOX backing the promotion, and with Comcast really, and the cable systems really enthusiastic, I’m looking at doing in excess of two million pay-per-view buys,” Arum said to the Everlast TALKBOX podcast.

Only 9 weeks to go before Wilder vs. Fury 2

If the pay-per-view numbers for the Wilder-Fury 2 rematch are going to hit 2 million and above, the two heavyweights are going to need to start selling the fight NOW. Fury’s promoter Bob Arum of Top Rank Boxing believes it can surpass 2 million buys, but they haven’t even started promoting it. With 9 weeks to go, it’s going to be difficult for the Wilder vs. Fury 2 rematch to bring in those kinds of PPV numbers.

Fury has helped his popularity in the U.S by taking part in a WWE show on October 31, but now he needs to make fans believe he’s got a chance of beating Wilder.

Top Rank has tried to increase Fury’s marketability in the U.S by matching him against Tom Schwarz and Otto Wallin, but neither fight created much interest from Americans. Sadly, Fury had the wrong dance partners to increase his name recognition. He needed someone solid like Dillian Whyte, Joseph Parker or Andy Ruiz Jr.

Wilder was too friendly with Ortiz

Where the Wilder-Ortiz 2 promotion went wrong is with the way that Wilder made it a point to let the boxing fans know that he liked Ortiz, and he wanted to help him by giving him a rematch. That was admirable of Wilder to do that, but obviously it didn’t help drive interest for the fight.

Wilder didn’t have to give Ortiz a rematch, considering that he’d knocked him out 10th round last year in their first fight in March 2018.  Ortiz came close to knocking Wilder out in the 7th round, but failed to get him out of there.

Wilder came back strong hurt Ortiz in the 9th and finished him off in the 10th.  In the eyes of a lot of people, it was pointless for Wilder to fight Ortiz a second time.

Ortiz, 39, gave Wilder all he could handle in the first six rounds before ‘The Bronze Bomber” caught the talented Cuban with a huge right hand to the head that knocked him out in round 7.  At the time of the stoppage, Ortiz was surprisingly ahead on all three judges’ scorecard by the scores 58-56, 59-55, 59-55.

« Tony Harrison: ‘I was BEATING Jermell Charlo at his own game’

Caleb Plant vs. Vincent Feigenbutz on Feb.15 in Nashville, TN »