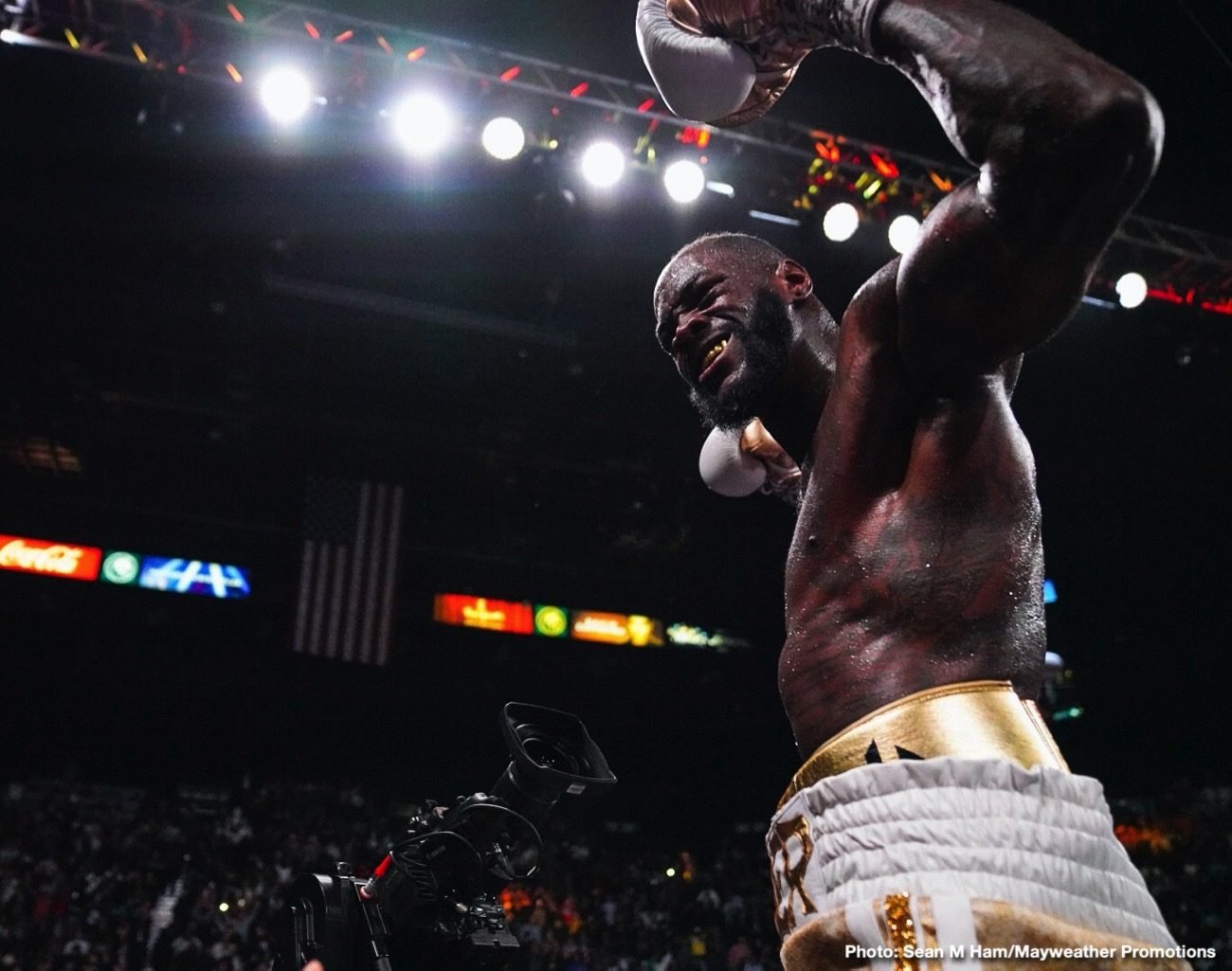 By Tim Royner: WBC heavyweight champion Deontay Wilder didn’t like the way that Anthony Joshua ran from Andy Ruiz Jr. and used the Wladimir Klitschko style of jabbing and holding to win the fight. Wilder (42-0-1, 41 KOs) says he doesn’t think a unification fight between him and IBF/WBA/WBO heavyweight champion Joshua will ever take place.

Hearn could be problem in making unification

Wilder says Joshua’s promoter Eddie Hearn is too focused on mentioning ticket sales, and popular AJ is. Some belives that Hearn brings up stats to justify AJ deserving the bigger slice of the pie in a unification fight. After Joshua’s win over Ruiz, Hearn immediately brought up Wilder’s attendance figures for his last fight against Luis Ortiz. Hearn seemed to be bringing up Wilder’s attendance numbers in a way to get the media to stop talking about him.

The fact that Hearn is already mentioning Wilder’s attendance in comparison to Joshua’s, it looks as if the British promoter isn’t serious about wanting to put the fight together between them. 15,000 fans showed up to watch Joshua fight Ruiz in Saudi Arabia last Saturday.

The way that Hearn is so dialed into Joshua being the more popular fighter than Deontay, it gives fans a hint that the fight won’t get made. Wilder has been the one that has been trying to get the unification fight with Joshua for the last couple of years, but Hearn hasn’t shown the same eagerness to make the fight. Hearn felt that Wilder didn’t rate a percentage split, and he was offering him a flat fee.

Deontay says the boxing fan don’t care about all that. They just want to see a fight. However, with Hearn focusing on the bottom line about Joshua deserving a better split, it makes a fight between him and Wilder impossible to make.

“I don’t think we’ll ever see a unification bout. We’ll never see it, and I don’t want people to get their hopes up on it because it’ll never happen,” said Wilder to theathletic.com. “I’m too dangerous.”

Hearn said that Joshua won’t be fighting a unification match in 2020, because he has to defend his IBF and WBO titles against the two mandatory challengers – Oleksander Usyk and Kubrat Pulev – that are waiting. If there is going to be a unification fight between Joshua (23-1, 21 KOs) and Wilder, it’ll need to take place in 2021.

Wilder has a rematch with lineal heavyweight champion Tyson Fury in two months on February 22, and he needs to win that fight before he can think of facing Joshua.

As for Joshua, a lot of boxing fans believe he’s going to vacate his WBO title in order to avoid fighting Usyk, who would be a hard fight for him. It’s a lot easier for Joshua to defend against his IBF mandatory Pulev, as he’s old at 38 and slow.


« Antonio Tarver on Andy Ruiz Jr: ‘How do you gain 15 lbs after your biggest win?’