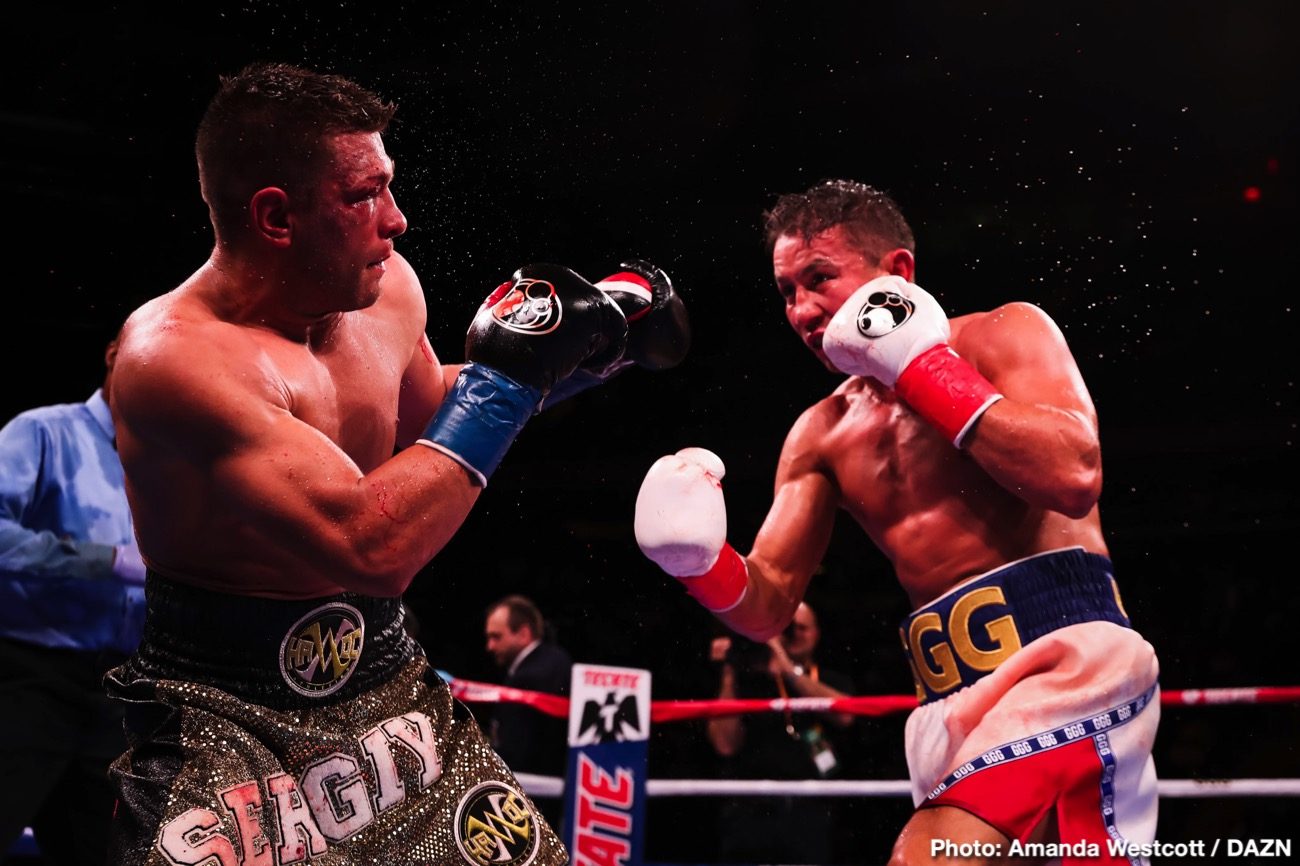 By Gerardo Granados: In 2019 we the fight fans got to see good fights between honest fighters who keep the flame alive as for giving us genuine fights and not just glorified sparring sessions shown at the main events. Nonetheless the usual Divas and Ducks did what they do best and the reader must decide who gets the award.

As the year comes to an end, perhaps also the old school of boxing could as well end this year. I hope that the reader enjoyed the resurgence of the heavyweight division as much as I did this year; it had been eons since the big boys kept us interested all year long.

The circus fights have grown into main events supported by major boxing media acting as part of the promotion team as if it was a legit fight between two professional boxers.

Let’s not forget about that time this year when an average MMA event put on hold the so-called major boxing star that had to wait until the MMA fight ended before he could take the spotlight.

This year we saw a couple of disappointing quitters but the worst part was to witness the creation of yet another paper belt, the Franchise WBC Champion.

Only three can make it into the boxing hall of fame, this year the class of 2020: Bernard Hopkins, Juan Manuel Marquez and unexplainably Shane Mosley were elected. Well, if Pete Rose is banned for life from the baseball hall of fame for betting, then Mosley should also be banned.

Ladies and gentleman the 2019 Boxingnews24 Awards are:

The mismatch of the year goes to Caleb Plant vs Mike Lee.

The heinous, despicable robbery of the year goes to Jaime Munguia vs. Dennis Hogan. Yes, for sure sometimes we get to see a local decision or a questionable scoring, but this one was a robbery, plain and simple. I had this clear 116-112 for Hogan and I bet the reader wasn’t able to score it a draw even less favoring Munguia. The Gennady Golovkin vs. Sergiy Derevyanchenko fight came close in second place.

The circus casual fan event of the year goes to KSI vs Logan Paul. I don’t think that this is the kind of new fans pro boxing needs and in the long run, it will show why.

The comeback of the year goes to Nonito Donaire. What a pleasure it was to see him engage against the Monster Naoya Inoue, getting to the distance in a fight he might have secured a spot at the boxing hall of fame.

The trainer of the year goes to Stephen Edwards.

Prospect of the year:

Welterweight young lion on the rise Vergil Ortiz Jr., you better keep an eye on him next 2020 because he is a special talent.

The upset of the year goes to Anthony Joshua vs Andy Ruiz Jr. Not only no one expected Ruiz Jr to get a shot at Joshua any time soon, as Andy came as a late replacement, but to see him rise from the canvas to stop Joshua in seven rounds will be remembered in years to come.

The female fighter of the year goes to Claressa Shields. If the money is right for the greatest female boxer of all time Cecilia Braekhus, it would be fantastic to see her fight against Shields next year.

The round of the year goes to the third round of Anthony Joshua vs Andy Ruiz’s first fight.

The knockout of the year goes to Deontay Wilder annihilation of Dominic Breazeale in just one round. If you haven’t seen it, then search for it and enjoy it.

The fight of the year:

Gennady Golovkin vs Sergiy Derevyanchenko. I bet that the reader has a different fight in his mind but only one could get the award.

The fighter of the year goes to the Monster Naoya Inoue. I can’t wait to see him back into the ring next 2020.

I want to thank all the anonymous fighters who at all corners of the world keep giving fight fans their hard-earned money worth. You are the reason why pro boxing still is alive. To them, to the award winners and to the reader I wish you a Merry Christmas and a prosperous happy New Year.