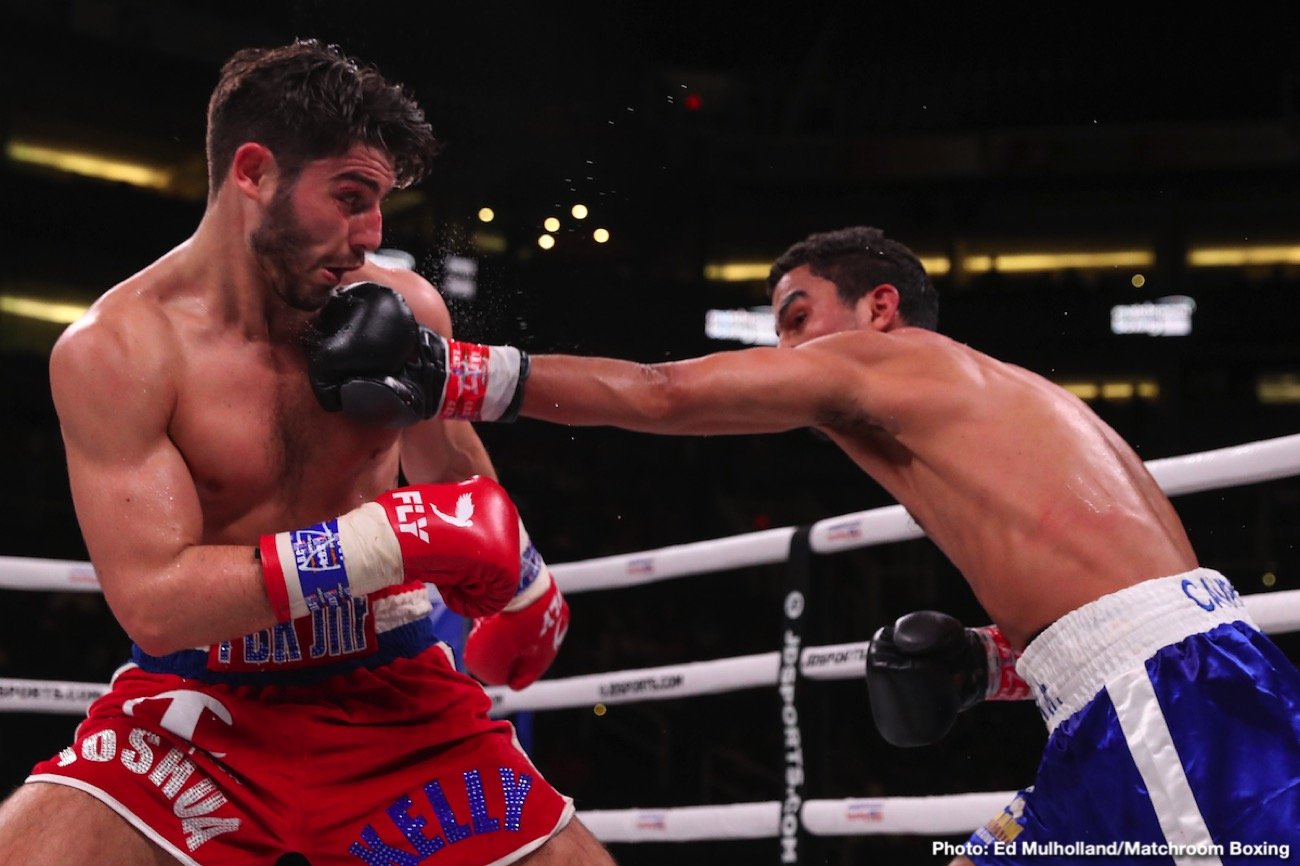 By Charles Brun: Eddie Hearn has confirmed that welterweight contender Josh Kelly (10-0-1, 6 KOs) will be facing EBU 147-lb champion David Avanesyan (26-3-1, 14 KOs) in the first quarter of 2020. The contract is signed for the Avanesyan-Kelly fight.

Now it’s up to Kelly to prove that he’s good enough to exist at the European level. If Kelly loses to Avanesyan, it’s unclear where he can go from there.

Kelly got hit a lot by Campos

Hearn says 2016 Olympian Kelly is going to be in a “sink or swim” fight when he gets in with Avanesyan. Eddie didn’t sound like he was overly impressed with the 25-year-old Kelly’s performance last Friday night with his harder than expected 10 round unanimous over Wiston Campos (31-7-6, 19 KOs) on the undercard of Daniel Jacobs vs. Julio Cesar Chavez Jr. at the Talking Stick Resort Arena, in Phoenix.

Kelly was getting hit a lot by Campos ith clean shots, and he made it easy by keeping his hands down by his waist. He did show some improvement in his defense by holding his gloves up at times, but he reverted back to fighting with his hands down after the first few rounds.

Kelly’s face was badly marked up by the 27-year-old southpaw Campos, and he looked to in in trouble on a couple of occasions in the fight. The lack of punching power of Kelly was patently obvious throughout the fight, and that forced him to go the full 10 rounds.

Kelly did a lot of fouling against Campos without being penalized. He got away with a lot of rabbit punching, hitting on the break and using headlocks. On one occasion, Kelly put Campos in a head-lock and then hit him four or five times in the head. Why the referee didn’t dock Kelly a point for this foul is unclear.

If this was the Olympics, Kelly would have lost a point. Kelly has picked up a lot of bad habits since turning professional, and makes you wonder who he’s been sparring with. He’s obviously been learning all this junk from someone, and it’s got to be one of his sparring partners.

“Josh Kelly, he got the rounds in. He wasn’t the sharpest tonight, but it was good to get the rounds in,” said Hearn to IFL TV. “David Avanesyan is next. It’s sink or swim. Everybody has signed the contract for that. Let’s see it, and let’s see what he’s made of, and I think you’ll get the best out of him,” said Hearn.

It’s quite easy to understand why Matchroom promoter Eddie Hearn wasn’t over the moon with happiness with the way Kelly performed against Campos. That fight along with Kelly’s recent ones against Ray Robinson and Przemyslaw Runowski paint a picture of a fighter who lacks the power and defensive skills to take his career to the next level.

If Kelly is satisfied toiling away at the domestic level his entire career, then that’s fine. Hearn can stick him in with Conor Benn, and he can do well with the domestic scraps. But without punching power and defensive skills, Kelly isn’t going anywhere, and I think Hearn already realizes that.

With Hearn’s discouraged look while talking about Kelly, it seems painfully obvious that he doesn’t anticipate him doing much. You have to wonder whether Hearn now regrets having signed. Hearn likes to focus on signing guys that have future world title talent, and Kelly doesn’t appear to have that kind of talent, unfortunately.

Kelly admits he has a lot of things to work on

“I did what I had to do to get the rounds under my belt to get the win,” said Kelly to IFL TV. “Personally, I think I can perform a lot better. I’m always overly critical about myself. I know what I felt like in there. It’s a positive for me. I’ve got a lot of things to work on in the gym, and I’m going to go to work on them.

“I was coming off of a fight against an awkward southpaw [Ray Robinson],” said Kelly. “It was more about survival. I never could get a proper rhythm, but I did what I had to do. I’m going to enjoy Christmas and the New Year, and come back and work on things. I get compared to a lot of the world champions. I’ve had 10 fights now. 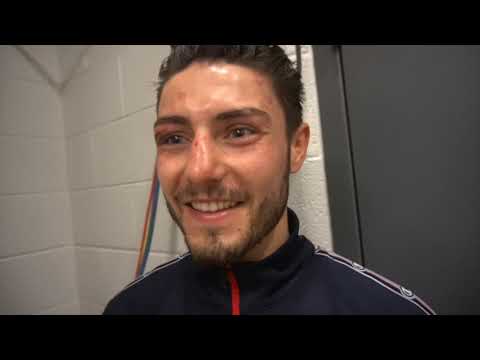 “I’m moving nicely, and my next fight will be a nice one in the New Year,” Kelly said. “It’ll happen in early next year. You will see that,” said Kelly about a fight between him and Avanesyan.

Kelly looked pretty discouraged during the interview, and I think he’s starting to realize that he’s not going to win a world title during his career. But if he gets lucky, he could potentially get a big payday fight against Manny Pacquiao or Mikey Garcia in the future if Hearn can bring him along fast enough. Pacquiao is 41, and he won’t be around for too much longer.

“In a fight like this [Campos], you can have a lapse of concentration, and you can walk on him a little bit, you can get frustrated because you’re not catching him clean enough, and not hitting him with the right shot selection and different things,” said Kelly. “It was hard to really catch him clean with shots that mean something.

“It was all those things, and getting cut in the first round,” said Kelly. “The cut was a previous one from a spar. That was an experience in itself in the first round, sitting back down with blood dripping in my eye. There’s a lot of positives, but there’s also a lot of things I’m going to need to work on.

“It’s going to put me in some good matches, because I’m willing to take these challenges,” said Kelly. “That’s the reason why I’ve been taking these fights against Ray Robinson and Avanesyan. I hope everyone tunes in and watches it. If you aim for the top, you’ve got to be ready for it.

“I’m not in this game just to take part. I know the levels from my training, and that’s why I stepped it up. I can transfer that into fight night, and the majority of the time I do. Tonight was just a case of me of me not catching him clean, and having an awkward opponent. The journey continues,” said Kelly.

If Kelly doesn’t improve by 30 to 40%, of what he showed against Campos, Avanesyan will probably beat him. Avanesyan is a solid professional, and he defends well and has decent power. More importantly, Avanesyan doesn’t have the bad habits that Kelly possesses with his defense.

Hearn on Chavez Jr. quitting: “You CAN’T do that” »