Sergey Kovalev to Canelo Alvarez: “Let’s do REMATCH in May” 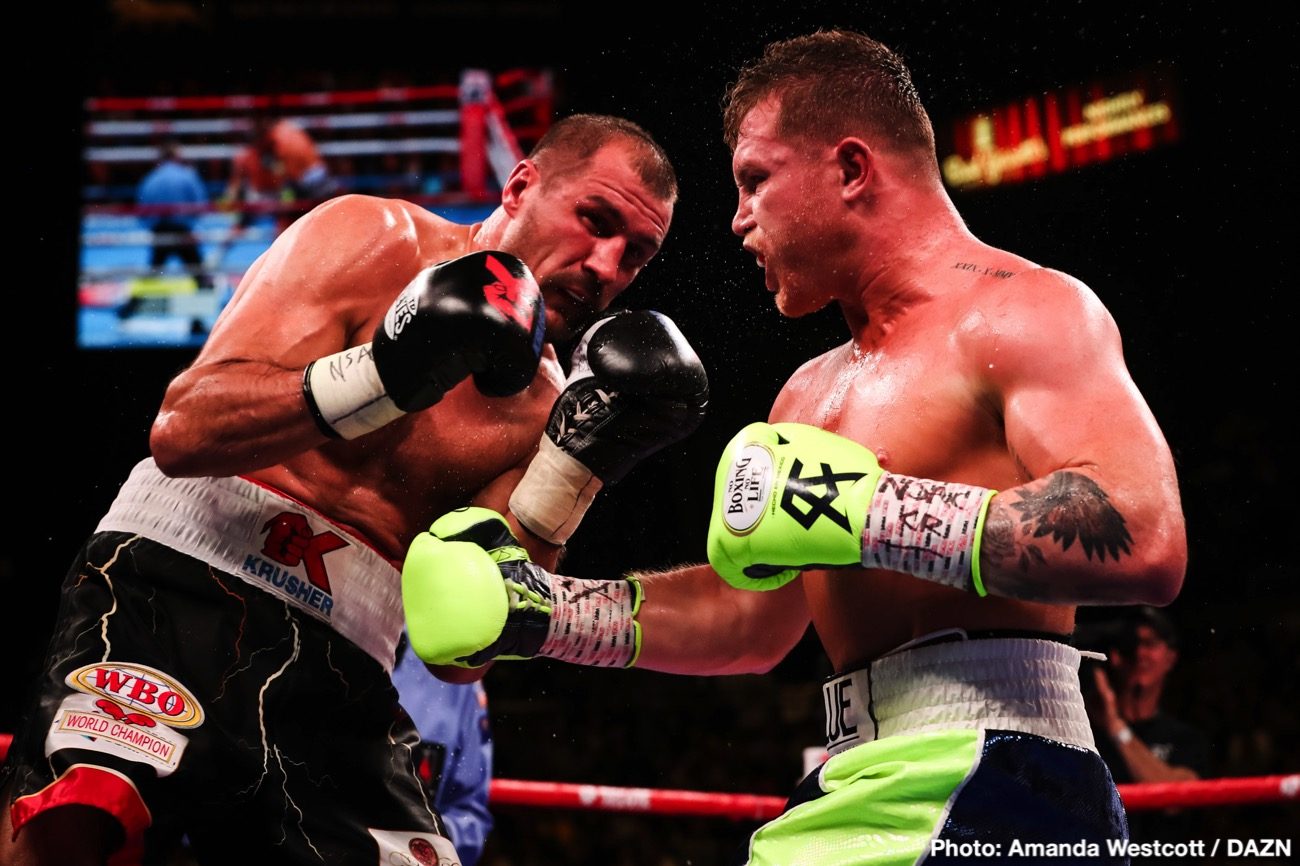 By Sean Jones: Sergey Kovalev has taken to his Instagram account to ask Canelo Alvarez for a REMATCH for this May in order for the two shut down the wrong opinions that boxing fans have about their fight last month on November 2.

Kovalev  said he was tired from his fight with Anthony Yarde, and he wasn’t ready to take the match against Canelo. He took the fight because it commercial sense, but he wasn’t ready.

Unfortunately, the Golden Boy Promotions star Canelo Alvarez (53-1-2, 36 KOs) hasn’t talked of wanting to to revisit the Kovalev rivalry. As far as Canelo is concerned, the Kovalev chapter is closed, and he’s moving on. Canelo did says that he thinks Kovalev a “Sore loser” due to all the griping he did after the fight over his loss.

Kovalev asks Canelo to give him a rematch

“Everything was calculated by team of @canelo,” said Kovalev on his Instagram. Now a lot of people have a wrong opinion about our fight #CaneloKovalev. Let’s close these talk by #rematch  #CaneloKovalev2 #krusher #Kovalev. Well let’s face the truth, Canelo wouldn’t have won if the fight had passed after my full rest after my previous fight Anthony Yarde, which I started my preparations for in early May,” said Kovalev.

Former WBO light heavyweight champion Kovalev (34-4-1, 29 KOs) says that the TRUTH of the matter is that he would have beaten Canelo Alvarez if he’s been given the proper rest that he needed following his fight with Anthony Yarde on August 31.

This is an utterly predictable move by Kovalev for him to be asking Canelo for a rematch. It’s a little bit of a surprise that it’s taken the 36-year-old Kovalev a little over three weeks to ask Canelo for the rematch, as you would think that he would have asked a lot sooner.

“After my full recovery and enough time for my preparation to #CaneloKovalev2 I can get victory over @canelo on @dazn_usa 100%!!!” said Kovalev.
I was tired after the fight against Anthony Yarde and didn’t have enough time for the rest and recovery my power for 100%. But I can’t say «NO»,when somebody makes the call to fight me,” said Kovalev.

It makes sense to me that Kovalev agreed to fight Canelo last November despite being exhausted after the Yarde fight, because the money was too good to turn down. With that said, Canelo isn’t going to bother giving Kovalev fight, being that he would be laughed at by boxing fans.

It’s bad enough that a lot of people are saying that their fight was a STAGED event, but it would be far worse if Canelo agreed to fight Kovalev a second time. That would be a terrible career move on Canelo’s part if he went in that direction, wouldn’t it?

Kovalev got a big payday of $12 million for the fight. With that kind of money, asking for a rematch makes perfectly good sense. There’s a lot of green that Kovalev can get if Canelo throws him a bone and gives him a second fight.