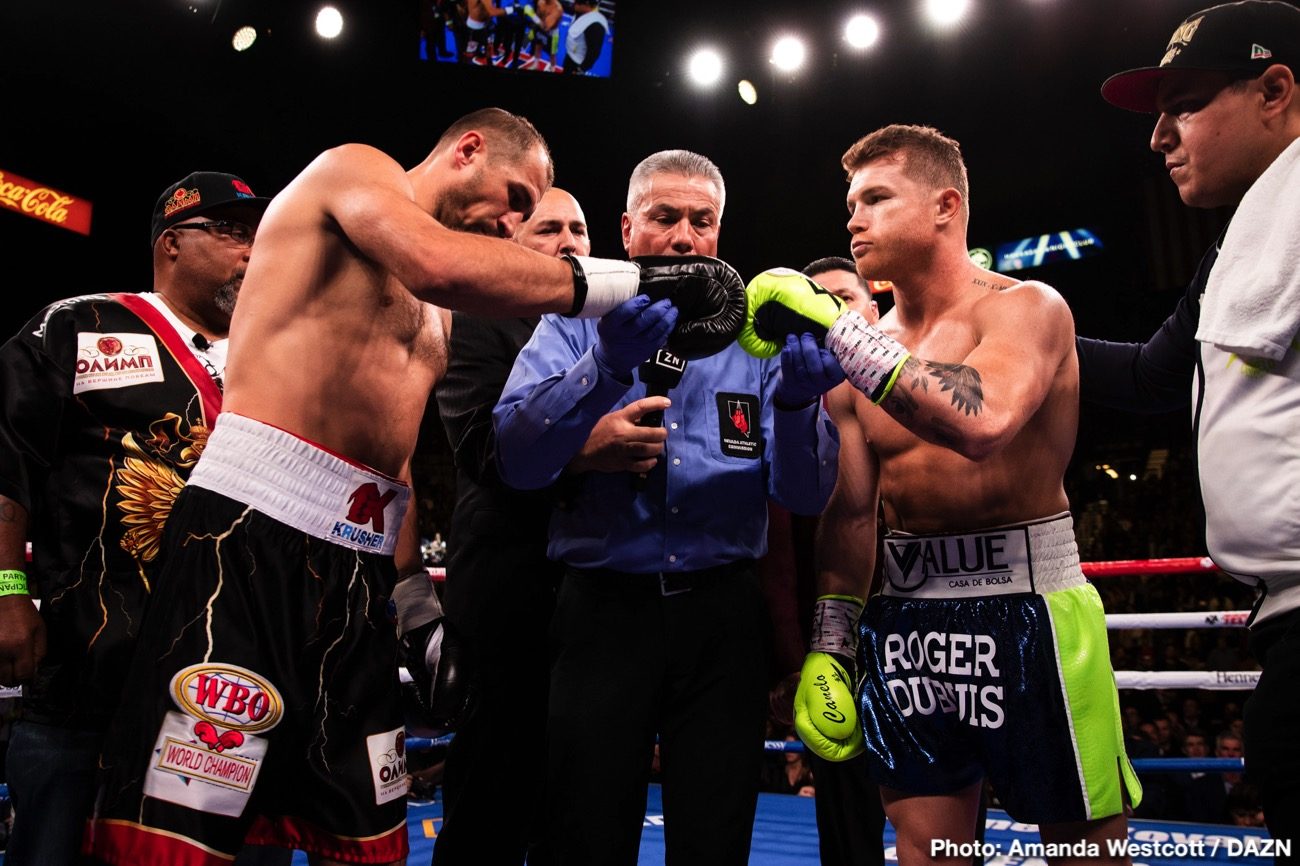 By Dan Ambrose: Sergey Kovalev has revealed what many fans suspected about his recent loss to Saul Canelo Alvarez by saying that he had no chance of winning because he had little chance to recover from his previous title defense against Anthony Yarde. Canelo (53-1-2, 36 KOs) stopped Kovalev in the 11th round to take his WBO 175-lb title from him on November 2 in Las Vegas, Nevada.

A lot of boxing fans openly wondered after the fight why Kovalev seemed so fragile, and his punches with almost nothing on them. Some people have even said the Canelo vs. Kovalev fight looked like it was STAGED. They noticed how

Kovalev wasn’t throwing his punches with power, and they thought it was odd that he would do that. Even Kovalev’s ordinarily powerful jab looked weak, and the strangest part. Kovalev arguably possesses the best jab in the light heavyweight division.

Former WBO light heavyweight champion Kovalev (34-4-1 29 KOs) says he took the fight with Canelo due to economic reasons, but he had no chance of winning. Started training camp for his November 2 just three weeks after his grueling 11th round knockout win over Yarde on August 31. That’s a fight in which Kovalev was close to being knocked out in the 8th round.

It sounds terrible that Kovalev took the fight with Canelo for financial reasons. He’s said to have gotten a purse of $12 million. Of course, for the average boxing fan, they likely would jump at the chance to get a massive payday if they were nearing the end of their careers as well.

NEWS:   Eddy Reynoso says Canelo and Makabu WON'T have catchweight next May

This confession by Kovalev puts a damper on Canelo’s win because it clearly shows that the Russian fighter wasn’t at his best. Not only was he up there in age at 36, but he was worn out from consecutive camps without being able to rest appropriately. It was an old school situation where a fighter jumped straight into another training camp weeks after a hard fight.

Did Kovalev take it easy on Canelo?

The question that a lot of people have is, did Kovalev purposefully lighten up on Canelo, and take it easy on him? It’s one thing being a little worn from having consecutive camps, but it’s peculiar that Kovalev didn’t sit down on any of his punches in the fight. A lot of boxing fans are complaining that the Canelo-Kovalev match looked “RIGGED” and not on the level.

People see Canelo as having cherry-picked an over-the-hill and worn out Kovalev rather than taking on the lions at 175 in Artur Beterbiev, Dmitry Bivol, or Oleksandr Gvozdyk. In the weeks leading up to the fight, some fans painted the picture that Canelo was heroic by moving up two weight divisions to challenge Kovalev for his WBO light heavyweight title. But Kovalev’s confession that he took the fight for money, and that he was worn out, it takes away the shine from Alvarez’s win.

Many knowledgeable boxing fans saw the fight as a cherry-pick from the moment it was made, as Canelo didn’t select the elite light heavyweight champions Beterbiev or Bivol.

Canelo didn’t look good against Kovalev and was at risk of losing the fight going into the 11th. In the 11th, Canelo backed Kovalev up against the ropes and dropped him with a hard right hand to the head to get the knockout. The way that Canelo performed, it’s highly unlikely that he would have beaten Kovalev in his prime. Even the Kovalev that defeated Yarde would have an excellent shot at beating Canelo.