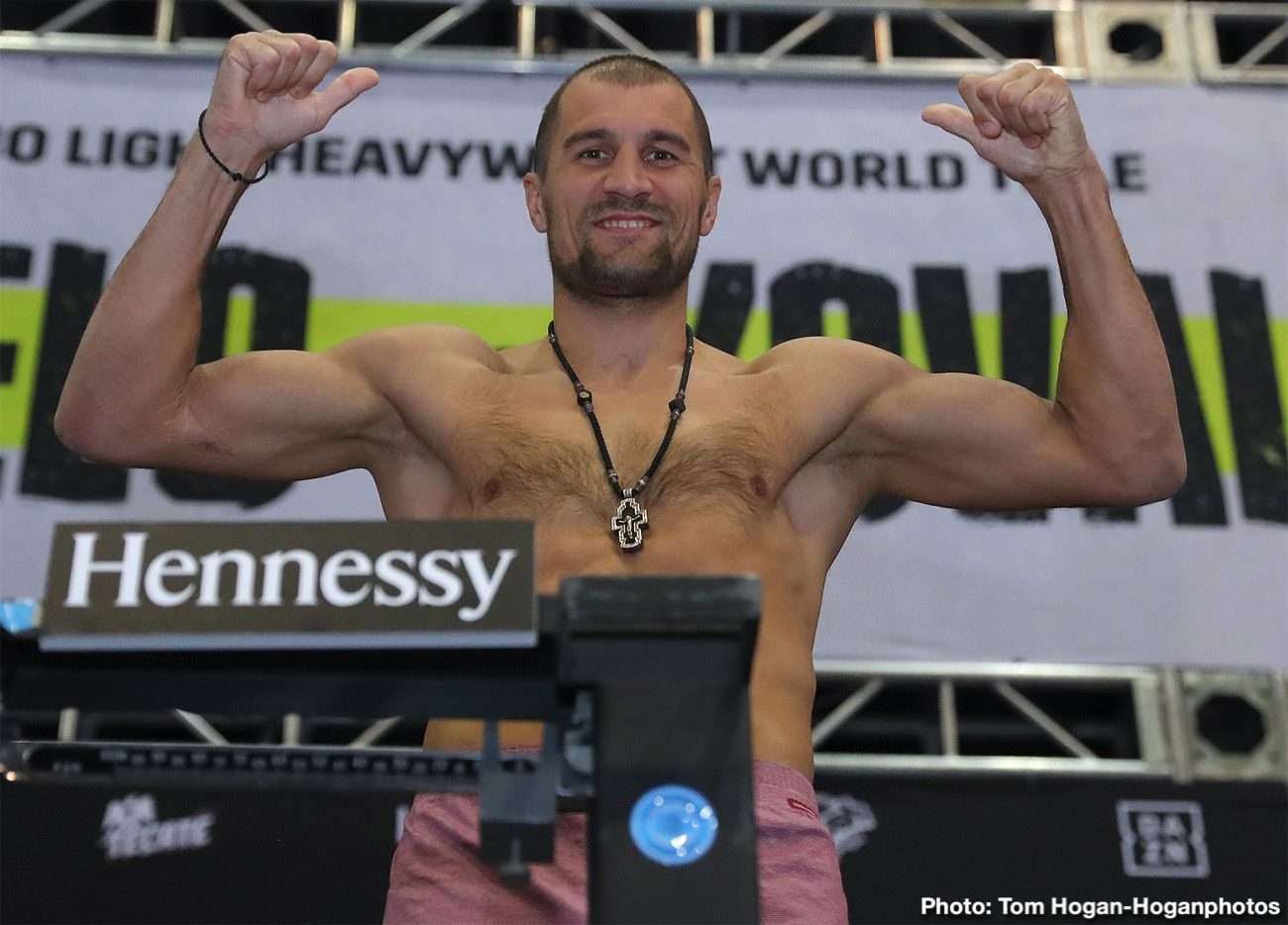 Krusher. The nickname says it all. Sergey “Krusher” Kovalev is a three-time light heavyweight world champion and current WBO Light Heavyweight World Champion who knocks out nearly every opponent who dares to step in the ring with him. Originally from Chelyabinsk, Russia, Kovalev now resides with his family in Ft. Lauderdale, Florida.

Sergey’s climb to the highest ranks of boxing started from a difficult life in Russia, a childhood with few comforts. He has emerged from his defeats wiser and with a reinvigorated attitude. After teaming up with trainer, former World Champion James “Buddy” McGirt, and strength and conditioning coach Teddy Cruz, he regained his WBO World Title with a UD win over Eleider Alvarez in their February rematch. The McGirt/Cruz duo are best-known for bringing back the late Arturo Gatti after his crushing loss to Oscar de la Hoya in 2001. McGirt and Cruz worked with Gatti for the remainder of his career including the legendary Gatti-Ward Trilogy.

Sergey made his professional debut on July 25, 2009 (first round TKO of Daniel Chavez in Greensboro, NC). He stopped all five of his subsequent opponents that year within the first and second rounds. In 2012, Kovalev signed with Main Events. Shortly thereafter he burst onto the scene and into the consciousness of boxing fans on January 19, 2013, when he demolished former world champion Gabriel Campillo in three rounds in front of a national U.S. audience on NBCSN Fight Night. He followed that win with a return to Fight Night in June 2013 with a knock out win over Cornelius White.

Kovalev has dominated the light heavyweight division for more than six years and he is still the man to beat in the hot division. The upcoming super fight against Saul “Canelo” Alvarez will be Kovalev’s 17th consecutive world championship bout. The streak began on August 17, 2013, when Kovalev traveled to the United Kingdom to battle then-undefeated champion, Nathan Cleverly, in Cleverly’s backyard for the WBO Light Heavyweight Championship. Not only was it Kovalev’s first world title fight, but also his first televised by HBO. Sergey made the most of it, winning by TKO in round 4, becoming the first Russian born fighter to hold the WBO Light Heavyweight crown, which was established in 1988.

For his first title defense, on November 30, 2013, Kovalev traveled to Quebec City, Canada where he successfully defended his title against former amateur standout Ismayl Sillakh on HBO Boxing After Dark. Kovalev wasted no time as he finished Sillakh less than one minute into the second round. In his next two title defenses Kovalev would stop two previously-undefeated opponents: Cedric Agnew and Blake Caparello.

His signature win was the November 8, 2014 unification title triumph over future Hall of Famer Bernard Hopkins that cemented Sergey’s status as the world’s top 175-pound fighter and one of the sport’s top pound-for-pound boxers. The Krusher nearly shutout Hopkins over 12 rounds and added both the WBA and IBF belts to his collection. After the Hopkins victory Kovalev was named Fighter of the Year by the WBO, SI.com, BleacherReport.com, NY Post, USA Today, and SherDog.com. He also made his debut at number nine on ESPN’s pound-for-pound rankings list.

As WBO, WBA and IBF Unified World Champion, Kovalev made four more successful title defenses. He stopped current WBA Interim Champ, Jean Pascal, twice, both times in Pascal’s backyard at Centre Bell in Montreal, Quebec, Canada and in doing so added the WBC Diamond belt to his mantle. He also completed in his first mandatory defense with a third-round stoppage over number one contender Nadjib Mohammedi. Next, he returned to his home country of Russia and defeated Isaac “Golden Boy” Chilemba with a 12-round unanimous decision victory in front of sold-out crowd in Ekaterinburg.

In November 2016, Kovalev went the distance against former two-time world champion Andre “S.O.G.” Ward. The bout was Kovalev’s first appearance on HBO Pay-Per-View and ended in a highly contested one-point decision against Sergey. Kovalev managed to knock down Ward and many thought the cards should have gone in his favor. Sergey got a second shot at Ward in June 2017 when they met again in Las Vegas, Nevada for their highly-anticipated rematch at Mandalay Bay Resort & Casino. Many believed Sergey dominated Ward for most of the fight, but after several uncontested low-blows by the champion, the referee put a halt to the fight, calling it a TKO victory for Ward.

Sergey then travelled back to Atlantic City to christen the newly-opened Hard Rock Hotel & Casino. Kovalev faced Eleider Alvarez in front of sold out crowd at Hard Rock’s Etess Arena. Sergey was leading on all three scorecards against Alvarez but was stopped by the challenger in the seventh round. In February of this year Kovalev made his ESPN debut in his much-anticipated rematch with Alvarez. Kovalev secured a decisive victory in the rematch and reclaimed his WBO title.

With the prospect of the Canelo fight looming, Kovalev fought in his hometown of Chelyabinsk, Russia for the first time in his professional career on August 24, 2019 at the Traktor Sport Palace. He did not disappoint the sold-out crowd, stopping previously-undefeated mandatory challenger Anthony Yarde in dramatic fashion.

Kovalev is managed by Egis Klimas, promoted by Main Events. 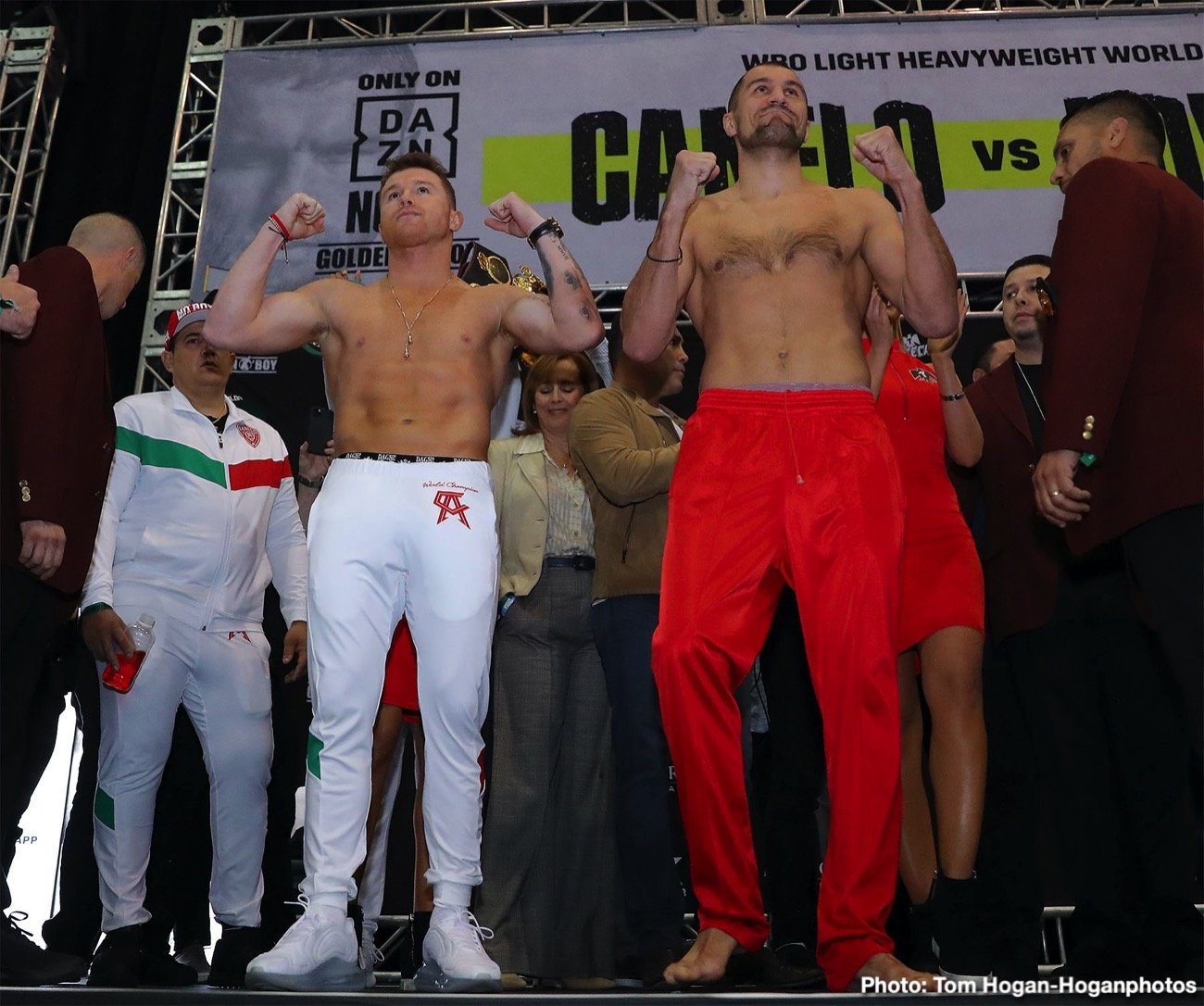