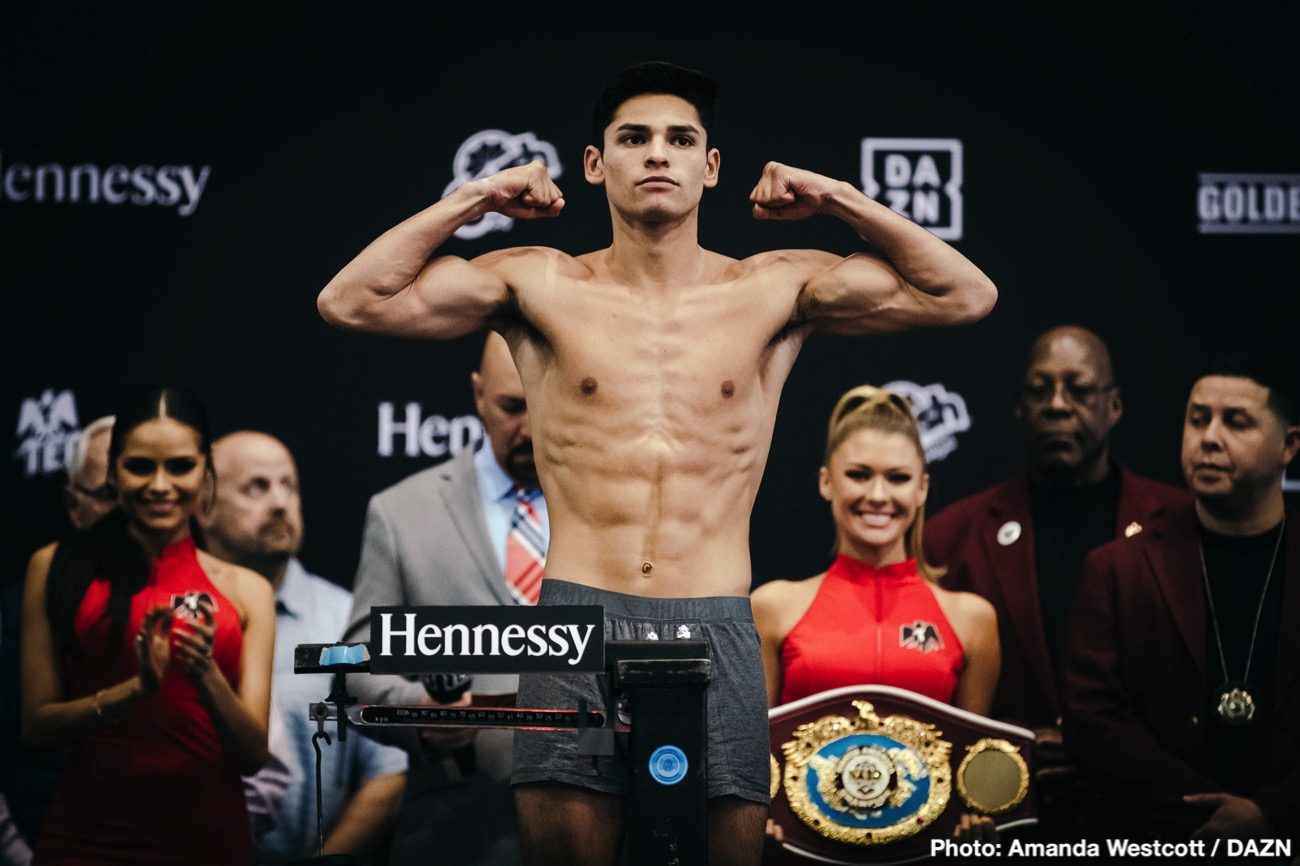 Ryan Garcia turned professional at the young age of 17 and was a 15-time national champion when signed by Golden Boy in November 2016. The Victorville-born Garcia, who compiled an incredible 215-15 record as an amateur, has remained undefeated since turning pro. Garcia is currently rated as the 19th of 2,153 boxers in the world and 4th of 288 boxers in the U.S. Of his 18 matches, 15 have been won by knockouts (KOs). Outside of his professional boxing career, the 21-year-old is also popular on social media, with 3.6 million Instagram followers and was selected as ESPN’s 2017 prospect of the year.

Garcia, an American of Mexican descent, is currently trained by Eddy Reynoso, who trains many famous fighters in the sport including Saul “Canelo” Alvarez. Garcia often incorporates his Mexican heritage into his persona. During fights he carries both the U.S. and Mexican flag into the ring and frequently wears red, white, and blue colors.

Garcia, who started boxing at the age of seven and always trained with his father in the family garage, was off to a lightning-fast start in the pros, delivering five knockouts in his first six fights. His achievements in the amateur ranks have been nothing short of incredible, including 15 National Gold Medal Championships, Youth Worlds 2016 Gold Medal and Youth Olympic Team participation for USA Boxing, and many more.

Garcia entered the professional ring with a first-round knockout of Edgar Meza on June 9, 2016.

He made his Golden Boy debut vs. Jose Antonio Martinez on the undercard of Bernard Hopkins’ final fight at The Forum on December 16, 2017. Since then, Garcia has been undefeated, taking on tough opponents including Miguel Carrizoza (KO8) in September of 2017, where he won the vacant NABF Junior  Super Featherweight Title. He retained his title three short months after in November against Cesar Alan Valenzuela (TKO8) and again in March of 2018 against Fernando Vargas Parra (KO10).

In 2018, Garcia fought the best opponents of his career, going against Jayson Velez for a full ten rounds, something Garcia had never done before. The judges scored the fight 99-91, 99-91 and 99-91 and Garcia emerged with a unanimous decision victory. Garcia also fought Carlos Morales and Braulio Rodriguez before ending the year.

Most recently, Garcia stepped in the ring with Jose Lopez in March of 2019 and scored a second-round  technical knockout. Next, Garcia was supposed to go up against Avery Sparrow in the co-main event of Golden Boy’s Mexican Independence Day card on September 14 at Dignity Health Sports Park in Carson, CA. However, Sparrow was arrested one day before the event, and the fight got canceled.

Garcia renewed his deal with Golden Boy in September 2019, described as “one of the most lucrative deals in history for a boxing prospect.” Now, Garcia will have the chance to secure his path to a world title by fighting Romero Duno as the co-main event for Canelo vs. Kovalev on November 2nd at the MGM Grand Garden Arena in Las Vegas. 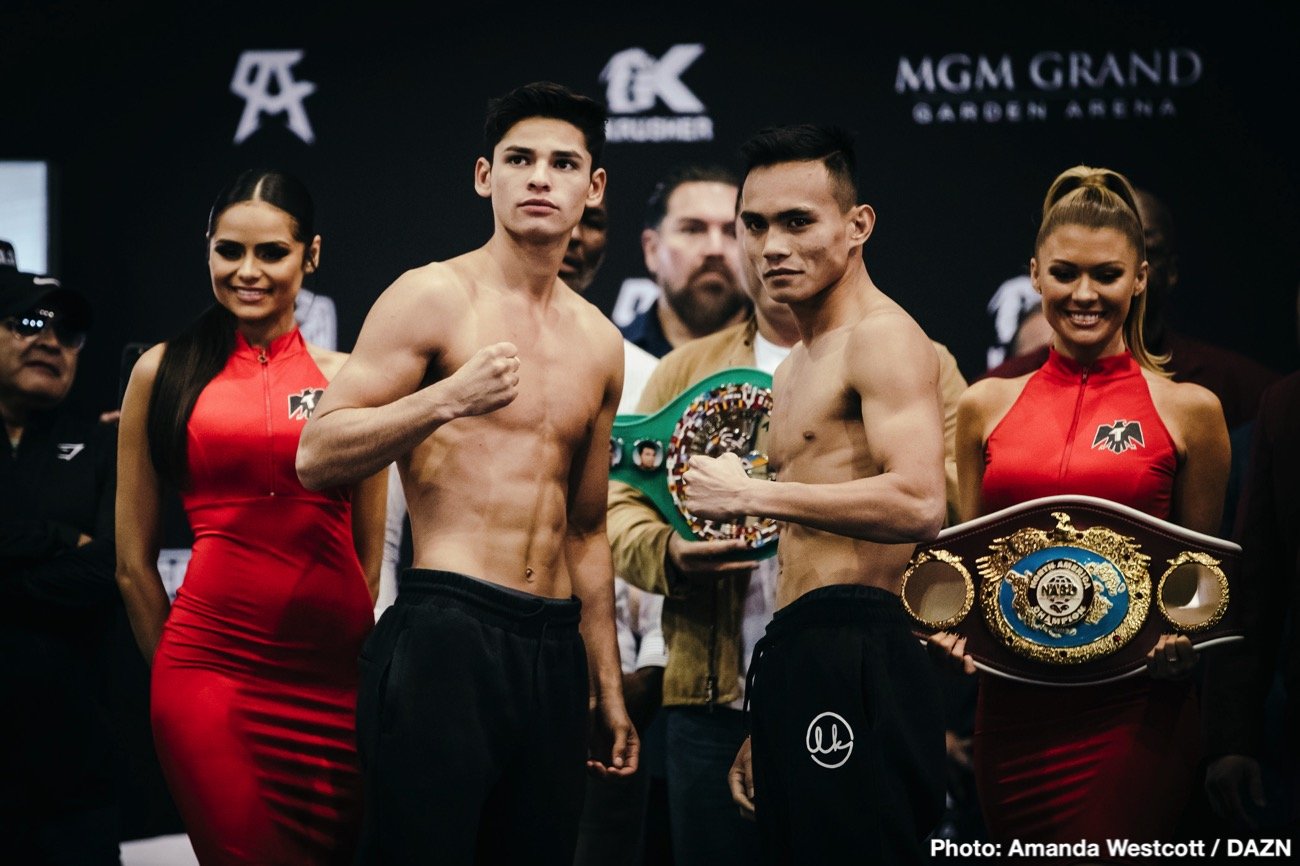