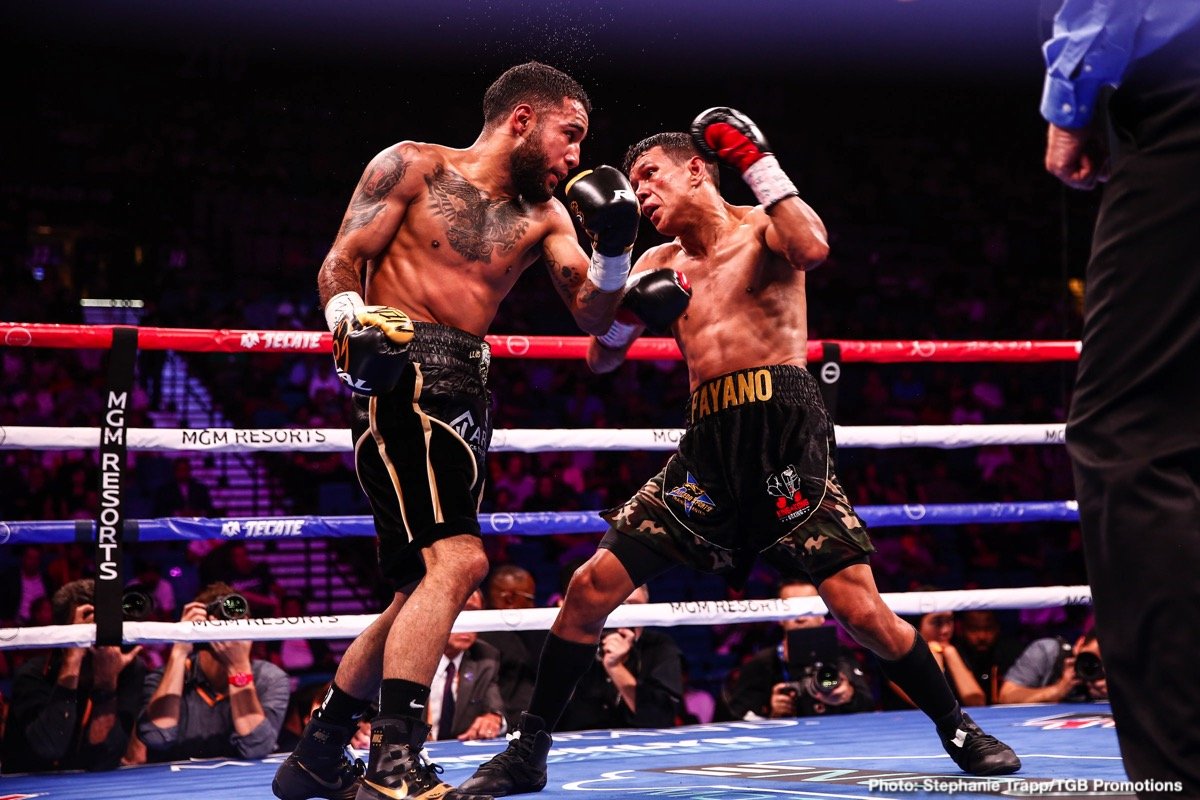 “Manny [Rodriguez] is a good boxer, but a little slow style,” said Nery to ESPN KnockOut. “I’m going to impose myself with my style, with a lot of pressure, we are going to impose ourselves, and we will overcome it without problem in 3 or 4 rounds, when I grab it (it ends)” said Nery.

IBF/WBA champion Inoue (19-0, 16 KOs) could throw a wrench in Nery’s plans of progressing from Rodriguez to WBC bantamweight champion Oubaali. The Japanese star says he wants to fight Oubaali to unify the bantamweight division, and avenge his brother Takuma’s loss to the Frenchman from November 7.

Nery: I will fight Oubaali after Rodriguez

“[After] Winning this fight [against Rodriguez], we will go for it,” said Nery to ESPN Deportes about his plans of fighting Oubaali in his next match. “I will recover my title. I find it more difficult [to fight] Manny than Oubaali. He is not a complete fighter,” said Nery

Inoue might not be able to get to Inoue before Nery does, as he suffered an eye injury in his recent win against Nonito Donaire on November 7. Inoue revealed that his right orbital bone is fractured, and he has  cut over that eye and a broken nose.

Naoya says that he won’t need surgery for the eye. Nevertheless, those are injuries that could keep Inoue out of action for at least 6 months or longer. That’ll give Nery a chance to face Oubaali before Inoue, which would potentially set up a big fight between them in 2020.

“I told them that there was nothing abnormal in my right eye, but I fractured the orbital bone of the right eye with a left hook in the second round,” said Inoue. “Fortunately they did not operate on me and I will be at rest. It won’t alter the plans for next year, so I’ll do my best. By the way, my nose was broken, that left hook was very hard.”

Inoue said he wanted to fight 3 times in 2020. There’s very little chance of Inoue meeting that goal if he’s going to be healing up from a broken nose and fractured eye socket for the next 6 to 8 months.

First obstacle in front of the 24-year-old Nery is the Puerto Rican Rodriguez, who was crushed in 2 rounds in his last fight by Inoue last May in the World Boxing Super Series tournament.

It’s a fight that Nery must get out of the way before he challenges WBC 118-lb champion Oubaali for his old title that he lost on the scales last year in March when he came in overweight for his rematch with Shinsuke Yamanaka.

That was originally a title defense for Nery, but it ended up with disappointment when he came in 3 pounds over. On top of that, Nery didn’t get credit from boxing fans when he annihilated Yamanaka by a 2nd round knockout. Many fans dismissed Nery’s win due to him missing weight.

“I think that they underestimated Nonito,” said Nery to ESPN Deportes. “They thought he was not going to do anything, but it was a good fight. I liked it. All the fighters come up scared thinking that Inoue is a monster, and that the punches do not hurt. Nonito climbed, throwing punches, combinations, he pressed it and he [Inoue] did not know what to do. In round 9, he [Donaire] hurt him, but he did not reach him,” said Nery.

Nonito had Inoue BADLY hurt in round 9

Donaire didn’t continue to press the attack the way he needed to for him to knockout Inoue after he hurt him in the 9th. The defensive skills by Inoue made it difficult for Donaire. Inoue was jumping backwards with his entire body when Donaire would look to land his left hooks and right hands.

If Donaire had used his jab more, he would have had success in connecting. But Inoue was getting out of the way of Donaire’s power shots from the 10th round on.

The only time Donaire could hit Inoue from that point in the fight as in the 11th after Inoue dropped him with a body shot. Inoue forgot about his defense and poured it on trying to knockout Donaire after he got up. This enabled Donaire to land a couple of sneaky left hooks that shook Inoue, causing him to up his plans to try and knock him out.