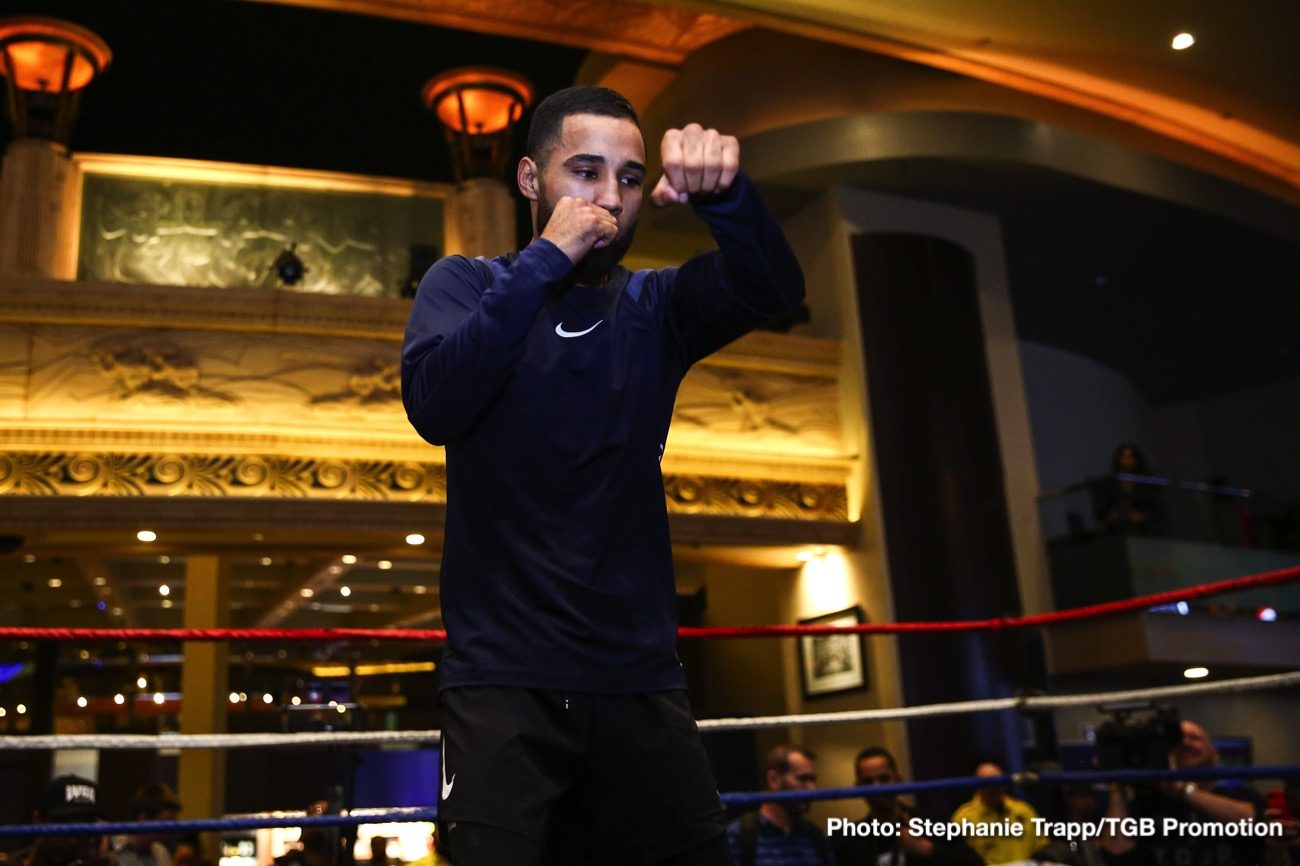 By Aragon Garcia: Japanese star Naoya Inoue is calling for former WBC bantamweight champion Luis ‘Pantera’ Nery (30-0, 24 KOs) to be banned from boxing after he came one pound over the 118-lb limit at 119 on Friday for his fight against Emmanuel Rodriguez (19-1, 12 KOs).

It’s interesting that Nery is being turned into a villain for coming in one whole pound overweight, and Inoue wanting him banned from boxing. The real story is why does Inoue want Nery banned, and why did Rodriguez drop out of the fight?

“Neri, what should I do,” Inoue said on his Twitter site. “Also disqualified. I don’t wanna be told by such a guy. Exile from the boxing world.”

Nery is ranked #1 with the WBC, and someone that has been making it known that he wants to fight Naoya. There a lot of boxing fans that believe that Nery would knockout Inoue, Nonito Donaire and WBC bantamweight champion Nordin Oubaali without any problems. It’s amusing that Inoue is coming out of the woodwork to call for Nery to be banned because he came in ONE pound over the bantamweight limit.

Why is Nery taking such a punitive stance over one pound? It is because he doesn’t want to risk fighting Nery, and getting knocked out by him? I guess things would be easier for Inoue with Nery out of the way, right? If Nery gets banned, then Inoue is free to dominate the rest of the fighters at 118 without risking getting knocked cold by the talented Mexican.

Inoue feels this was enough for Nery to be banned, considering he’d missed weight in two of his other fights during the last 2 years. In total, Nery has failed to make weight in 3 out of his last 9 fights.

Rodriguez didn’t want to fight Nery after he missed weight

In response to Nery, 24, coming in over the limit, Rodrigueuz chose not to go ahead with the fight. It’s interesting that Rodriguez would drop out of the fight over Nery missing weight by one pound. This would have been a great opportunity for Rodriguez to fight on the card, and he pulls out over Nery in coming in one pound over the limit. Hmmmm.

What does that tell you about Rodriguez? It sounds like he wasn’t eager to potentially become knockout victim #25 for Nery, who is a superstar in the making. Some boxing fans see Rodriguez using the missed weight by Nery an excuse to get out of the fight, because he wasn’t expected to win or be competitive.

“This guy is really dangerous. He’s a big puncher,” said trainer Freddie Roach to Fighthupe about Luis Nery. “For a 118-pounder, he hits really hard on the mitts. He’s a really, really good puncher, and has great power. It think I’m going to have to move him up a weight class pretty soon, because he struggles to make 118. I think 122 would be a better weight for him. He’s very cocky, and he believes in himself. but if you look at his record, it shows it.

“He’s got a lot of knockouts. I love that fight,” said Roach when asked if he would like to see Nery and Inoue fight. “Donaire exposed him a little bit. He won the fight clearly, but Donaire looked very good, and it was a good fight for Donaire. It opened the door for a lot more people, I think. Donaire was a good fighter at one time, but he’s a little bit washed up. He [Nery] can definitely be a star. I remember when Pacquiao first came to my door, he was at 122, and this kid if right there. I think he can become a star,” said Roach.

“He’s very heavy-handed,” said Roach to Fighthub about Nery. “There are so big fights out there for him. We might go to 122 pretty soon, and the ‘Monster’ is there, they say. I think we can knock him [Inoue] out. So Bob Arum, make that fight. I think Donaire exposed him [Inoue] as not being the best guy out there, because I believe I’ve got the best guy [Nery] out there,” said Roach.