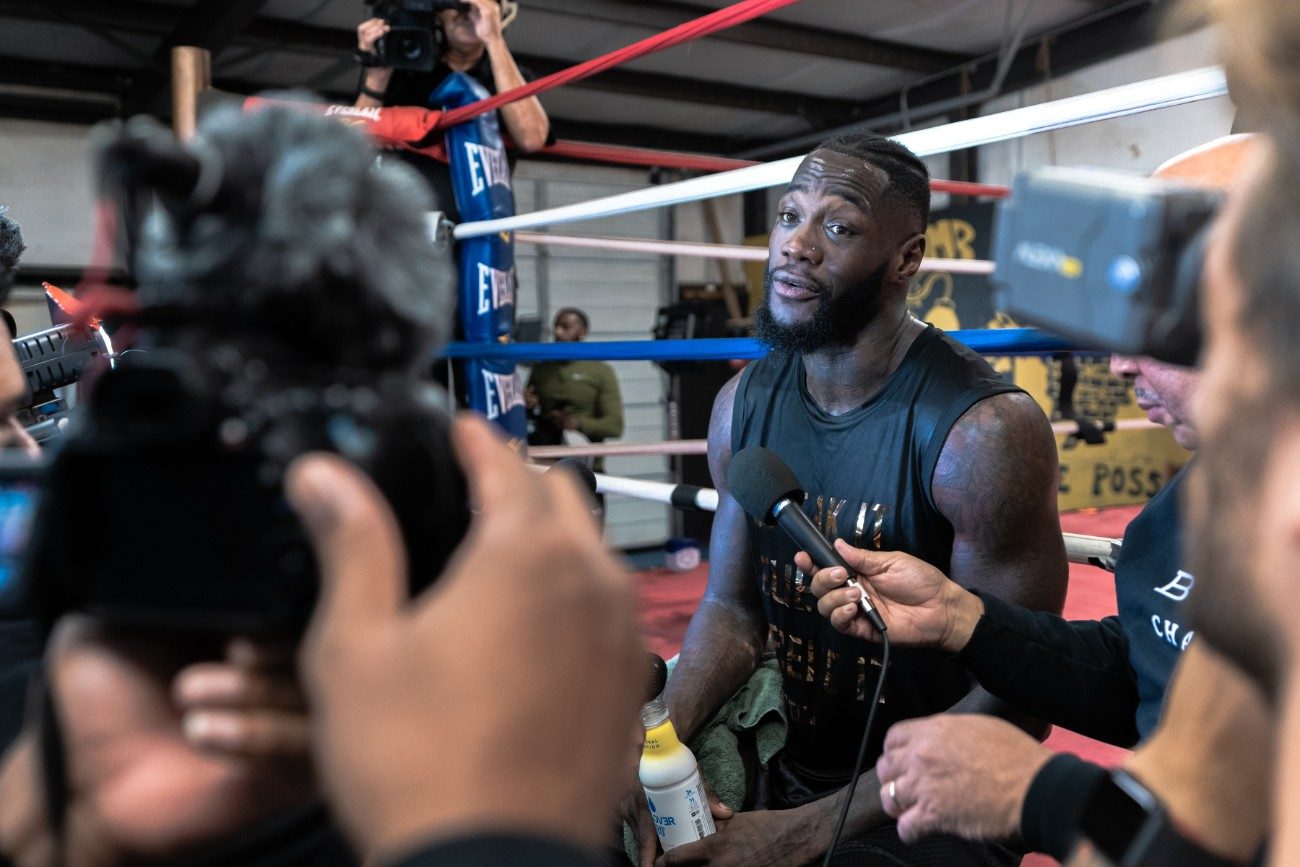 By Chris Williams: WBC heavyweight champion Deontay ‘Bronze Bomber’ Wilder (41-0-1, 40 KOs) says he’s NOT worried at all about him taking a loss in his upcoming rematch with the always dangerous Luis ‘King Kong’ Ortiz (31-1, 26 KOs) on November 23.  Wilder says if he loses the fight, then it’s not a problem. It won’t change anything.

Wilder’s fight against the southpaw Ortiz is a VOLUNTARY defense on Fox Sports Pay-Per-View at the MGM Grand in Las Vegas, Nevada. If Wilder loses to the 40-year-old Ortiz, then he’ll fight him in a trilogy match likely in the first half of 2020.

It would obviously effect Wilder’s rematch with Tyson Fury, which is supposed to be taking place on February 22 next year, but there’s nothing that can be done about that. The way that Fury is acting lately, he might breathe a sigh of relief at not having to face the 6’7″ knockout artist Wilder again.

Deontay NOT worried about losing to Ortiz

“If I lose to Ortiz, then it is what it is, you know?” said Wilder on his social media. “A loss is a loss, that doesn’t determine who you are. Many people have failed in life, but sometimes failure can be a great thing. It depends on how you apply it to your life. Sometimes failure can be a motivation to be more determined to make it the next time. To be more confident.

“A lot of guys lost their titles, and they needed that loss. And when you seen them come back, you saw what they did. When you talk about that, I think about J-Rock Williams. He went back to the basics and put himself back in condition. He just focused on himself, and came back and became a champion, man. That’s what you’ve got to do. Life is about ups and downs. Everybody wants to be on top, and everybody wants success,” said Wilder.

You’ve got to give MAD respect for Wilder being willing to fight Ortiz a second time, considering neither fight was a mandatory defense on his part. Wilder volunteered to fight the talented Cuban fighter. None of the other elite heavyweights in the division have shown any desire to face Ortiz.

Wilder is the only one that would face King Kong Ortiz, and he almost lost to him last year. Ortiz had Wilder buzzed in the 7th round last year in March, and somehow he made it through. Showing great heart, Wilder came back to knock Ortiz down twice in the 10th round to get a knockout. 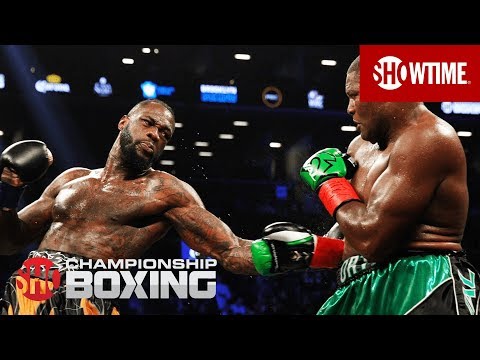 “The thing about success is once you gain success, you have to stay relevant, and keep success,” said Wilder. “Sometimes staying relevant is harder than becoming successful. So if you don’t have a worth ethic now, then you don’t have to worry about being successful unless you want to be a one-hit wonder. Long live the King.

“The Bronze Bomber is the baddest man on the planet. November 23 is going to be a magical moment, and a special moment in time for all the boxing fans around. You don’t want to miss it. If you can’t make it, click that button, baby. It’s on Fox Pay-Per-View,” said Wilder.

For a lot of fighters, once they taste success, they start taking it easy. They want to enjoy the millions that they make, and they don’t spend the time that they need to in the gym like they did before. Once that happens, the hungrier fighters creep up on them and dethone them. It’s hard to stay on top as a world champion unless you got someone that is dedicated. A champion has got to live a spartan lifestyle to stay on top. 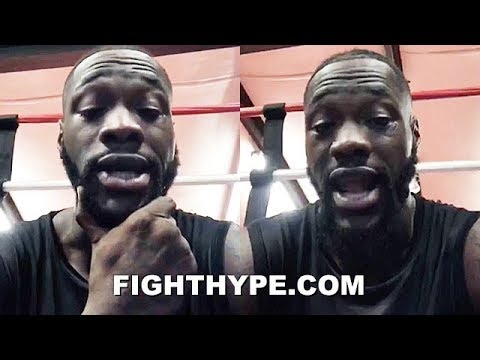