Gennadiy Golovkin counting down for next fight

By Sean Jones: Gennadiy Golovkin is already eagerly starting his countdown for his first title defense for his IBF middleweight belt against mandatory Kamil Szeremeta in January or February LIVE on DAZN in Chicago, Illinois.

The unbeaten #4 IBF Szeremeta (21-0, 5 KOs) isn’t the fight that GGG wants, but he has no choice in the matter. The rule is that for fighters that capture vacant world titles, they must defend against their mandatory challengers in their first defense.

The 30-year-old Szeremeta is the mandatory with the IBF. He may have a weak record filled obscure opposition, but this is the guy the IBF chose.

GGG must beat Szeremeta to get Canelo fight

This could be the last hurdle for Golovkin (40-1-1, 35 KO) before he faces WBA/WBC [F] 160-lb champion Saul Canelo Alvarez (53-1-2, 36 KOs) in a trilogy match in September 2020. That’s the fight that GGG and DAZN both want. Golovkin wants to clear up the controversy surrounding his first two fights with Canelo. Their first fight in 2017 was ruled a 12 round draw.

In their rematch in 2018, Canelo won a questionable 12 round majority decision. Golovkin was viewed as the winner in both fights, but the matches took place in Canelo’s favorite venue at the T-Mobile Arena in Las Vegas in Nevada. Canelo doesn’t lose there.

Marquez is talking about Golovkin switching from his long-time trainer Abel Sanchez to Johnathon Banks. Since making that switch, Golovkin has looked poor in beating Sergiy Derevyanchenko and Steve Banks.  A lot of boxing fans believe that Golovkin hasn’t shown improvement since Banks signed on as his trainer to replace Sanchez.

Although Banks has talked of wanting Golovkin to increase his work-rate since he started training him, it’s not happened. He looks like the same fighter he was before, but he’s getting hit more. It’s likely too late for Golovkin to go back to Sanchez, and it might not help.

Golovkin will be 38-years-old if Canelo faces him in 2020. That’s obviously a ripe age for any fighter. For one that likes to brawl with his opponents like GGG, it’s ancient.  If Canelo makes Golovkin wait until 2021 to face him, he’ll be 39-years-old. Canelo may not realize it now, but he would be undermining himself by waiting that long to make the fight.

The perception is already there among many boxing fans that Canelo made Golovkin wait until he was 35 before facing him. GGG wanted to fight Canelo at 32, but he was told that he had to grow into the middleweight division. Some believe that this was just a tactic to wait Golovkin out until he was old.

“I think Canelo should close the chapter and fight GGG one more time, which is an opportunity,” said trainer Joel Diaz to Fino Boxing. “And I believe in the next one, Canelo will knock him out. I saw GGG in his last fight [against Derevyanchenko], and honestly, I didn’t think he won the fight. But I think it’s the right time for Canelo to convince his fans that he is the great Canelo Alvarez by beating GGG in a spectacular fashion, and this will be the next one.

“He [Canelo] will,” said Diaz in predicting a knockout win for Canelo over Golovkin in the trilogy fight. “I can see it on Gennady Golovkin in his last fight. Canelo, right now at this moment, he will knock him out and stop him,” said Diaz.

Given Canelo’s stamina problems and low punch output, he’s not capable of knocking out a fighter like GGG. Canelo can stop fighters like 36-year-old Sergey Kovalev, Rocky Fielding and Amir Khan, but NOT Golovkin. As much hype Canelo gets, he’s not a knockout fighter at 160 and above. Yeah, he knocked out Kovalev, but he’s clearly over-the-hill at this point in his career.

The International Boxing Federation might have been better off to wait until Szeremeta beat a quality contender before making him their IBF mandatory for Golovkin. Right now, Szeremeta has an incredibly weak resume filled with lower level opposition. It’s not surprising that Szeremeta is still undefeated because he’s had a lot of record-padding fights against poor opponents.

These are the last 10 opponents for Szeremeta:

Golovkin is being unfairly criticized by boxing fans for him facing Szeremeta in his next fight. After all, it wasn’t GGG’s decision for Szeremeta to be made his IBF mandatory. That was the sanctioning body’s decision to make him his mandatory.

The boxing public would prefer to see Golovkin face Sergey Derevyanchenko in a rematch. Derevyanchenko (13-2, 10 KOs) gave Golovkin all he could handle last month in their fight on October 5 at Madison Square Garden in New York. Golovkin won the fight by a close 12 round unanimous decision by the scores 115-112, 115-112 and 114-113.

“I had Derevyanchenko 8 to 4 in three points 115 to 112 because of the knockdown GGG scored,” said Max Kellerman to ESPN. “I could have seen it 7 to 5 for Derevyanchenko, but it’s hard for me to see GGG as the winner here. This is now the fourth fight in a row against a top middleweight that GGG has gone the distance. Before he faced Daniel Jacobs, the best middleweight that he’d been in with up to that point, Golovkin had stopped 23 consecutive opponents.

“Many were world class, but NONE of them were elite middleweights. As soon as he started facing the best in the division, the very best, the knockouts stopped. Even the winning has slowed down. Jacobs [vs. Golovkin] was close. I thought GGG won the first Canelo fight, but was given a draw. I thought he lost the rematch, and the judges agreed.

“So including the Derevyanchenko fight, GGG is officially 2-1-1 with no knockouts in his last four fights against top middleweights, the only fights he’s had against the cream of the crop at 160 pounds in his entire career. On my professional card, he’s 500 against those top guys,” said Kellerman.

Golovkin hasn’t looked great in his fights against Canelo, Derevyanchenko and Daniel Jacobs. Those were tough fights for him, but he could have done better if he’d pressed the action. When Golovkin was coming forward against all three of those guys, he performed well.

Kellerman: Did Golovkin thrive because of inferior opposition?

“Yes, sandwiched between Canelo and Derevyanchenko, GGG knocked out Steve Rolls, who was undefeated, but not considered on this level,” continued Kellerman. “But even Rolls seemed to have an easy time landing his own big shots. That was always the question about GGG.

“Did he look like the boogeyman because he was facing inferior opposition, and as soon as he stepped up, he got exposed? Or was it simply a shame that he couldn’t land big fights while he was in his prime? By the time he did land those big fights, he was framed as overrated because by then, he was too old to show what he would have really done once upon a time. 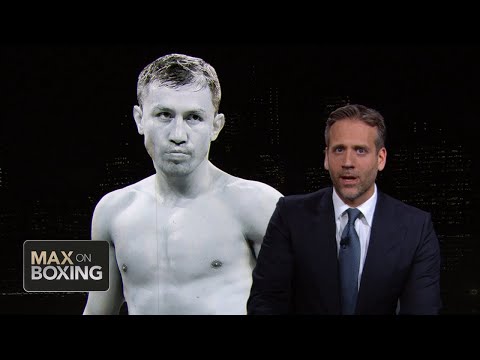 “The most unsatisfying and the most sensible answer is it’s some of both,” said Kellerman about Golovkin. “I’ve been accused of shilling for GGG when I was at HBO. I never did. I thought he was the best value for your entertainment dollar in the entire world back then. But I never had him as the best pound-for-pound fighter.

“I don’t think I even had him high as #3. He hadn’t proved it yet. But I suspected that when given the chance, he would give a good case as Floyd Mayweather, Manny Pacquiao or Andre Ward. But better I would say than Canelo, who I expected him to beat convincingly. Looking back, he never did prove it, and looking ahead, I don’t think he ever will,” said Kellerman.

We’ll never know for sure whether Golovkin’s success was because he was facing inferior opposition. All we know is he didn’t fight Jacobs and Canelo until he was 35-years-old. It’ll be interesting to see how Jacobs and Canelo perform when they’re 35, taking on the best. Will they still look great?

Nevertheless, Gennadiy Golovkin is still an excellent, if aging fighter, that still makes terrific fights, and is in a weight neighborhood that offers some excellent opponents, provided Team GGG willing to get in their with him to land those top opponents, and not simply wait for a third Canelo fight that may never come,” said Kellerman.

Canelo will probably face Golovkin in 2020 simply because of the pressure being put on him by DAZN. Further, Canelo must fight good opposition, and a lot of those guys would give him major problems. Canelo could lose to Callum Smith, Artur Beterbiev, Dmitry Bivol or Demetrius Andrade. He’s expected to face the weakest of the super middleweight champions in Billy Joe Saunders next May, but that fight is only going to buy him time.

The boxing world is still going to expect Canelo to fight the likes of Beterbiev, Bivol and Callum Smith.