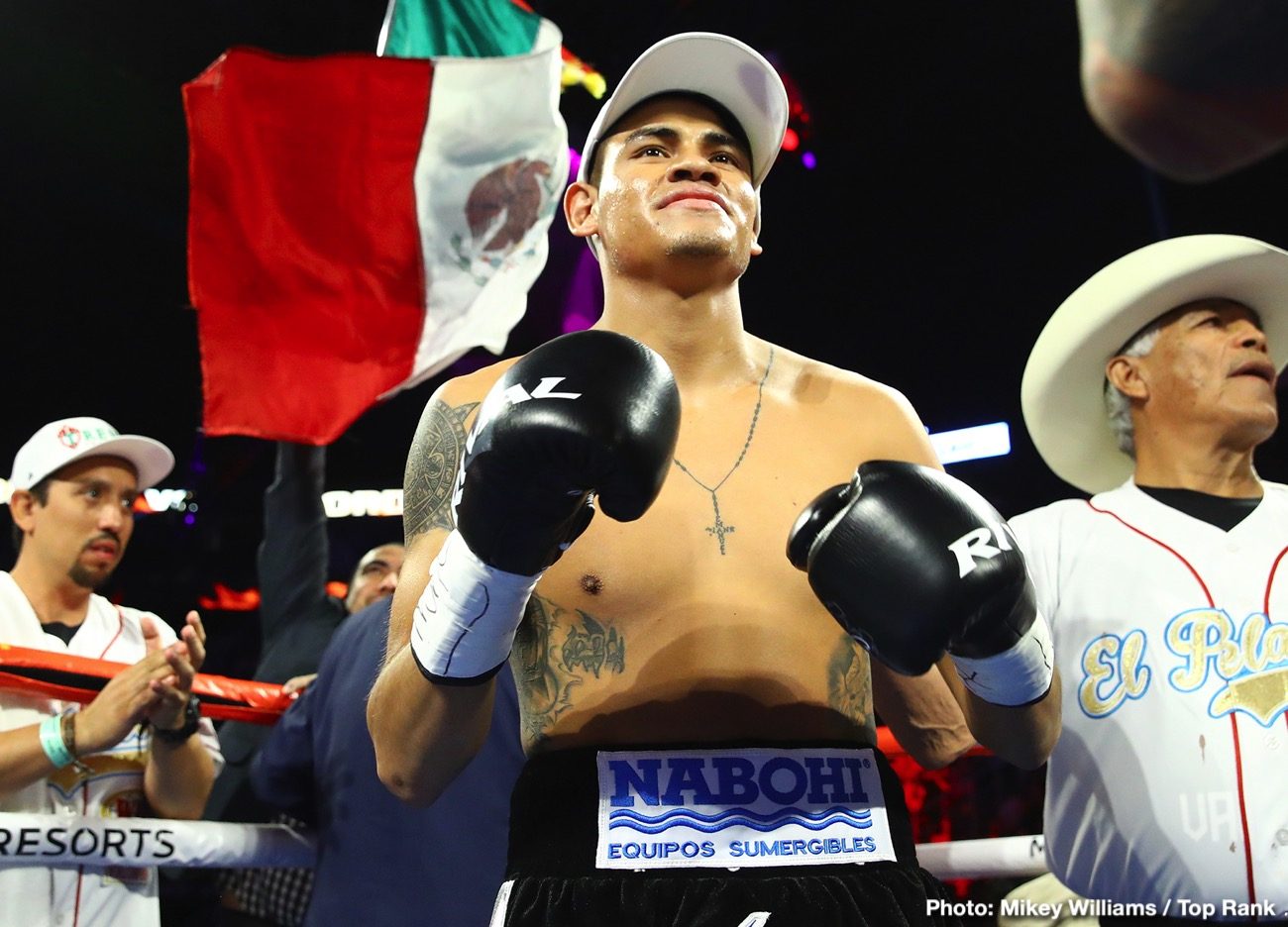 By Aragon Garcia: It’s now OFFICIAL that WBO super bantamweight champion Emanuel Navarrete (29-1, 25 KOs) will be making his next defense of his title against the capable Francisco Horta (20-3-1, 10 KOs) on December 7 at the Auditorio GNP Seguros, in Puebla, Mexico.

Navarrete is looking to win his fourth consecutive knockout in 2019 in defending his WBO 122-lb title. Horta, 26, is going to need to do all he can to try and go the 12 rounds with Navarrete, because he plans on making him knockout victim number 26 on December 7.

It’s been an incredible year for Navarrete with him beating Isaac Dogboe in a 12th round knockout in their rematch last May. Since then, Navarrete has breezed through his last three challengers in slicing through them like they were butter. None of them were able to stand up to Navarrete’s incredible power.

“I am very happy, I already want to get in the ring, and I am a professional in all aspects,” said Navarrete at his news conference.  “I am training very hard. This championship cost me a lot to win and therefore I want to defend it with all my heart and all my desire. I thank the authorities of Puebla for the opportunity to introduce myself here.”

Navarrete could be Top Rank’s next star

While Vasiliy Lomachenko and Terence Crawford are the ones that have gotten a lot of press with Top Rank over the years, Navarrete is the fighter that may pay off for them to become a star.

Crawford and Lomachenko haven’t been able to make the leap to super stardom, but Navarrete, 24, may soon be the one that is transformed into a MAJOR attraction.

The talented Mexican knockout artist Navarrete has shaken up the boxing world in the last year with his knockout wins over Isaac Dogboe, Francisco De Vaca and Juan Miguel Elorde.

Navarrete predicting a knockout of Horta

“I am happy to return to Mexico (as world champion),” said Navarrete. “It was a wave of fights where there were many new things for me in my career, and I feel very excited to fight in Mexico. What I have left is to thank you and guarantee that the fight will be good. Expect a knockout. Panchito wants to blow my head, so it will be a great fight,” said Navarrete.

Horta is coming into the fight with Navarrete having won his last 10 fights, and he’s been looking good. He hasn’t lost since 2016, and he’s showing that he’s improved on the flaws that he had in his game earlier in his career.

Navarrete will need to go after Horta from the opening bell if he wants to knock him out, because he’s not going to give up and quit on his knees.

“On December 7 people will meet me. Expect a war. We are going for the world championship, ”said Horta.

A fight against Naoya Inoue is one that could take Navarrete’s career to the next level. He needs a win over a marquee name like the unbeaten Inoue (19-0, 16 KOs), and that’s a fight that is possible. Top Rank Boxing signed Inoue last week to a multi-year contract, and they need to match him against talented fighters.

Putting Inoue in with Navarrete would be perfect once the Japanese fighter moves up to super bantamweight. Inoue currently holds the IBF/WBA bantamweight titles, and he plans on unifying the division. There’s not much standing in inoue’s way from him unifying the bantamweight division. He just needs to beat WBC champ Nordine Oubaali and WBO champion Zolani Tete.

Whether the Narerrete-Inoue fight takes place will depend on how Inoue performs in his attempts to unify the 118-lb division.


« Pulev to jump ahead of Usyk to face Joshua vs. Ruiz 2 winner