Canelo NOT as talented as Crawford and Lomachenko – Bob Arum 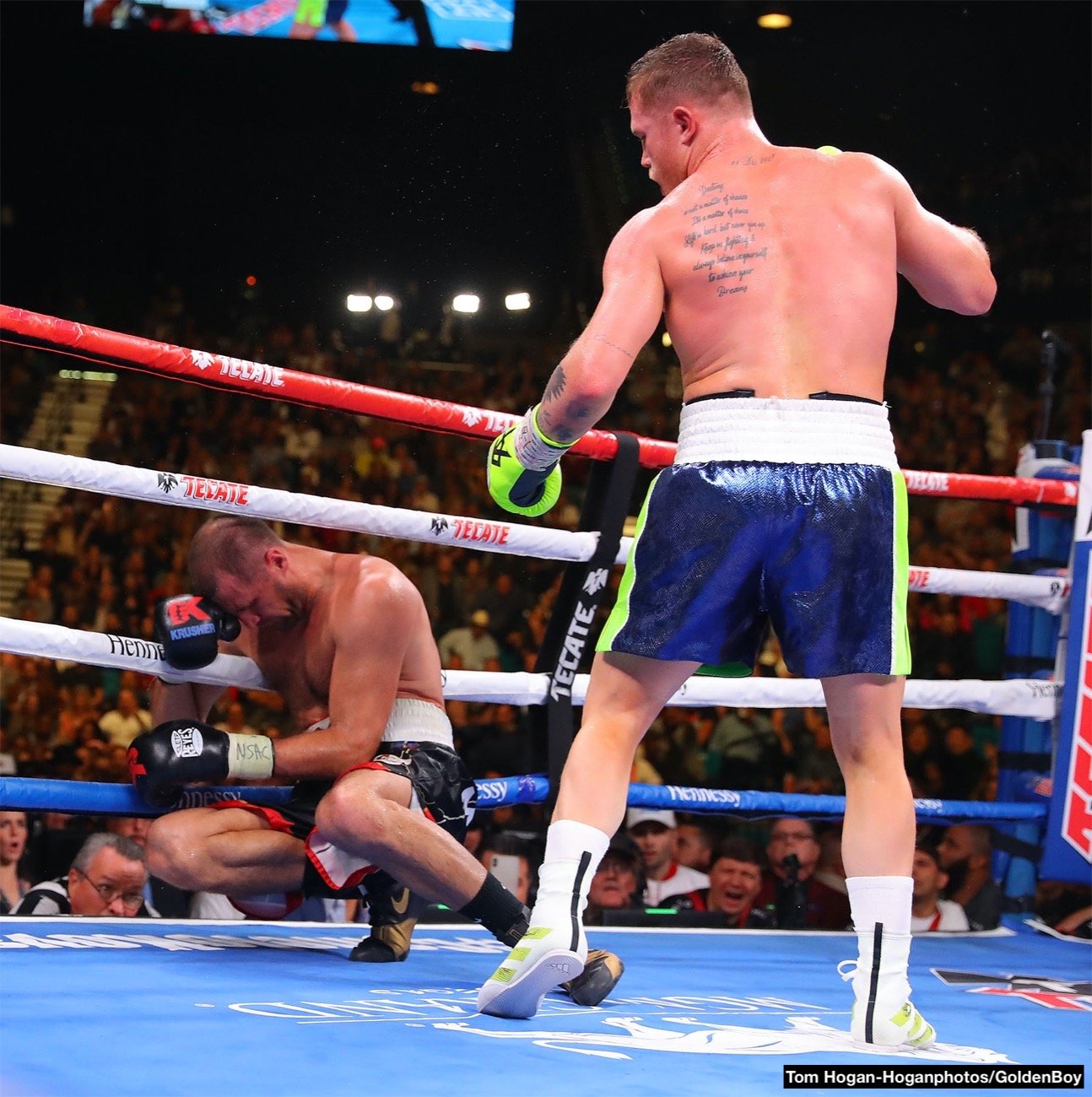 Bob believes that Crawford and Lomachenko are the best fighters in their weight classes of all time. That means that Arum rates Crawford as being better than Floyd Mayweather Jr., Manny Pacquiao and Sugar Ray Leonard, to name just a few. As for Lomachenko, he hasn’t even proven that he’s better than lightweights in this era, let alone from past eras. Devin Haney and Gervonta Davis would both be a handful for Lomachenko, and take advantage of his age.

Canelo has the better resume than Crawford and Loma, and there’s no comparison. Those two fighters have been winning world titles against lesser champions, whereas Canelo has beaten solid fighters to win his belts.

What’s more important than being rated #1 pound-for-pound is the popularity of fighters, and Canelo is clearly more popular than Crawford and Lomachenko in Northern America.

Crawford and Lomachenko are better than Canelo

‘Is Canelo the best fighter out there? No. I think [Terence] Crawford and [Vasiliy] Lomachenko are better talents, and better fighters,” said Arum to Fighthub. “Is Canelo a tremendous fighter? Yes, but again, I don’t think it’s necessarily the opposition you fight, it’s the talent you have. Canelo is a talent that we’ve seen before.

“Does Canelo have more talent than Marvin Hagler? I doubt it? But again, you get Lomachenko and Crawford, they may not only be the best in their weight class now, but in their weight class in history. That’s the difference, and that’s how I rate pound-for-pound. Is he one of the best pound-for-pound in the world? Yes, there’s not even a question,” said Arum about Canelo Alvarez.

“Is he the best pound-for-pound fighter? No, I don’t think, because I don’t think, as good as he is, he’s as talented as Crawford and Lomachenko. There was nothing news that happened that week,” said Arum.

Crawford doesn’t look as talented as Sugar Ray Leonard, and it’s hard to see him beating a prime Thomas ‘Hitman’ Hearns. Those two are better than Crawford in this writer’ view, and a prime Mayweather and Pacquiao are above him as well.

If Arum wants Crawford and Lomachenko to be seen as great fighters by the boxing public, then he needs to start matching them against good fighters. Since he’s having problems getting opposition for Crawford, he should move him up to 154, and have him take on guys like Jermall Charlo, Jarrett Hurd and Tony Harrison.

“One fight that you can be confident wasn’t fixed was that fight,” said Arum to Fighthub about the Canelo vs. Kovalev fight. “Kovalev, I had him ahead on the scorecards, and I thought it was a tremendous fight. In the end, he ran out of gas a lot due to the fact that Canelo started putting pressure on him, and going to the body and he knocked him out. You don’t fix a fight by sticking out your chin, and having another guy concuss you.

“It was a good fight, both guys fought well. Canelo deserve the victory, because he wasn’t discouraged by a jab that was keeping him at bay early on.

“I enjoyed watching that fight. The problem is, they haven’t seen Kovalev’s recent fights. After [Eleider] Alvarez knocked him out, Kovalev beat him with a jab [in the rematch], and he realized his jab is a potent weapon.

“Early on, he [Kovalev] did that with [Anthony] Yarde until he got to him in the 8th round. Then he recovered and knocked Yarde out. So you have to understand, the Kovalev that people remember, the big brute that came in, throwing haymakers with a lot of success, again, looking at the caliber of opposition. That changed when Kovalev when to Buddy McGirt as his trainer. Buddy made him into a much better fighter,” said Arum.

Kovalev wasn’t fighting like normally does from the earliest moments in the fight, and no one knows what was wrong with him.

Arum talks about Canelo being at odds with De La Hoya

“Everybody involved in boxing, particularly the business of boxing, know that Canelo and Oscar [De La Hoya] were at odds, and Canelo was at odds with Golden Boy for some of the things that he said they allegedly did, Arum said. “Again, this has happened to me, and other promoters, were a fighter rightfully or wrongly, feels they’ve been disrespected or wronged by their promoter, and therefore there’s some contentiousness.

“So I’ve known for months that this was the case with Oscar and Canelo, and it may continue to be the case. But was I surprised when it surfaced that week, no. Like with any dispute, there is no right or wrong. There’s right on Canelo’s side, and there’s some right on Oscar’s side, and I don’t know all the facts. So obviously, I can’t judge it, because unless you know all the facts, it’s not right that you judge the situation,” said Arum.

Canelo and Golden Boy Promotions boss Oscar De La Hoya looked like they were getting along fine during the final news conference for the Canelo-Kovalev fight, and perhaps things are good with them now.

When Canelo’s contract with Golden Boy Promotions runs out, we’ll see if he re-signs with them or not. If he any gripes with them, then perhaps he’ll move on to another promoter. If not, then he’ll likely stay with them.