Canelo looking POWERFUL, already in gym training for next fight 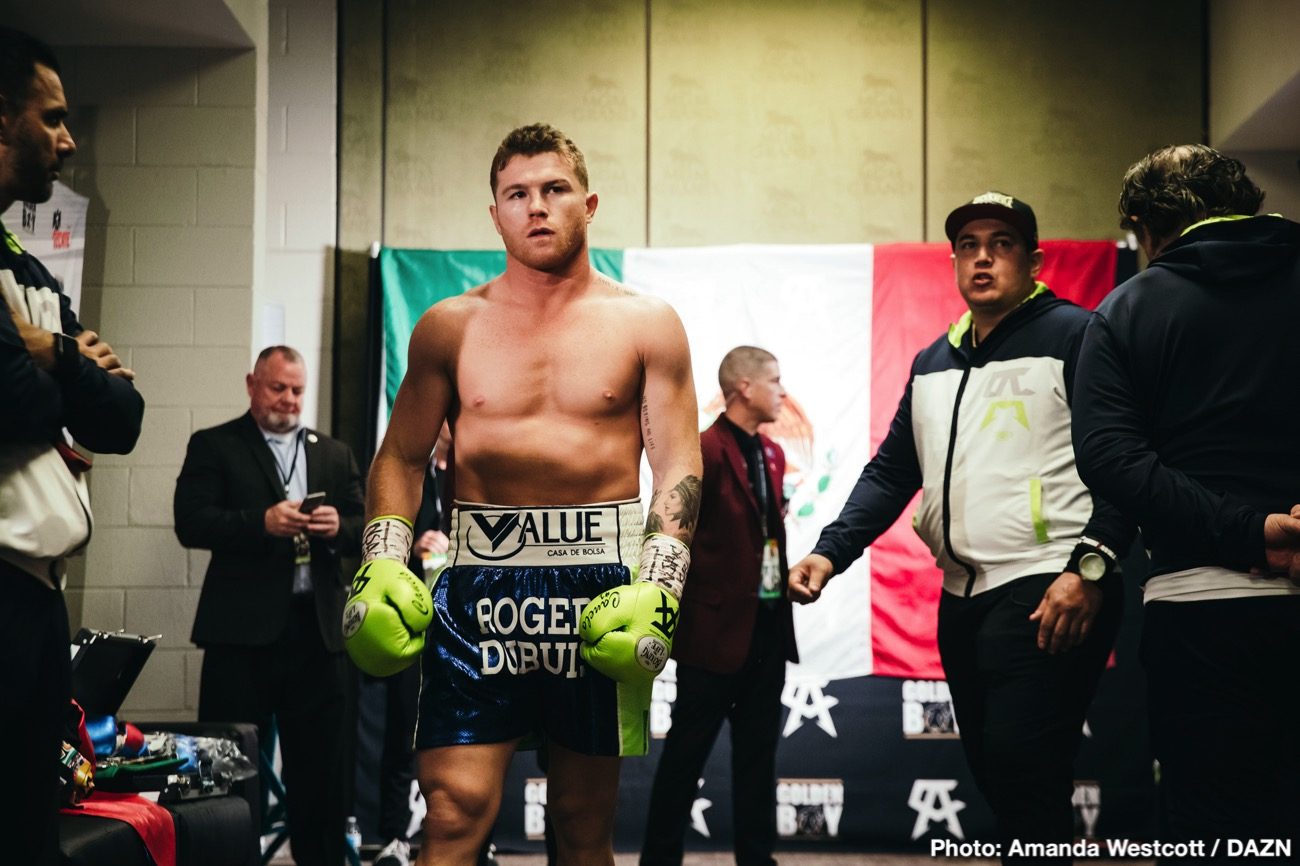 By Aragon Garcia: Not even two full weeks since his 11 round annihilation of Sergey Kovalev at 175, and Saul Canelo Alvarez is ALREAdY back in the gym dedicating himself to his craft in staying ready for his next fight. Canelo is working hard looking to prepare for greatness in 2020.

The four division world champion Canelo Alvarez (53-1-2, 36 KOs) last fought on November 2 in ripping the WBO light heavyweight title from the former baddest man in the 175-lb division in Kovalev (34-4-1, 29 KOs) at the MGM Grand in Las Vegas, Nevada. With greater mountains to climb, Alvarez, 29, doesn’t want to sit on his laurels and take it easy. He’s back training for his next fight.

Canelo’s next fight will take place in May 2020. There’s still no opponent for Canelo, but some believe that he’ll fight WBO super middleweight champion Billy Joe Saunders. There’s no demand for that fight among the American boxing fans. British promoter Eddie Hearn wants Canelo to fight Saunders, but he obviously has personal reasons for wanting him to do so.

Hearn needs to deliver Saunders a fight, and Canelo would help him satisfy that requirement. Unfortunately, it would come at the expense of U.S boxing fans, who don’t want to see that fight. They had to sit through a match between unskilled novice fighters that Hearn put together last weekend between KSI and Logan Paul. The fans don’t want to see Canelo fight a guy that doesn’t belong inside the ring with him like Saunders.

The fans are undecided on who they wish Canelo to fight next. Some want to see Canelo face Gennadiy Golovkin a third time. Other fans wish for Canelo to face Demetrius Andrade or Jermall Charlo. Golovkin can’t be the one though. He’s fighting in January or February in defense of his IBF middleweight title against Kamil Szeremeta. That leaves him out of the picture for Canelo’s May fight.

Will Canelo tackle greatness at cruiserweight?

Several weeks ago, Canelo brought up the possibility of him fighting at cruiserweight in going after his 5th division world title. He looked very serious when he mentioned this. If that’s the plan, it’s smart for him to be in training right now because he’s going to need to be at 110% to win a world title in the 200-lb division. The World Boxing Council cruiserweight belt is vacant at the moment, and there’s a great opportunity for Canelo up there.

Ilunga Makabu would be the one that Canelo would face for the vacant WBC cruiserweight title if he were to make the move up in weight. Of course, the WBC would have to agree to let Canelo fight for their cruiserweight title. Considering that Canelo holds the WBC Franchise middleweight title, the sanctioning body might be amenable to that.

There are no mountains for Canelo to climb at 160, 168 and 175. He already captured world titles in those weight classes, and it won’t be as great an accomplishment for him to return immediately.

These are the other fights at cruiserweight available to Canelo: