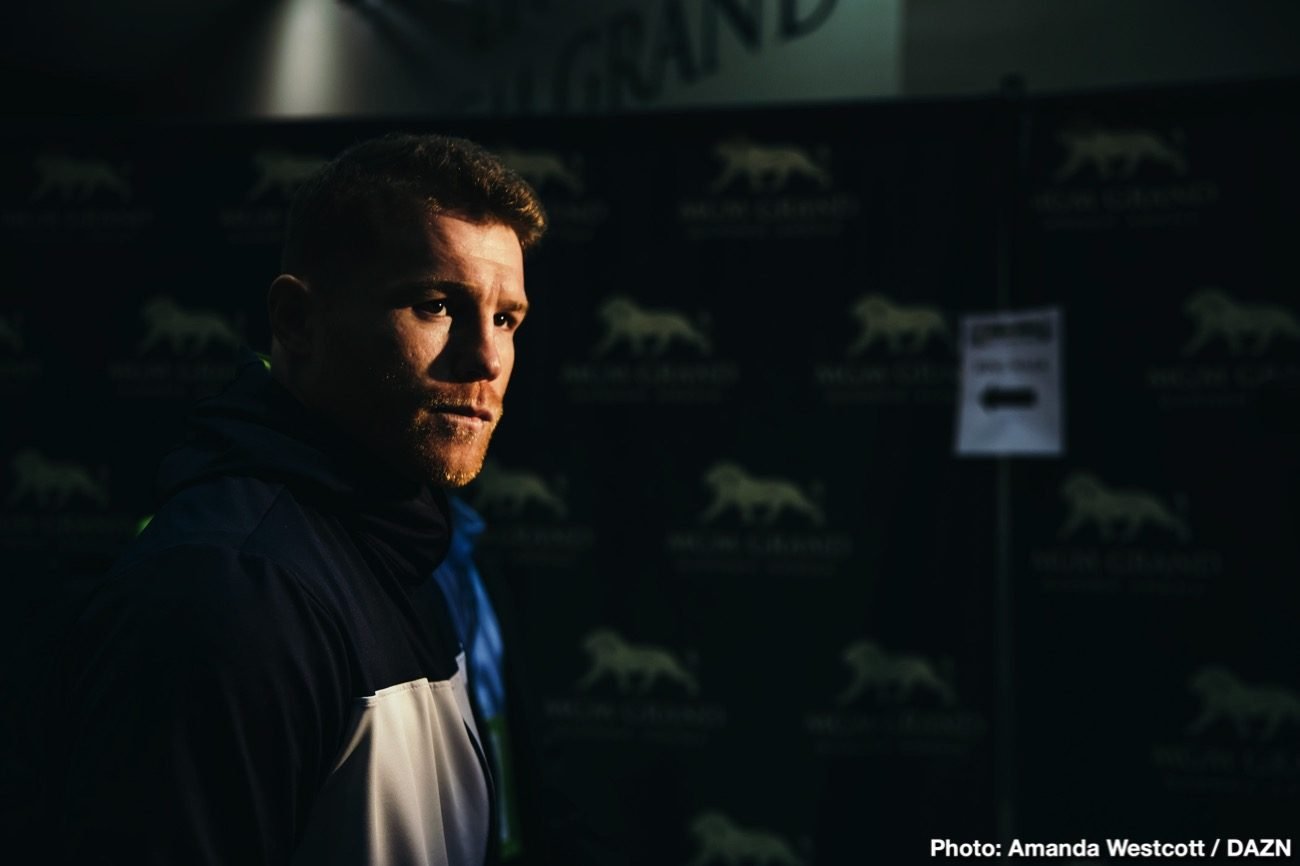 By Dan Ambrose: Saul Canelo Alvarez says he wants a rematch with Floyd ‘Money’ Mayweather Jr. now that the former six-division world champion star is talking about coming back out of retirement in 2020 for 2 fights. It’s clear that Canelo is still nursing hurt feelings from his loss to Mayweather, and he wants a chance to avenge the defeat.

Alvarez had his chance against Mayweather

Unfortunately for Canelo, he had his chance against Mayweather, and he didn’t have the talent to beat him. Canelo’s size, youth and power advantage weren’t enough for him to beat Mayweather at the tail end of his career.

It’s academic at this point that Canelo will never get a rematch with Mayweather.

The defeat really bothered Canelo, because he wanted to preserve his unbeaten record, but Mayweather was unwilling to stand and brawl with him. At this point, Canelo wouldn’t get any credit even if he beat the 42-year-old Mayweather.

Floyd has gotten too old for him to beat Canelo like he did six years ago. The only thing Canelo would stand to gain in fighting Mayweather right now is a big payday, and nothing else.

Mayweather is old and he hasn’t been active against professional boxers since 2015, and he’s got nothing left.  Floyd’s last fight against a quality fighter was in 2015 when he fought an injured Manny Pacquiao. Although Mayweather has fought three times since the Pacquiao fight, they were against lesser guys in Andre Berto, Conor McGregor and Tenshin Nasukawa. The latter two fighters are MMA guys with no experience in boxing. Those were payday matches for Mayweather, and not intended to be competitive fights.

“I have always imagined it (the rematch against Mayweather), but more than a defeat it is an apprenticeship,” Canelo said to ESPN Deportes. “I would love to, but I don’t think he’s turning around here.”

Canelo was completely overmatched against Mayweather

It was a mismatch from start to finish, and no way did Canelo deserve a draw. The only reason Canelo won any rounds is that Mayweather took his foot off the gas pedal after building an insurmountable lead through the first 8 rounds of the fight. He took it easy on Canelo in the championship rounds.

Alvarez too big for Mayweather now

Canelo’s weight increase will make it all but impossible for him to get a rematch with Mayweather. With Canelo having recently captured the WBO light heavyweight title against Sergey Kovalev last November, Mayweather isn’t going to want to fight him now.

Canelo would likely have a 20-pound weight advantage over Mayweather if they fought, and that’s just too much of a size  advantage for the Mexican star. Mayweather isn’t going to put himself at a tremendous disadvantage against Canelo, and the Mexican star realizes that. In their fight in 2013, Canelo fought Mayweather at a 152-lb catchweight. Canelo wasn’t happy about the catchweight, but it was something he had to do in order to get the fight.

Mayweather WON’T be fighting Canelo in 2020, but there’s a possibility that he could face Manny Pacquiao. That’s a name that is being mentioned as the fight that the 42-year-old Mayweather wants, considering their previous fight in 2015 broke pay-per-view records in bringing in 4.3 million buys. In contrast, Mayweather’s fight against Canelo only did half the numbers at 2.2 million buys.

“I don’t want to fight him (GGG). For me it doesn’t represent anymore, “said Canelo in ruling out a third fight with former IBF/WBA/WBC middleweight champion Gennadiy Golovkin (40-1-1, 35 KOs). “I have other goals too, and I already gave him 24 rounds and that’s all.”

Canelo and Golovkin have fought twice with the first match being scored as a draw and the second one being won by the Golden Boy star. Many boxing fans believe that the two fighters are 1-1 in their two-fight rivalry, due to Golovkin being given a raw deal in his first fight with Canelo in 2017. GGG appeared to win by an 8 rounds to 4 score, but the judges scored it a draw.

One judge even scored it for Canelo 10 rounds to 2. It was clear that Golovkin had no chance of winning the fight with this set of judges. He made the mistake of agreeing to fight Canelo in Las Vegas instead of a neutral city outside of Nevada.

Canelo has pressure on him to fight GGG again

DAZN wants Canelo to make the third fight with Golovkin, and it appears that he’s stalling for some reason. Does Canelo want DAZN to give him a bump up in pay for the $365 million contract that they’re already paying him?

It was assumed that when Canelo signed his 11-fight deal with DAZN that a third fight between him and Golovkin would be part of that contract, but that doesn’t look like the case.

Golovkin captured the vacant IBF middleweight title with a hardfought 12 round unanimous decision over Sergiy Derevyanchenko on October 5 in New York. The results fight were controversial with boxing fans, as they thought Derevyanchenko had done enough to deserve the victory. However, Golovkin dropped Derevyanchenko in round 1, and was landing the harder shots throughout the contest.